Tears flowed in an emotional parting with the pro-European Union members of the British delegation to the European Parliament on Wednesday.

While Nigel Farage led his anti-EU party in a provocative Union Jack-waving farewell, a spontaneous rendition of Auld Lang Syne swelled across the circular assembly chamber:

For some, the singing of the traditional Scots folk song expressed the hope that an independent Scotland might find its way back one day to the European Parliament.

Nothing drastic has happened since Britain’s divorce with the EU became fact at midnight on Friday. And yet, suddenly everything is different. The point of no return has been passed.

Divorces are almost always messy, and this one is no exception. The next eleven months of intense and frantic negotiations will determine how hard this Brexit will be. The 2016 referendum vote won on the smallest of margins would seem to me to be a vote for the softest of all Brexits – but that doesn’t seem to be the way British politics works.

Children usually suffer the most from divorce. Many young people now feel blocked from belonging to a broader community by those hankering for the ‘good old days’ when Britannia ruled the waves.

Brexiteers have a point. All is not well in the heart of the EU. Seventy years ago this year Robert Schuman chose to forgive and embrace France’s age-old enemy of Germany by proposing the European Coal and Steel Community. However, he would not be happy with everything the EU stands for today.

Schuman insisted from the start that integration should be gradual; that it should be transparent; and that it needed to be democratic. The project must not be seen as primarily economic and technological, he stressed: it needed a soul.

In 1992, Jacques Delors, the then-retiring president of the European Commission, told political, civic and religious leaders, ‘If we have not found a soul for Europe within the next ten years – and by soul I mean spirituality and meaning – the game will be over.’

Nearly three decades after his deadline, it is becoming more obvious that the root malady of the European project is soullessness, spiritual impoverishment. Schuman’s vision of humanity was of spiritual and social beings – shared by his German and Italian colleagues Adenauer and De Gasperi. For him, people, not economics, should be central to the vision of the EU. The soul of Europe – its life-source of values, meaning and solidarity – was the Christian understanding of God, humanity and reality: lose that and you lose Europe. His vision was for ‘a community of peoples (not nations) deeply rooted in basic Christian values’.

It may surprise many that Schuman, Adenauer and De Gasperi built on foundations at least partially laid by Winston Churchill in Missouri, March 1946, when he declared that ‘from Stettin in the Baltic to Trieste in the Adriatic, an Iron Curtain has descended across Europe’. Outraging the Russians, upsetting President Truman and prompting a parliamentary motion of censure, his provocative speech also called for ‘a new unity in Europe from which no nation should be permanently outcast’.

Six months later in Zurich, Switzerland, Churchill developed this idea further. As a remedy to the ‘series of frightful nationalistic quarrels’ which had wrecked the peace in Europe, he proposed ‘to recreate the European Family… and provide it with a structure under which it can dwell in peace, in safety and in freedom. We must build a kind of United States of Europe.’ Only a year after the war’s end, Churchill stunned his audience by proposing reconciliation with defeated Germany, and calling for France and Germany to enter into a partnership to build a kind of United States of Europe: ‘We must all turn our backs upon the horrors of the past and look to the future.’

Again we need to look to the future. We must recognise that the shift over the years from spiritual to secular foundations, warned against by Schuman, has undermined sustainability. For as the eminent German jurist Ernst-Wolfgang Böckenförd observed: ‘The liberal, secular state lives from conditions that it can not guarantee itself.’

‘A strong Europe in a world of challenges’ is the theme of the current Croatian EU presidency. But a strong Europe needs solid foundations. Come and explore this theme with us at this year’s State of Europe Forum in Zagreb, May 8 & 9, on the seventieth anniversary of the Schuman Declaration.

One response to “A Messy Divorce” 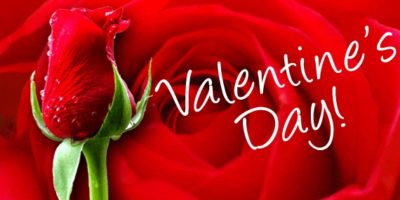 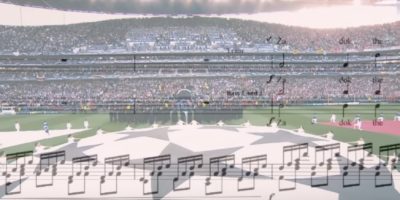