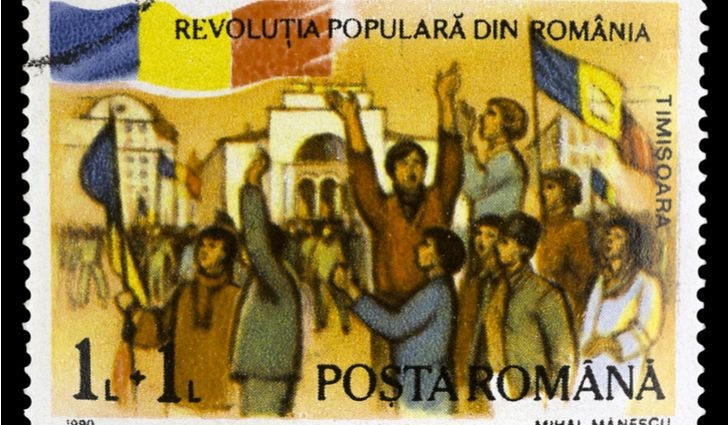 The eleventh in a series on the spiritual revolution behind the fall of communism thirty years ago.

The end of dictator Nicolae Ceauçescu and his wife Elena began in late 1989 when a Reformed pastor and his congregation stood openly against government abuse of human rights.

Ceauçescu ruled Romania for 24 years, from 1965 to 1989. The first years saw relative liberalisation and an open attitude towards the West. Things changed dramatically in July 1971, however, after Ceauçescu visited China, North Korea, North Vietnam and Mongolia and observed first hand the personality cults there.

He returned to initiate a cultural revolution of extreme nationalism and isolation from both the West and the Soviets. Indoctrination programmes were initiated. Severe austerity followed. Soon Elena Ceauçescu became the second most powerful person in the nation. Living standards fell. Food rationing was introduced. Television streamed only two hours a day, mostly speeches by the dictator and Party officials. The Securitate, or secret police, monitored all aspects of citizens’ lives, and criticism of the Party was punished with imprisonment and torture. Church meetings were illegal. Trust between family and friends was almost totally undermined.

Widespread social unrest was aggravated by extravagant and prestigious building projects while the people suffered great austerity–such as the so-called House of the People (the current Parliamentary Palace where the State of Europe Forum was held last May). Protests starting in 1987 in Brasov, and then in November 1989 in Cluj-Napoca and Bucharest, were severely suppressed.

László Tökés, a Hungarian Reformed pastor living in Timișoara, had earlier criticised the government on Hungarian television for undermining Hungarian faith and culture. The government accused him of inciting ethnic hatred and ordered him to move to an isolated village. He refused to go. Power to his house was cut off and his ration book was confiscated. Church members rallied to support him. Some were arrested and beaten; one was murdered in the woods.

News about a court order for his eviction by December 15 spread from radio broadcasts beamed in from outside the country. At the previous Sunday service, Tökés asked his congregation to come to witness the eviction. Church members began a vigil outside his flat, forming a human chain around the block and denying militia access.

December 16: The crowd swelled with Baptist, Catholic and Orthodox believers, along with many students joining the growing protest. Crying ‘Down with Communism!’, the crowd moved from Tökés’ apartment towards the Communist Party headquarters.

December 17: When riots and protests resumed, rioters broke into a government building attempting to burn it down. Securitate and police were unable to control the riots, so the military were sent in with armoured cars, tanks and helicopters. Chaos ensued. Around 100 people were killed. Militia drove protestors back with water cannons, which the crowd seized and threw into the river.

December 18: Soldiers and Securitate agents in plainclothes guarded the main square. Martial law was declared. Groups of more than two persons were banned. Yet thirty young men gathered at the Orthodox cathedral, waving a Romanian flag with the Communist emblem cut out. They started to sing ‘Awaken thee, Romanian!’, a patriotic song banned since 1947, and waited for the bullets to be fired. Several were killed or seriously injured, while others escaped.

December 19: Workers went on strike in sympathy with the protestors.

December 20: Workers mobilised en masse and joined with others in the city centre, to make a crowd of 100,000 in what is today Piața Victoriei, Victory Square. They began chanting anti-government slogans.

As Ceaușescu was himself in Iran at the time, Elena had sent the prime minister and the secretary of the Central Committee to Timișoara to meet with a delegation of the protestors, who demanded the dictator’s resignation.

Instead, authorities trained in thousands of workers from factories from out of town armed with clubs and instructions to ‘crush the riots of Hungarians and hooligans’. Quickly realising what was going on, they joined the demonstrators. The army was forced to retreat. That same day Timișoara was declared the first free city of Romania.

Back in Bucharest, having just returned from Iran, Ceauçescu held a speech to condemn developments in Timișoara, claiming the protesters were in collusion with foreign powers, and called for a mass rally in his support the next day.

December 21: Midway through the speech, the huge crowd bused in to give the appearance of support for Ceauçescu began booing him, live on national television. Some chanted ‘Ti-mi-șoa-ra! Ti-mi-șoa-ra!’

Realising their plight, Ceauçescu and his wife had to flee in a helicopter, only to be arrested, tried and executed on Christmas Day.

December 22: As news spread of the overthrow of the dictator, a crowd of 150,000 gathered in the central square in Timișoara. Baptist pastor Peter Dugulescu invited them to recite after him the Lord’s Prayer. Later he recalled his surprise at the ‘strong religious accent after so many years of atheistic education’. Kneeling on the frozen ground, they recited the prayer and shouted together, ‘God exists! God exists!’ – a cry spontaneously repeated throughout the day. 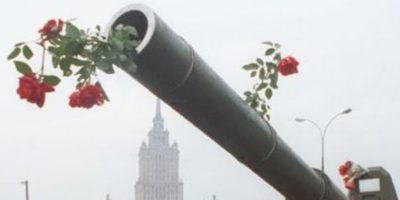 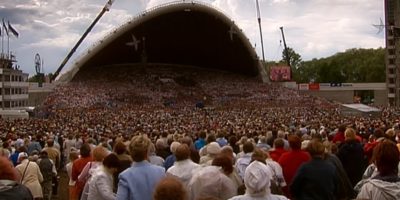