It was a time to weep and mourn last Friday in Hagley Park, Christchurch, when the National Remembrance Service was held for the 50 victims of the white supremacy terror attack, which took place exactly two weeks earlier in the Al Noor Mosque just a few hundred metres away.

Garbed in a Maori ceremonial cloak, New Zealand’s prime minister, Jacinda Ardern, spoke to the 25,000 present–and a global audience of millions–of a “responsibility to be a place that is diverse, welcoming and compassionate. But even the ugliest of viruses can exist in places where they are not welcome. Racism exists but it is not welcome here. An assault on the freedom of anyone of us to practise our faith or religion is not welcome here. We are not immune to the viruses of hate, of fear, of ‘other’. But we can be the nation that discovers the cure.

“We have much work to do,” she continued, “but do not leave the job of combatting hate to the government alone. We each hold the power in our words, in our actions, in our daily acts of kindness. Let that be the legacy of March 15: to be the nation we believe ourselves to be.

“Ours is a home that does not and cannot claim to be perfection, but does strive to be true to the words embedded in our national anthem”.

She then quoted the following stanza:

Men of every creed and race, Gather here before Thy face,
Asking Thee to bless this place, God defend our free land.
From dissension, envy, hate, And corruption guard our state,
Make our country good and great, God defend New Zealand.

The standing ovation the crowd gave to their prime minister echoed the global affirmation she has received for her compassionate and inclusive response to the terror killings, her wearing of a headscarf to say ‘we are you’, her refusal to speak the name of the perpetrator, her swift action in outlawing semi-automatic guns and her gentle rebuke of the American president’s failure to condemn white supremacy, racism and Islamophobia. The NY Times ran an editorial with the heading: America Deserves a Leader as Good as Jacinda Ardern. Her choice to read the stanza about making ‘our country …great’ was surely a subtle comment on true greatness.

In New Zealand on a short visit, I have heard only positive reports from Christian sources on the almost ‘Christian’ response to the attacks from the Muslim community, of forgiveness and of love in place of vengeance and hatred. A doctor friend told me how many Muslim migrants had come to New Zealand to be safe from the violence in their home countries, including the victims from Pakistan, Ethiopia, Somalia, Syria, Afghanistan, Jordan and Indonesia.

Last Friday was also a time to laugh and dance. In a programme planned long before the terrorist attack violently disrupted lives, plans and schedules, a celebration took place in a mega-church auditorium in Auckland marking fifty years of the global worship movement. Many observers have recognised that this movement began in the late ’60’s in New Zealand. That is when a young couple, assisted by two young brothers, entered a studio one Saturday morning and recorded eleven songs in three hours, resulting in a 45 rpm extended play recording called Scripture in Song. That was to become the first of countless recordings made in studios around the world by David and Dale Garratt, together with countless musicians and singers.

In the Scripture in Song 50th Celebration, David and Dale gathered friends and artists from around the world, in the flesh and via video, to look back in gratitude at the enormous influence of this movement. Riding on the charismatic movement, it transformed church singing into true heartfelt worship to God, eventually spilling over into ethnic diverse reality of the people of God. Polynesian, Maori, and Nashville singers, dancers and musicians joined with the audience to celebrate how God had taken a small mustard seed to create a global movement. Karen Lafferty (Seek ye first), Bob Fitts, Jamie Owens, Evie Tornquist, Darlene Zschech, Fletch Wiley, Brent Chambers and Steve Apirana were among the many internationally-known songwriters and artists who expressed their debt to the Garratts for inspiring their own ministries.

As one of the two brothers who sang on the very first recording, I too owe a great debt to David and Dale for my own worship ministry in the 1980’s in the Netherlands and Europe.

This brief visit down under has been for me a timely reminder of the power of creative minorities, whether in mourning or celebration.

The creed that unites and divides 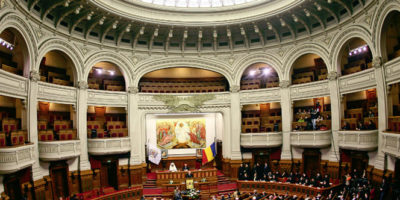