The last of a series about the spiritual revolution behind the collapse of communism 30 years ago.

A decade after the annus mirabilis of 1989, which saw the Marxist regimes of Central and Eastern Europe collapse like a house of cards, the Czech President Vaclav Havel invited key leaders of that era to Prague Castle to celebrate the tenth anniversary of the Velvet Revolution.

After he awarded them all his nation’s highest honour, the Order of the White Lion, a panel discussion turned into a sharp debate among the former leaders. Helmut Kohl (Germany), Margaret Thatcher (UK), George Bush (US), Mikhail Gorbachev (USSR), Francois Mitterand’s widow Danielle (France) and Lech Walesa (Poland) shared widely divergent interpretations of the events of the ‘magical year’.

For Thatcher, the fall of communism was a triumph of freedom and capitalism. Britain and the United States had shown the way, she declared, assuming credit herself for the collapse of communism. ‘Freedom requires rule of law. We and America have had all of that,’ she declared. The two allies would continue exporting their values and way of life abroad, she added.

Chancellor Kohl responded to her Anglo-American triumphalism in stony silence as Oxford professor and discussion moderator, Timothy Garton Ash, diplomatically suggested other European democracies also had rule of law and had also helped inspire the East’s hopes for freedom.

Gorbachev, awarded the Nobel Peace Prize for refusing ‘to send in the tanks’, admonished Thatcher for her ‘communist-style rhetoric and narrow ideology’. Was she not ‘stumbling down the same path’ as the communists who saw everything in black and white? No single ideology at the end of the 20th century – neither liberal, nor communist, nor conservative – could answer the challenges of the 21st century and the global problems ahead, he opined.

Danielle Mitterand, a human rights advocate, warned of the rise of the ideology of profit masquerading as ‘globalisation’. Gorbachev agreed, observing that ‘globalisation’ was often viewed as a new form of Western colonialism in the non-Western world.

Lech Walesa, former Solidarity trade union leader and the first democratically-chosen President of Poland, rebuked the West for congratulating itself over the end of Communism, while failing to give sufficient aid to those nations now trying to transform their economies, as with the Marshall Plan after World War Two. Democracy, he warned, was being endangered by the failure of economic reform, crime, corruption and a nostalgia for the ‘certainties’ of the old regime.

But, he warned with prescience, it was one small battle in an unending chain of battles, because the war still continued.

The argument too still continues. The thirtieth anniversary of these events has been the occasion for ongoing debate about why and how the communist order had collapsed so suddenly and unexpectedly with little violence.

Many focus on economic, political or military factors, citing Ronald Reagan’s branding of the Soviet Union as the ‘evil empire’, and his Strategic Defence Initiative. Others credit Gorbachev for being unwilling to risk a Third World War for the sake of upholding Stalin’s post-war (dis-)order. Still others point to the diplomacy surrounding the 1975 Helsinki Final Act, which gave leverage to human rights activists on both sides of the Iron Curtain to build moral and intellectual resistance to the Soviet system. Further voices still argue that ‘history’ did it: the West won because it was on the ‘right side of history’; the free market and democracy would eventually become the world’s consensual choice as the best of all options.

Each of the above contributed to a very complex historical development, along with modern global communications dispersing news and linking dissidents. Yet none of them alone explain the why and the how of the moral, cultural and spiritual revolution behind the events of 1989.

For the backbone of the revolution was a ‘fifth column’ of workers and intellectuals, daring dissidents and praying protestors, Catholic, Protestant and Orthodox believers (and doubters) together. Heeding Havel’s call to confront the culture of the lie and Pope John Paul II’s exhortation not to be afraid, they embraced the four norms of truth, solidarity, responsibility and non-violence in their daily lives, their prison cells, their churches and on the streets.

What had mattered ultimately was not the politics of right and left, as Timothy Garton Ash observed, but of right and wrong. 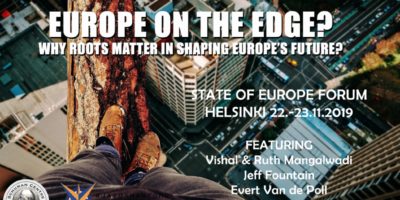 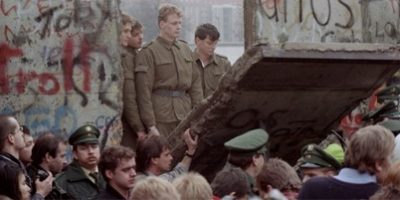