What if the European Parliament got bogged down with the same kind of impasse we have seen recently in Westminster? This could be the outcome of this week’s European parliament elections, probably the most crucial in the forty years of the parliament’s existence. Much is at stake in this decisive phase of Europe’s future.

Brexit has forced everyone to think about the pros and cons of the EU. All across Europe continentals have watched in bewilderment as the normally ever-so-sensible British tied themselves up in knots. The one good result is that the debacle has silenced the calls for Frexit, Nexit, etc, at least for the present.

However, nationalist anti-Europeanists have now changed their tactics to ‘Europeanise’ their anti-Europe strategies. When the much-heralded Brexit-domino effect did not materialise, in which other nations would have followed the British to the exit, the anti-Europeanists went quiet on leaving the EU and the Euro and are now calling for a “Europe of the Nations”.

This ‘Europeanised’ anti-European strategy was apparent last weekend when Matteo Salvini, the Italian Interior Minister, leader of the far-right Lega, declared in Milan that the ‘European elite’ had betrayed the founding fathers. On stage with Holland’s Geert Wilders and France’s Marina le Pen, he then called for a ‘Europe of the Nations’, meaning a Europe of sovereign nations, as if he and his allies were restoring the founding fathers’ vision!! This was anything but what the founding fathers – Schuman, Adenauer, de Gasperi and Monnet – had in mind. Such a vision is a recipe in the long-run for ongoing conflicts as it means a return to the prewar status quo of competing nation-states.

What happened with the Brexit referendum could happen again. Anti-Europeanists rejecting the status quo could mobilise significant numbers to vote, while a silent majority fails to turn out to the polls. The result could be a European Parliament with perhaps over a third of the seats held by of anti-Europeanists. While they don’t all see eye to eye on issues, anti-European parties would have enough seats to form a tactical bloc in support of abolishing sanctions on Russia, raising more barriers to migrants and to slow down so much of the EP’s processes, creating the kind of impasses we have seen lately in Westminster. (See the table below from the European Council on Foreign Relations  – double click to enlarge) The effect could be paralysing. Just when Europe needs to step up to more global leadership, its capacity to defend EU citizens from external threats would be put at risk. Europeans already have enough external worries with Donald Trump deconstructing the international order, Vladimir Putin trying to undermine European political systems through a large-scale misinformation campaign and the Chinese muscling in on the telecommunications market with potential spy-network capacities.

There is certainly a case to be made that the founding fathers’ vision of ‘a community of peoples deeply rooted in Christian values’  has not been faithfully followed, as I wrote in Deeply Rooted. That was a project which prioritised seeking the common good of the whole, not each nation seeking its own self-interest. It was to be a process that was gradual, transparent and democratic.

What is beguiling for many Christians is that politicians like Salvini, Orban and Wilders talk of restoring  judeo-christian foundations, but they mean old political and cultural identities. They do not mean the values of inclusion, forgiveness and reconciliation, of caring for the stranger, the poor and the vulnerable, of dignity and rights for each person.

Let’s not be caught like so many disappointed British non-voters were after the referendum. Let’s vote for those who value a Europe of partnership, cooperation, interdependence, respect, openness,  compassion, peace, equality and freedom.

One response to “Much is at stake!!” 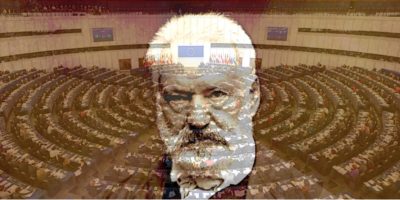 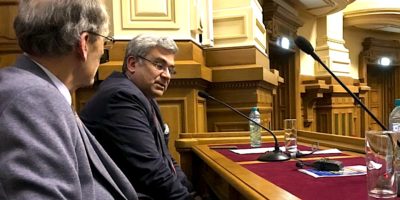