Starting with a bang

Starting with a literal bang – the traditional New Year’s fireworks in the city centre – our first year of urban living has been full, fast and fulfilling. Not that we don’t occasionally miss the birds and trees, and the nature and the quiet of the Veluwe, our home for over forty years.

Yet Romkje and I often stand amazed and fascinated looking out our windows at the never-ending dance of humanity between Prins Hendrikkade and Central Station. Now in these darkest nights of the year, illuminated tourist boats glide silently past our apartment crammed with visitors anxious to see the light sculptures of the Festival Of Lights spread out along the canals, up to one thousand boats per evening.

Several new Schuman Centre projects opened up this year in Amsterdam, the Upper Room salon on the first floor of Prins Hendrikkade 50 becoming a known location for European study days, Bible study series, film and book discussions, and for Navigators student meetings; plus the Schuman Resource Library next door with some two thousand titles on European history, worldview and life spheres.

Inspiration for the salon was the Schuman Salon set up two years ago in Brussels by our dear friend and colleague Kathia Reynders, which unfortunately was closed last summer after her reluctant decision to relocate for personal and financial reasons. Kathia’s legacy lives on in Amsterdam.

Another Schuman Centre project was the celebration of togetherness and connectedness on May 9, Europe Day, (what I like to call  Interdependence Day), launched this year with the support of the Together for Europe movement, to highlight how the diversity of cultures and interaction among the peoples of Europe have enriched our lives. Last month in Prague I was encouraged to hear reports from different member movements of plans for this coming year’s celebrations.

Early in the year we announced plans to offer a masters degree programme in missional leadership and European Studies, and we are grateful for those Weekly Word readers who responded to our appeal to raise the fees to have the degree recognised through Newman University in Birmingham. Our deadline was met and plans have advanced to enable us to receive the first intake of MA candidates this coming June. More details and links to appropriate websites to be announced very soon. This development will help us institutionalise the programmes we have developed so far, and will offer Bologna recognition for the masters degree.

The Heritage Tour in the first half of July, always an annual highlight, took us once more through Ireland, Scotland and England this year. Although no new project, in the future the Continental Heritage Tour on even years (2020, 2022…) will be offered as an optional module for the masters degree programme.

Regular WW readers will be familiar with the coffee table book project presenting the impact of the Bible on some twenty lifespheres. Draft chapters appeared as WW’s from the summer onwards, and the project is in the final editorial stages.

Ukraine emerged as an unexpected project this year after requests for my book on Robert Schuman, Deeply Rooted, to be translated into Ukrainian. This followed a meeting with denominational leaders and politicians from that country in Strasbourg to mark 500 years of the Reformation, in October 2017, and has led to several visits to Kiev and Lviv. I have been totally surprised by the great interest among both church leaders and politicians for the need for spiritual foundations to be laid in society. In October, I met with 120 pentecostal pastors from across the country who came especially for a two-hour meeting to receive a copy of the book and hear the Schuman story of forgiveness and reconciliation. Two weeks ago, I was asked to give a 15-minute presentation on Schuman at a Transform Ukraine Forum with leaders from politics and education to business and trade unions. All present received copies of the Schuman book, including two former national presidents and an ex-prime minister.

With the Central Station just ‘outside our front door’, travel via Schiphol or by train has been greatly simplified for speaking engagements in a dozen or more European countries this year.

Tomorrow, New Year’s Day, we launch our new Schuman Centre website with new features, including voice podcasts of WW’s, regular articles by Schuman associates including Ineta Lansdowne and Cedric Placentino (a series called ‘A European Journey’), videos, links to FB, Twitter and useful sites, a donation button for contibutions to the Schuman Centre, and resource pages where books from Schuman Resources can be ordered. The website, managed by Cedric, will be available also in French and Italian. My special thanks to Cedric and Ivan Suvorov for their work on the new website.

One response to “Starting with a bang” 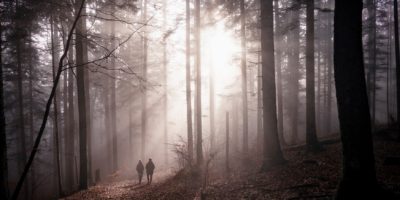 Joy to the world!