The Dutch have a saying that ‘God made the earth but the Dutch made Holland’. And not without reason. Their bold engineering projects have pushed back the sea to create space for farms, houses and cities.

Yet The Netherlands is not the single-handed creation of the Dutch. Centuries of interaction with peoples far and near has led to the country as we know it today. King Willem-Alexander, for example, has no ‘Dutch’ blood in his veins. He is ninety per cent German and ten per cent Russian. One of his ancestors was Peter the Great.

Back in Rembrandt’s day–the Golden Age of the seventeenth century–three out of every four Amsterdammers were newcomers to the city, fleeing religious persecution from Antwerp, England, the Iberian peninsular and German-speaking lands.

Willibrord and Boniface in the eighth century from Britain brought Christianity to this part of northern Europe. Monastic orders from Ireland, Britain, France and Italy followed, planting communities within the present Dutch borders and starting hospitals, old people’s homes, breweries and schools, among other social institutions.

Living on the Rhine delta, the Dutch became traders especially between England and Germany. Even today the Germans joke about Rotterdam being their biggest harbour. In the late Middle Ages, the Hanseatic League connected Dutch trading cities with others all around the North Sea. Later, Amsterdam became the centre of a global trading enterprise. Dutch identity grew through interdependence with the neighbours.

Today the Dutch are as proud of their sense of national identity as any other European nation. They turn out en masse dressed in orange for national football events or royal occasions. Yet they enjoy Italian pizzas, Belgian beers, Swiss chocolate, Norwegian salmon, Swedish furniture, English detectives, Irish rock bands, Spanish wines, German cars and much, much more. They love Eurovision song festivals and Champions League football (and hate being eliminated).

Similar stories of interwovenness could be told of virtually all other European nations. So why shouldn’t we celebrate being part of the European family of peoples? Why shouldn’t we enjoy our diversity and our unity? Why shouldn’t we observe an annual Europe Day, as well as our national days of celebration, like Bastille Day (France), Koningsdag (Netherlands), Unification Day (Germany), and so on?

As we noted last week, for many of us ‘Europe’ seems too far away from our daily lives. But when we stop to realise how much we enjoy and benefit from our European connections, we can see how our ‘Europeanness’ is part of the warp and woof of our everyday routines.

Let’s get concrete and practical then. How can we celebrate belonging to a broader family of peoples?

Europe Day is already an official event on the EU calendar, celebrated on May 9. That was the date in 1950 when Robert Schuman, the French Foreign Minister, announced a plan to bring the coal and steel industries of France and Germany and any other democratic nation wishing to join under one supranational authority. This is the recognised birth of the European project, which led to the EU itself.

However, Europe Day does not have to be just political. And it can embrace more than just the EU. Civil communities, especially faith communities, should take the initiative. It should aim to influence children, young people, faith community leaders and members, academics, politicians, civil leaders and all interested in Europe’s future.

Imagine a day when schools across Europe would focus on the theme of diversity and unity, with games, quizzes and fun research projects to do on the internet for all ages. Included in the activities could be a ‘Schuman for kids’ programme, such as my colleague Laura Mihaly from Cluj-Napoça in Romania held recently, with great enthusiasm from both children and teachers.

Readings could be held in the local libraries for all ages, featuring stories from across the continent. Cafés and restaurants, as well as private parties and progressive dinners, or wine and cheese evenings, could feature special Europe Day menus with foods and drinks from across the continent.  Concerts and film events could promote music and cinema from all corners of Europe.

Inspired by the State of Europe Forum in Amsterdam last year, one council member of the Domkerk in Utrecht initiated ecumenical vespers on this year’s Europe Day, together with both the Catholic Cathedral and the Old-Catholic Cathedral, to be continued next year. The vespers were followed by a symposium with leading contributors on the future of Europe.

Symposia, op-ed articles in newspapers, pub quizzes, flash mobs playing the European anthem in train stations and shopping malls all are possible grass roots activities. We plan to set up a webpage to promote this concept, with suggested resources and transferable ideas to be used anywhere.

Does any of this resonate with you? Then please share your reactions and ideas either on the www.weeklyword.eu page or the Schuman Centre Facebook page. 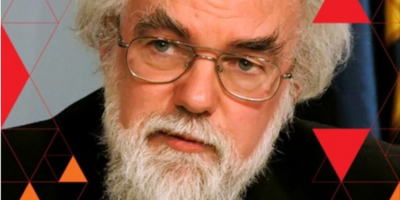 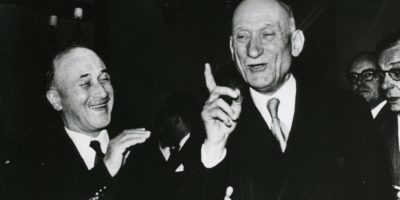