No-one knows what Vladimir Putin is going to do next on the Ukrainian border – including perhaps Putin himself.

Having made such sweeping demands for western concessions, he cannot easily simply back out of the confrontation he has created without losing face. Options include a ‘peace-keeping’ mission taking over the Donbas area, and/or the strip of land along the Sea of Azov linking Rostov to the Crimea. Less likely is a full invasion of Ukraine, requiring far more than the 100,000 troops now mustered on the border.

But there is much more involved than just political, military and economic factors. A long-standing religious tension stretching back many centuries has contributed significantly to the current Russian build-up, largely lost on the western secularist mind.

I was awakened to this larger picture through an online presentation this week by the editors of a significant new reference volume. The Oxford Handbook of Religion and Europe (OHRE), examines the role of religious ideas, structures and institutions in the making and unfolding development of Europe, and even the very idea of Europe. Co-editor Grace Davie is known for coining the phrase ‘believing without belonging’ and for her watershed book, Europe: the exceptional case. She argued that secularised Europe was not setting the world agenda but was itself the outlier, as religion was vibrant and growing on other continents.

The OHRE will fill the big gap which I encountered when looking for scholastic texts addressing Christianity’s role in the making of Europe for our masters course in European Studies. I expect to be referring to the handbook often in my own teaching and writing. As the cover blurb states, it ‘demonstrates the enduring presence of lived and institutionalised religion in the social networks of identity, policy and power over two millennia of European history’ – from Iceland to the Urals.

Published just last month, the 800-page volume is a brick of a book with a hefty price tag of around €140. Yet seen as a mini-library of 45 essays written by world experts – grouped in five sections, each of which could constitute a separate book – it is value for money for all interested in the role of religion, particularly Christianity, in the making of Europe.

The last group is a survey of fourteen regions/nations, including an enlightening essay by Heather Coleman on Ukraine and Russia. In her online presentation, Davie singled out this chapter as making her realise that the conflict on the Ukrainian-Russian border was not just political but civilisational. She wished western politicians would read this chapter to understand better how large the past loomed ‘in the complex relations within modern Ukraine and between Ukraine and Russia’, as Coleman put it concluding her essay.

Some see the roots of the present crisis as when Putin was spooked, as a KGB operator in Eastern Germany, by the collapse of communism and subsequently the Soviet Union. Yet as Coleman shows, the roots go way back to where Byzantine Christianity was embraced by the Grand Prince Vladimir of Kyiv (Kiev in Russian) in 988. Throughout the intertwined histories of Russia and Ukraine, Christianity has served both to unite and divide the two peoples.

Last summer, Putin posted his own 5000-word version of this story on his official government website, On the Historical Unity of Russians and Ukrainians, arguing that Russians, Ukrainians and Belarusians were one people, ‘descendants of Ancient Rus’. In his version, ‘Moscow became the centre of reunification, continuing the tradition of ancient Russian statehood’. The idea of the Ukrainian people as a nation separate from the Russians had ‘no historical basis’, wrote Putin (or his ghost-writer). Back in 2008, Putin flatly told George W. Bush that Ukraine was not really a country, with which millions of Russians would agree.

Yet Ukraine has been separate from Russia for far longer in its history than it was ever united, as most Ukrainians would counter. The point is that westerners need to realise Putin’s actions are shaped by a certain view of Russia’s long history, in which he sees himself playing an historic and heroic role to ‘right the wrongs of the past’ and rebuild the empire of the Tsars.

Coleman’s survey over a millennium of Ukrainian-Russian relations reveals the tension between a vision for a distinctive Russian civilisation with Orthodoxy as ‘an inseparable part of the all-Russian historical, spiritual and cultural heritage’, versus a more pluralistic, independent, multi-confessional, multi-ethnic, western-leaning, liberal Ukrainian society, which was what the Maidan protests (pictured above) were about, eight years ago.

We are witnessing the latest act in a long drama that has played out on the borders of western and Russian civilisations over many centuries. It won’t be the last.

One response to “A long story” 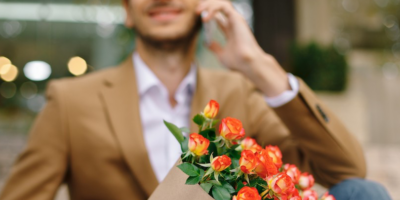 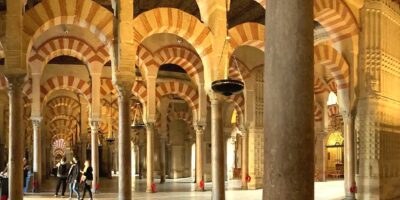