“Is the world getting better, worse or staying the same?”

If you think it is getting worse, you’re in good company. The majority of audiences in 30 countries who were asked this question believed that things were indeed getting worse in our world. Among Christians too, many are predisposed to a negative perspective as wars, famines, persecutions and earthquakes have always been stuff of end-time scenarios.

But is this true? Or do most of us have a distorted worldview? Until his death two years ago, Swedish health professor Hans Rosling battled deeply-rooted misconceptions held by top academics, economists, UN officials, politicians, military brass and journalists concerning the state of the world, in board rooms, lecture halls, and forums from Davos to TED talks.

A medical doctor with vast hands-on experience in many countries, Rosling challenged his listeners to seek out the facts and develop a lifestyle of what he called ‘Factfulness’, the title of the book he completed in the last months of his life.

Yesterday in the first Boekhoek (bookcorner) of this year in the Upper Room salon in Amsterdam, we examined some of the facts Rosling would present to his audiences about bad things decreasing, like the following:
• extreme global poverty has fallen from 85% in 1800 to 9% in 2017, the biggest drop from 50% happening since 1966.
• average life expectancy has risen from 31 years in 1800 to 72 years in 2017.

Our problem, Rosling pinpointed, was our tendency to notice the bad more than the good, our ‘negativity instinct’. We tended to romanticise the past into the ‘good old days’. Lack of memory in our ‘now’ culture robbed us of proper reference points. Our news media bombarded us with negative news from all across the world, he wrote: ‘wars, famines, natural disasters, political mistakes, corruption, budget cuts, diseases, mass layoffs, acts of terror’. Our surveillance of suffering had improved tremendously, yet stories about gradual improvements impacting millions of lives didn’t make the front pages. Activists and lobbyists made it their business to create alarm, and thus raise funding, for their causes.

Politicians, journalists and terrorists also exploit the ‘fear instinct’. While terrorism has increased worldwide, it has decreased in the richer nations (less than 1500 were killed from 2007-2016, a third of the number killed in the previous decade); most of the increase has been in Iraq (about half), Afghanistan, Nigeria, Pakistan and Syria. The ‘blame instinct’ is another factor giving us a distorted worldview, said Rosling, the instinct to find a simple reason why something bad has happened, when in fact the causes are usually more complicated.

Rosling was a man of deep humanitarian and humanist compassion. As far as I know, he did not write as a Christian. Yet, despite criticism of its ‘one-sidedness’, Factfulness challenges our world perceptions deeply. His passion for those still trapped in poverty and sickness is evident in his many Youtube videos. He unmasks many of the populist arguments which create fear of foreigners and scapegoat outsiders, and which too many Christians find attractive.

As we have written earlier, the progress he describes is indebted to values spread globally by the missionary movement. Surely there is some overlap between the advance of human wellbeing and flourishing he maps and the biblical concept of ‘shalom’, within the framework of God’s common grace, creating conditions for the gospel to be spread.

And that’s worth a prayer of thanks.

3 responses to “Better, worse or the same?” 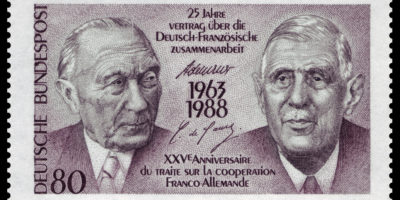 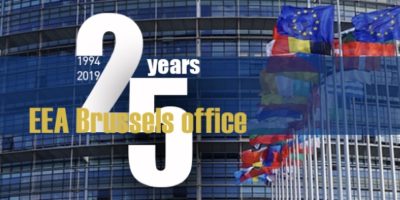