Like Chaucer’s characters from Canterbury Tales, they came from many different backgrounds. They included a doctor, a retired air traffic controller, a Presbyterian minister and a surveyor; plus teachers, grandmothers, newly-weds and missionaries. They hailed from Europe, North America, Asia and Oceania.

While the pilgrimage to the tomb of the murdered St Thomas a Becket in Canterbury took up to five days of walking to cover the one hundred kilometres from London, this ‘pilgrimage’ through forty locations in five nations stretched to five thousand kilometres and two full weeks in a small convoy of vehicles.

As in the fourteenth century English classic, our journey of the past two weeks bonded new friendships over story-telling and dining – yet without Chaucer’s ribaldry. While pilgrims of old would set out to earn favour with God and atone for sins, our band of pilgrims on the Continental Heritage Tour set out to follow the trail of faithful minorities through two millennia to learn how the story of Jesus had shaped European life and society–and still can.

Our last supper together on Saturday evening was celebrated in the upper room of a restaurant a stone’s throw from the imposing gothic facade of Strasbourg Cathedral, before we emerged to join the crowds waiting in the balmy evening air for the engrossing son et lumière spectacle projected on the thousand-year-old edifice.

Interwovenness
Over the Alsatian specialty of Tarte flambée, we shared our experiences and impressions of our journey together, full of discoveries and surprises. Some confessed they had had only a vague awareness of key Reformation figures like Luther, Zwingli and Calvin, let alone how God had been at work in Europe throughout the so-called Dark Ages.

Others shared their amazement about the widespread influence of apostolic pioneers over huge areas of territory. Boniface, for example, founded and led monasteries and bishoprics in Erfurt, Regensburg and Fulda, and was still going strong at 80 when he met his violent death in Friesland.

The interwovenness of the story of Europe impressed yet others. Jan Hus in Prague was inspired by John Wycliffe in Oxford, and in turn influenced Jan Amos Comenius, Count Zinzendorf and John Wesley, each of whom would produce literally millions of spiritual offspring. The reality of the persecution and the determination of the faith of Hus’ followers came home to us as we had clambered through a rocky natural labyrinth in the mountains of northern Czech Republic where they would meet for secret worship.

That same Saturday morning we had walked the streets of Geneva, a city reputed to be the smelliest in Europe until John Calvin brought transformation to church life, family life, business practices, education, health care and city government through his practical application of God’s Word to daily life. We had traced the city’s present internationalist character to this reformer’s work.

Still fresh in our minds was our trip the day before to the village of St Maurice, south of Montreux at the eastern end of Lake Geneva, named after a third century Roman army commander of the Theban Legion from upper Egypt. He and his men had been summoned by Caesar Maximian to quell a rebellion of Christian Helvetians in today’s Switzerland who refused to worship Roman gods and Caesar as a god. Maurice and his legion told Maximian that while they wanted to be obedient and brave soldiers for Caesar, their ultimate allegiance was also to God. Legend tells us that the whole legion of 6600 men allowed themselves to be executed rather than betray their Christ.

Vitality
Largely forgotten today, this story was widely told across Europe expressed in stained glass and statues, reminding Europeans that the Christian faith owed much to the vitality of the church in Egypt where monasticism began in the early centuries. We had encountered many visible reminders of the closely-knit network of monasteries which had been the building blocks of European society after the collapse of the Roman Empire–from Utrecht and Amsterdam at the outset of the tour, to St Gallen, Zurich and St Maurice towards the end. These communities had been Europe’s centres of worship, learning, culture, agriculture and trade.

Sometimes overnighting in YWAM centres, and in an ecumenical community in Fulda, we could recognise the same spirit and forms of movements from the past through which God had brought renewal and reformation to Europe.

We recalled the observation of G. K. Chesterton a century ago that over the previous 1900 years there had been at least five times when it seemed as if the church was ‘going to the dogs’; yet each time, it had been the ‘dog’ that had died. Since that observation, two more ‘dogs’ had died: fascism and communism. Another ‘dog’ also doomed to pass was secularism.

Our journey back into the past had encouraged us to believe that God is not yet finished with Europe.

(p.s. There are still places available for the Masterclass in European Studies in Amsterdam, August 1-5. Register by Friday!)

One response to “Continental Tales” 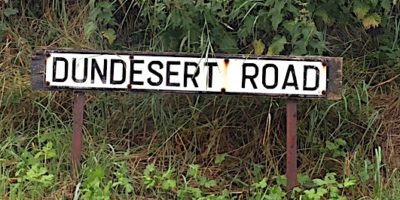 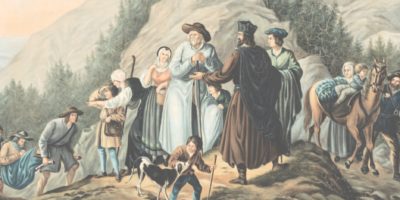