Author, speaker and urban missions pioneer Floyd McClung Jr passed away in Cape Town early Saturday morning, May 29th, after battling an illness that had left him incapacitated and unable to speak for over five years.

Floyd and his wife Sally arrived in Amsterdam late in 1973 with their baby daughter Misha after a long overland trip in an old hippy bus. They had spent several years among world travellers on the drug trail in Afghanistan, opening friendship evangelism centres called Dilaram Houses also in India and Nepal. Now they wanted to come to the start of the trail to reach out to young travellers before they would head eastwards. Youth With A Mission, with whom the McClungs had earlier worked, had offered for them to take over the two houseboats moored behind Amsterdam’s Central Station which my wife-to-be Romkje had bought that year to accommodate summer outreach participants. Collectively called The Ark, these boats would serve as an outreach center among hippies, drug addicts and seekers for over twenty years.

In the spring of 1975, Floyd and Sally, with Misha and newborn-son Matthew, moved out into the Dutch countryside to establish the Heidebeek Training Centre in a former leprasorium. The summer before, I had met Floyd briefly in Amsterdam during a concert tour of Shekinah, the Canadian-based company of singers, dancers and musicans I was managing at the time. He had later written to invite me to join him at Heidebeek to work on Incite, the Dilaram magazine he had started.

I arrived in Holland in September 1975, at the same time as Romkje returned from a year of working with YWAM in California. Long story short, Floyd married us the following September. Four years later he asked us to take over the leadership of the Heidebeek missions community as he and Sally headed back to Amsterdam to start urban ministries in the Red Light District, described in his book ‘Living on the devil’s doorstep’.

Inspired by Robert Frost, a visiting pastor who spoke to the Heidebeek community about ‘the father heart of God’, Floyd popularised this message with his book of the same title, selling over two million copies in 40 languages. He also initiated an annual leaders conference in the Netherlands in the 1980s attracting up to 600 participants from a wide range of evangelical and pentecostal churches and organisations, promoting unity not based on doctrinal agreement but as sinners before the cross.

Floyd’s legacy in Amsterdam includes the purchase of the buildings which still accommodate YWAM ministries in the city: the Cleft, the Samaritan’s Inn (the former Salvation Army national headquarters) and De Poort (a former seamen’s house). After serving as YWAM director for Europe, Middle East and Africa, he served nearly eight years as YWAM’s International Executive Director. At his initiative, YWAM began the 30 Days of Prayer for the Moslem world during Ramadan in 1992, which today engages millions of Christians globally.

In 1991, Floyd and Sally moved back to the United States where two years later they founded All Nations, an international leadership training and church-planting network. They left YWAM to join Metro Christian Fellowship in Kansas City, Missouri, where Floyd pastored from 1999-2005. Since 2006 the McClungs lived and worked in South Africa, initially leading the work of All Nations as an independent organization, now with hundreds of workers in over 40 countries worldwide.

In February 2016, Floyd became suddenly ill, ending up in intensive care. He was diagnosed with a rare bacterial infection, leading to septic shock and damage to his muscles, vital organs and neural pathways. He remained conscious but hospitalized, bedridden and unable to speak for the remaining five-plus years of his life.

In their more than 50 years in full-time ministry, Floyd and Sally lived in Africa, Asia, Europe and North America. Floyd authored 18 books and visited over 190 countries.

The two-metre tall ‘gentle giant’ has now been felled. But his legacy lives on through his many books and the many lives of those he has discipled and taught, including my wife and me. 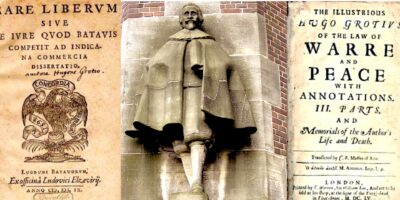 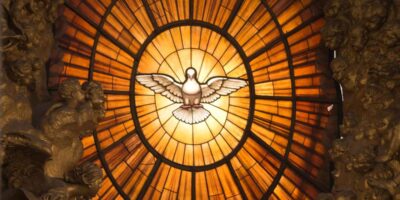