At 10 am today, citizens of The Netherlands will stand on balconies, at windows and in gardens  across the nation to sing together the mysterious words of the first verse of the world’s oldest national anthem, the Wilhelmus.

For this is Koningsdag, King’s Day, the birthday of King Willem Alexander, when traditionally the Dutch create a sea of orange with flags, banners, caps and T-shirts pouring into public places for concerts and good-natured revelry.

But this year, for the first time since the Liberation 75 years ago, the streets and concert halls remain empty. Lockdown has forced the cancellation of the royal visit to the city of Maastricht.

Nevertheless the party goes on – under the title: Koningsdag Thuis (King’s Day at home). That means singing the Wilhelmus, accompanied by the Koninklijke Concertgebouw Orchestra live on zoom.

Cute for the Dutch, you say.

But wait. There’s a backstory here about how freedom spread in our world. For the party celebrates the nation’s bloody birth from a struggle for freedom of conscience and religion, making The Netherlands a laboratory for liberty, attracting freedom-lovers like Descartes, Spinoza, Locke, Comenius and the Pilgrim Fathers.

This first verse of the Wilhelmus (one of the fifteen my wife learnt by heart at school) reads:
Wilhelmus van Nassouwe ben ik, van Duitse bloed. (William of Nassau am I, of German blood).
den vaderland getrouwe blijf ik tot in den dood. (I’ll be faithful to my fatherland till I die)
Een Prinse van Oranje, ben ik, vrij, onverveerd, (A Prince of Orange am I, free, fearless)
den Koning van Hispanje heb ik altijd geëerd. (I have always honoured the King of Spain)

The first letter of each verse spells W-I-L-L-E-M—V-A-N—N-A-Z-Z-O-V – old spelling for Willem van Nassau. Nassau was a dukedom in Germany, and Orange an independent principality in southern France (like Monaco). Our Willem is from Nassau, and was thus German (see first line). Yet Germany only becomes a nation 300 years later. So what is the fatherland, in line two – the Holy Roman Empire?  Indeed, a strange verse for the Dutch to sing so heartily! The-not-yet-existing-Netherlands gets no mention in the whole song.

As a boy, William inherited the Principality of Orange, opening doors to the imperial court of Charles V in Brussels. Later he became the emperor’s emissary to Paris, rubbing shoulders with nobility from all over Europe. Now a European cosmopolitan, he consorted with many aristocrats, including French Huguenot leaders.

The song is written in 1572, four years after William decides to lead an uprising against the ruthless violence unleashed against Protestants in the Low Countries, starting the Eighty Years War with Spain. At first he declares loyalty (4th line above) to Philip II, king of Spain and Habsburg ruler of the Low Countries (or Nether-lands), accusing Philip’s viceroys of the injustices.

Eventually, William recognises Philip as the real tyrant. Philip declares William an outlaw. One stanza declares William’s confidence in God to ‘dislodge the tyranny’ that wounds his heart. Another compares William with David fleeing from Saul the tyrant.

What is at stake was the right to worship freely, to follow one’s conscience, not the ruler’s dictates. ‘In a free land, tongues should be free!’ William had earlier protested when deciding to lead the rebellion, quoting Erasmus.

The Dutch magistrates of the provincial states themselves faced a great dilemma. They had sworn allegiance to Philip, an oath not broken lightly. But, on 14 June 1581, arguing that Philip was a ‘false shepherd’ for deserting his Dutch ‘flock’, the rebellious state representatives drew up the Act of Abjuration, the Plakkaat van Verlatinghe (literally ‘Placard of Desertion’), to declare the throne vacant. The seven United Provinces duly became a federal republic, the first fully independent Dutch nation state. William, assassinated in 1584, never became stadhouder or king. Only 230 years later, the Congress of Vienna in 1815 established the House of Orange as the Dutch monarchy, with William’s descendants ruling right up until Willem Alexander today.

The Plakkaat van Verlatinghe is one of the earliest statements of the rights of citizens to overthrow a tyrant. The British followed the Dutch example in the 1689 Declaration of Rights, deposing the Catholic James II. They enthroned William of Orange’s great-grandson, stadhouder – not king – in the Dutch Republic, as King William of England, Scotland and Ireland.

The strong resemblance of the 1776 American Declaration of Independence with the Plakkaat van Verlatinghe, justifying the overthrow of British tyranny, has led some experts to conclude it was inspired by the Dutch. The American Declaration has in turn been the inspiration for freedom in many other countries in Latin America, Africa and Asia.

Today for the Dutch orange is the colour of freedom, and the Wilhelmus the sound of freedom, stirring  ‘oranjegevoel’ (Orange feeling).

For the Dutch, that’s worth singing your lungs out for. 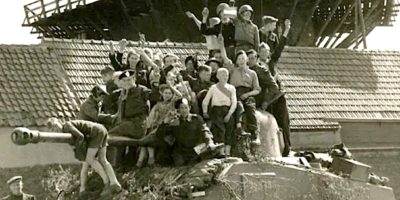 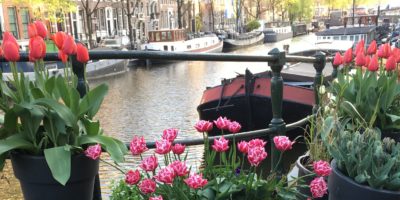