Sounds of the preparation for the Pride Parade in Amsterdam drifted up to us from five storeys below. On our last day of the Masterclass in European Studies, we had gathered on Saturday morning in the prayer tower of  the YWAM facility De Poort.

Looking out on a magnificent city skyline encircling us, we could see a forest of church spires rising above a city centre which uniquely banishes skyscrapers to the outskirts. Yet the towers and cupolas of the Oosterkerk, the Moses and Aaron Church, Zuiderkerk, Westerkerk, Oudekerk, St Nicolas Church and Noorderkerk seemed to point to the heavens in vain for the crowds of Amsterdammers taking up positions to watch the parade.

Down below us, a flotilla of orange inflatable rescue boats motored across the harbour towards the canal entrance to take up positions along the route, soon to be followed by a procession of 80 or so boats, barges and pontoons. Colourful banners on flagpoles fluttered with the one dominant word, ‘Pride’. In an effort to promote ‘hetero’ participation, the ‘Gay’ had been dropped.

Back in the prayer tower, we had just held our last devotional session exploring paradoxes of the gospel: of the Trinity, of humanity, of the cross and now of the Kingdom of God – which is ‘already here… but not yet’.

Following the masterclass theme of ‘living with paradox’, we had identified more paradoxes in the lives of prominent former residents of Amsterdam, including Rembrandt van Rijn, Vincent van Gogh and Abraham Kuyper, to be explored in future weekly words.

Our resident professor, Evert Van de Poll, had explained the paradox of Europe as the continent most exposed to the gospel over time and intensity, yet more recently also shaped by the abandonment of the gospel.

The paradox of the city could be seen most clearly in the Red Light district, where perhaps more churches and Christian outreach ministries could be found than in any other square kilometre of Dutch territory.

Amsterdam’s reputation as the most liberal city in the world, underscored by the day’s parade, could even be traced, paradoxically, to the influence of the Bible. The city’s longstanding tradition of tolerance emerged long before the Enlightenment, usually seen as the wellspring of modern tolerance. William of Orange championed freedom of speech, conscience and worship in the battle against Spanish suppression, influenced by Erasmus, the Bible translator educated by the Brothers of the Common Life. The Pilgrim Fathers, the Christian educator Jan Amos Comenius, Baptist-founders John Smyth and Thomas Helwys, and many others found refuge in Amsterdam as a place of tolerance and free expression. Helwys was the first to write about human rights and freedom of conscience in the English language, inspired by the Bible.

One person who understood the paradox of freedom in the Red Light district more than any other was Major Alida Bosshardt of the Salvation Army, Holland’s ‘Mother Theresa’. We had come across the bridge named after her and the statue in her honour where we could sit next to her bronze effigy on a bench engraved with her life motto: ‘to serve people is to serve God; to serve God is to serve people’.

To help us learn about her, our last ‘profile of paradox’, former YWAM colleague Nelleke Bosshardt joined us in the prayer tower. She told stories about her aunt who remained uncompromising in her stance on the gospel even as she became a national icon. Yet she also remained non-judgemental, always conscious that, but for God’s grace, she could have been among the unfortunates she tried to help.

The paradox of the ‘majoor’ was that this spinster in an old-fashioned 19th century uniform incarnating the gospel among prostitutes became the figure-head of love in the Red Light district. Her funeral ten years ago was televised nationally. Her fellow Amsterdammers voted her the ‘Greatest Amsterdammer of all time’–above the Rembrandts and Johan Cruijff’s!

Later observing the raucous, carnival-like parade and its onlookers, I found myself wondering why any city should be proud of a parade where genitalia seemed something to celebrate publicly and holding helium-filled phallic-shaped balloons seemed ‘cool’.

My thoughts then returned to the ‘majoor’ who accepted the paradoxical realities of life, refused to judge and persevered quietly with loving people practically.

One response to “Living with paradox” 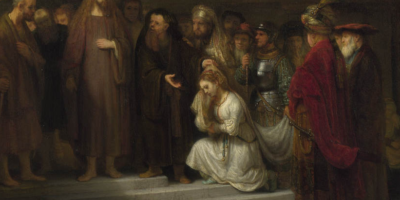 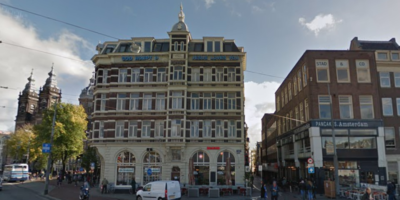