For most Dutch people today, he is a forgotten figure. For others he is either despised or admired. Yet he was undoubtably one of the fathers of The Netherlands today.

Yet few of the 24,000 students at the university he founded could say who the white marble bust outside the main aula represented. I once saw a television quiz show in which the three ‘sharp’ candidates for the title of ‘The smartest person’ were asked to identify the following person: he was Dutch prime minister; his first name was Abraham; he was the leader of the Anti-Revolutionary Party (ARP) and the founder of the Free University in Amsterdam. After umming and ahhing for some time, one finally ventured: “Calvin?”!!!

A few hundred metres from the YWAM centre De Poort in Amsterdam on the Prins Henrikkade stands the house where Kuyper lived from 1880 to 1900. Here he wrote daily newspaper columns shaping the thinking of many of his readers. From here a twenty-minute walk would bring him to the Nieuwe Kerk on the Dam Square. There he famously declared in the inauguration service of the Free University (Vrije Universiteit) in 1880: There is not one square inch of human life where Christ who is sovereign over all does not say “Mine!”

For over forty years, even while serving as university rector and later prime minister, Kuyper was chief editor of both the daily newspaper De Standaard, and its weekly supplement De Heraut. No wonder his rivals regarded him as ‘the man with ten heads and a hundred arms’!

By the end of the century, De Standaard was recognized as the nation’s most prestigious daily paper. On the 25th anniversary of his editorship of the paper in 1897, Kuyper declared: One desire has been the ruling passion of my life. One high motive has acted like a spur upon my mind and soul. It is this: That in spite of all worldly opposition, God’s holy ordinances shall be established again in the home, in the school and in the State for the good of the people: to carve as it were into the conscience of the nation the ordinances of the Lord, to which Bible and Creation bear witness, until the nation again pays homage to God.

Kuyper championed the idea of anti-thesis, that there were two kinds of people (redeemed and unredeemed), and thus two kinds of human life and consciousness of life, and two kinds of scientific-academic inquiry. Our world and life view was shaped and guided by our rebellious spirits, he taught; only when God redirected our wills back to him could we begin to correct our ways of knowing.

Anti-thesis found its expression in public life as ‘pillarisation’, meaning that each worldview community–Protestant, Catholic, socialist, liberal, etcetera–should be free to develop their own institutions of schools, newspapers, trade unions, political parties, broadcasting and social clubs, with the support of public funding. Kuyper’s legacy in this area was a nation which has offered a unique parity treatment for faith-based organisations and institutions until the present day.

Paradoxically, while upholding this idea of anti-thesis, Kuyper at the same time believed that God’s common grace could be seen in all of humanity and all of society: in God’s sustaining care for creation, in the institutions of government, through our consciences, and through all sorts of human advancements by believers and unbelievers alike, in medical, technological, scientific, engineering, economic and social fields which improve people’s lives.

After the devastating flood which almost wiped out the human race, Kuyper taught, God promised to Noah never to allow sin to get so out of hand as to destroy the world and humanity–at least until the divine purposes had been fulfilled. The rainbow was to remind us of that promise.

In other words, God had set boundaries to the influence of sin, death and Satan. He chose to sustain the cosmos and human life in an intermediate state, preventing total destruction and depravity until his goals and promises would be fulfilled, when ‘all the peoples will come and praise you, O Lord’ (Ps 86:9).

God’s gift of cultural skills to believers and unbelievers alike enabled common culture where people could collaborate to advance society through art, science, economics and politics. This understanding of common grace gave a theology and rationale to Kuyper’s followers for believers to work together with non-believers towards a better world.

Kuyper thus fathered the emergence of a proactive engagement of Christians in cultural, social and political affairs towards the ‘transformation’ of society. Other worldview thinkers including Francis Schaeffer, Nicholas Wolterstorff, Chuck Colson and Tim Keller have stood on this man’s broad shoulders.

One response to “The paradox of Abraham Kuyper” 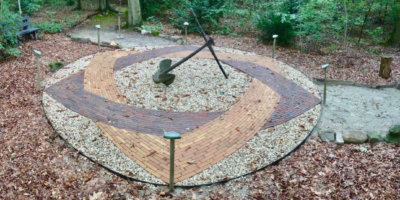 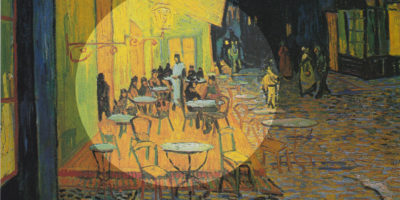