The fifteenth in a series of draft chapters for a popular-style illustrated coffee-table book about how the Bible has shaped so many facets of our western lives. Feedback is welcomed

In the development of the western concept of time, and of the clocks and calendars invented to measure its progress, the Bible played a mainspring role.

The first words of Genesis, “In the beginning…”, introduced a linear view of time, radically different to the endless cycles and reincarnations of ancient civilisations.

The Bible talks of the ‘Day of the Lord’ and the end of time. Time and history have both a start and a finish. The Bible is the only sacred book which takes history seriously. The biblical story is rooted in time and space. History matters. Jewish feasts commemorated past events. The birth, death and resurrection of Jesus either happened and the Christian faith is true, or they didn’t happen and all is simply myth.

The Old Testament begins with historical books, finishes with prophetic books offering future perspectives, and in between are wisdom books on living in the present. Past, present, future. The New Testament has a similar structure. It starts with historical books, ends with a prophetic book, and contains letters with instructions on living in the present in the light of God’s past and his future.

This linear understanding birthed the concept of hope, as Swiss theologian Emil Brunner explained: ‘Christianity taught the world to hope, that is, to live in the present in the light of the future.’

The secular linear perception of time, excluding a God sovereign in history, was a bastard offspring of the biblical concept and undergirded the myth of progress dominant in western society until recent years.

Understanding and measuring time has been attempted by many civilisations over millennia: Egyptian, Babylonian, Assyrian, Roman, Chinese, Mayan, Jewish and Moslem. Years were often measured in terms of the reigns of kings and emperors: e.g. In the fifteenth year of the reign of Tiberius Caesar… (Luke 3:1).

Our western calendar, now used worldwide, has became indispensable for the coordination of the majority of the world’s population catching trains and planes, attending meetings and appointments, delivering and fetching children from school and a host of other daily activities.

This calendar has evolved over a long process beginning with the Roman calendar. Julius Caesar reformed an old Roman lunar calendar supposedly created by Romulus, first king of Rome in 735BC – year 1 in the Roman calendar. Caesar switched the Roman system to a solar basis after learning about the Egyptian calendar during his affair with Cleopatra.

Constantine saw Christianity as a tool to unify his widespread empire and implemented three major changes to Caesar’s calendar. Sunday, the day of Christ’s resurrection, became the first day of a seven-day week, reflecting the creation story of Genesis. Secondly, he introduced Christian feast days into the calendar, such as Christmas with a fixed date. And thirdly, he established Easter as an annual feast, on the first Sunday after the first full moon after the equinox (when day and night were of equal length). This changed from year to year.

As no-one had yet discovered the exact length of the year, this calendar proved to be inaccurate and caused widespread confusion. Various scholar monks continued to improve the calendar, often at odds with their superiors who disapproved of such ‘non-spiritual’ endeavour.

Dionysius, an abbot in Rome, introduced the concept of anno Domini (A.D.), ‘in order to make the foundation of our hope better known’. His calculation, perhaps four years astray, is still the dating we use today.

Benedict devised monastic rules to be used universally. Prayers would be said at the third, sixth and ninth hours. Needing ways to measure the hours and announce them, he deployed waterclocks, sundials and candle clocks. Eventually mechanical clocks were invented and by the 13th century widely regulated monastic prayers.

The bell, invented around Charlemagne’s era, also transformed life across Christendom. Called clocca in Medieval Latin (hence the word clock), the bell was implemented in church and monastery alike. The lifestyle of both urban and rural dwellers became regulated by bells for prayer or liturgy.

Saints days began filling society’s calendar, some taking on nationalistic or secular meaning: e.g. St Patrick’s Day for Irish around the world; and St Nicholas who eventually morphed into Santa Claus. Whether or not recognised by many today, the Bible’s influence can still be seen in our use of calendars, clocks, bells and festivities.

The Bible also talks of time not measured by days and years (kronos time), but rather by ripeness or fullness, (kairos time): e.g. ‘when the fullness of time came, God sent forth his son’ – Gal.4:4. It also talks of what Augustine called ‘sacred time’, eternity. While many have tried to calculate from the Bible the end of time, Augustine’s advice was that this was only for God to know.

One response to “Time & History” 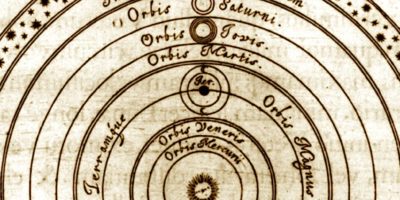 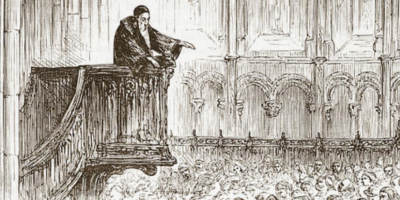