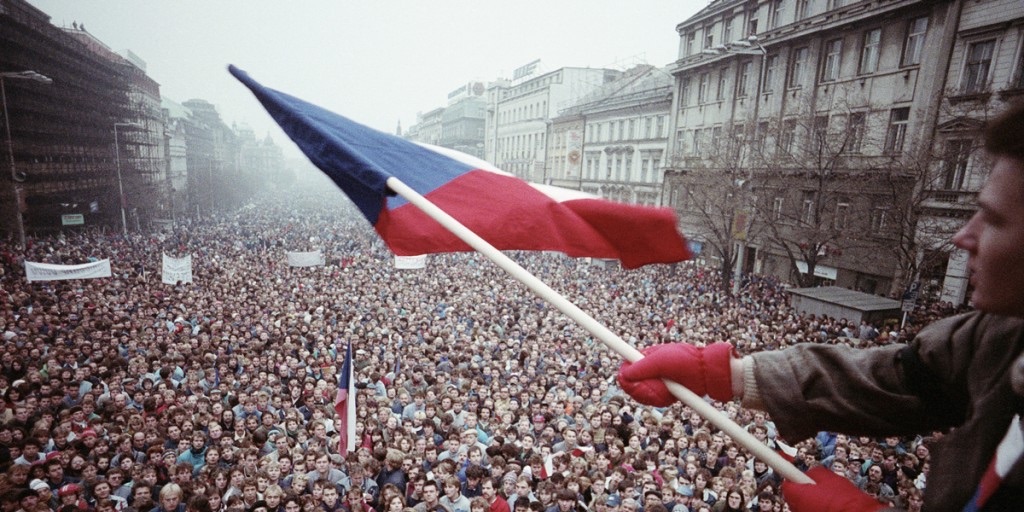 The fifth in a series on the spiritual revolution behind the fall of communism thirty years ago:

Over the last six weeks of 1989, the Velvet Revolution in what was then Czechoslovakia saw the non-violent transition of power from one-party rule to a democratic parliamentary republic.

It culminated in the surreal presidential installation of dissident playwright Václav Havel by public acclaim in Prague Castle on December 29. Thus ended forty-one years of communist rule in Czechoslovakia.

The catalyst for this revolution was the November 17 student demonstration in Prague. Riot police moved in to suppress the demonstration marking the 50th anniversary of the violent suppression of another student demonstration in 1939. That was against the Nazi storming of Charles University in Prague, and had resulted in 1200 arrests and nine killings. The 1989 event sparked further demonstrations: two days later, protestors numbered 200,000. The next day, 500,000 took to the streets. Within four days the Communist Party leadership had resigned, and on November 27 virtually the whole citizenry of Czechoslovakia joined a general strike for two hours.

With other Warsaw Pact governments collapsing around them, the Communist Party saw the writing on the wall. On November 28 it announced the end of the one-party state. Barbed wire barriers on the West-German and Austrian borders were removed early in December. On December 10, the first largely non-communist government was appointed and on December 28, Alexander Dubček, leader of the abortive Prague spring of 1968, was elected speaker of parliament.

The next day, Havel found himself transported to the Prague Castle as national president, and the Velvet Revolution was complete. In June 1990, Czechoslovakia held its first democratic elections since 1946.

More than a year earlier, however, on March 25, 1988 in Bratislava, a demonstration took place which is recognised as the first important public event leading to the destruction of the communist regime in Czechoslovakia. Instigators of the demonstration were Roman Catholic dissenters agitating for religious freedom in Czechoslovakia. Five thousand Slovaks protested in a central square with candles in their hands, with another six thousand in nearby streets. Secret police blocked the square’s main entrance, using water cannon against protesters before attacking them with clubs.

Yet even earlier, the writings and personal actions of Václav Havel over the previous decade had more than anything else aroused the conscience of his own people, and of those far beyond his nation’s borders. Deeply influenced by the exiled writer Solzhenitsyn, Havel too believed in the need for a spiritual dimension in politics and echoed the Russian’s exhortation to refuse to live under the lie.

Havel translated into his own context Solzhenitsyn’s exhortation to his readers to choose not to ‘sign, write or print in any way a single phrase which in his opinion distorts the truth;…  not to ‘attend demonstrations and meetings if they are contrary to his desire; … ‘to walk out of a meeting, session, lecture, performance of a film if he hears a speaker tell lies, or purvey ideological nonsense or shameless propaganda…’

In 1978, Havel circulated underground his own banned essay, The Power of the Powerless, sharing how loose communities of individuals united in a common cause could undermine oppressive regimes using the weapon of truth. Translated into multiple languages, it was embraced as a manifesto for dissent in Czechoslovakia, Poland and other communist regimes.

Havel was a founding member of the Charter 77 movement whose motto was: Truth prevails for those who live in truth. Imprisoned multiple times for his stand on truth, Havel drew on a long tradition of dissent dating back to the 15th century Czech reformer and national hero, Jan Hus. He repeatedly declared Hus’s words, Truth prevails, later making them his presidential motto. Repeatedly in his campaign against falsehood and oppression, he declared that ‘truth and love must prevail over lies and hatred’.

Havel recognised that truth and love had transcendental origins. If democracy was not only to survive but to expand successfully, he said, it had to ‘renew its respect for that non-material order which is not only above us but also in us and among us and which is the only possible and reliable source of man’s respect for himself, for others, for the order of nature, for the order of humanity, and thus for secular authority as well.’

Although not an active church-goer, he decried the ‘great departure from God’ in our world unparalleled in history. The world’s crisis was rooted in the spiritual condition of modern civilisation, the loss of an experience of the transcendental.

‘As soon as man began considering himself the source of the highest meaning in the world and the measure of everything,’ he wrote in Disturbing the peace, ‘the world began to lose its human dimensions, and man began to lose control of it.’

In James Sire’s words, Havel had become the intellectual conscience of international politics. 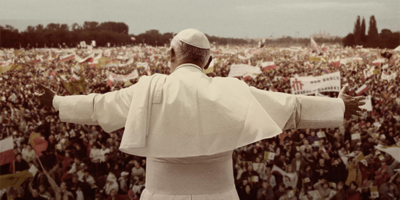 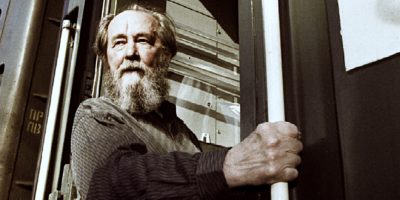