Three months after moving into the heart of Amsterdam, Romkje and I find ourselves repeatedly both surprised and thankful. Surprised by the discovery of new life in unexpected places. Thankful for what some of our YWAM colleagues describe as a  change in the spiritual climate of the city.

As newcomers on the block, we have set out to meet with different church leaders in the city, asking them to help us see the city through their eyes. So, some first impressions.

Amsterdam’s reputation as a godless city where anything goes is not the last word. Yes,  the city still has its infamous Red Light district Floyd McClung referred to in the title of his 1988 book, Living on the devil’s doorstep. And yes, you still can almost get high on the smell of weed as you walk through various neighbourhoods.

But something else is happening in the city as well. While for decades the churches haemorrhaged nominal members, few of those who now attend do so simply from habit or social expectation. Perhaps rock bottom was reached some time ago. Those now literally filling many of the city’s churches do so intentionally, in search of God. Or, as one young pastor put it, ‘God knows what’.

Traditional denominations are actively planting fresh expressions of community in new neighbourhoods, as well as various ‘imports’ like migrant churches, Hillsong, Vineyard and other international networks.

Rob Visser, until recently the City Pastor of the Protestant Churches in Amsterdam, says almost every street has some kind of spiritual history. He points to more than 200 different religious communities co-existing in Amsterdam, many of them providing compassion to those on the margins of society. To help both locals and tourists discover the role of faith in shaping the city both historically and currently, he has developed a walking tour with a brochure and an app called A godly city (Een goddelijke stad).

Visser explains that Amsterdam’s rich history of religion and churches helped give the city its reputation for freedom, tolerance and diversity. He quotes the Dutch writer Geert Mak who describes how amazed the advisor to King Louis XIV was by all the groups living side by side in Amsterdam. From Anabaptists to Quakers, and from Muscovites to Libertines, ‘not even speaking of the Jews, Turks and Persians’. Then as now, they all lived here together peacefully.

Amsterdam, he declares, is a city of churches where God is praised and God is practiced. The Westerkerk (West Church) is closely related to the story of Anne Frank; the Oude Kerk (Old Church) with the Red Light District (church members demanded brothels be identified with red lights to protect their own women); the Noorderkerk (North Church) with the Jordaan working class district.

Yesterday, Romkje and I attended a lively service along with families young and old in the Protestant Noorderkerk. The warm and eloquent Christ-centred sermon passionately invited the congregation to celebrate God’s goodness and presence.

Official figures, we read, showed that only one in five of the non-religious in the city called themselves atheist. The rest indicated they were on some sort of spiritual journey, even as agnostics. Of the one third of Amsterdammers who considered themselves religious, 43 per cent were Christian, 38 per cent Muslim. Most of the remainder acknowledged  searching for meaning in their lives.

Later this month, this dialogue will continue with an evening in the Noorderkerk with politicians prior to upcoming city council elections. The agenda includes the rich-poor gap, loneliness, refugees and integration, morality and values in politics and the role of religion in the city.

This new openness on the behalf of the city council for dialogue about the place of faith in the city reflects what some call the ‘post-secular’ phase at which western society has recently arrived: where secularists recognise the legitimacy and necessity of the role of faith communities in the public square, instead of insisting religion be banned to the private sphere.

As we walked back to our apartment, we passed a large neo-gothic building as a couple emerged from a side door. Curiosity drew us inside. To our amazement we discovered a huge ornately-decorated church buzzing with several hundred worshippers. Was there something special happening here? we asked. ‘Oh no,’ we were told, ‘this church is filled every week with Protestant and Catholics worshipping together.’ Over 800 had recently come there for a Christmas meal, we learned.

Wending our way home, we felt surprised and thankful to discover these churches all seeking the welfare of the city.

One response to “A godly city?” 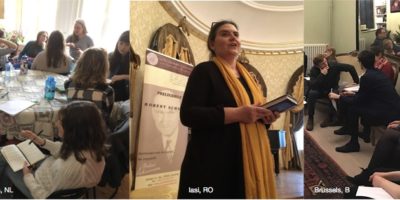 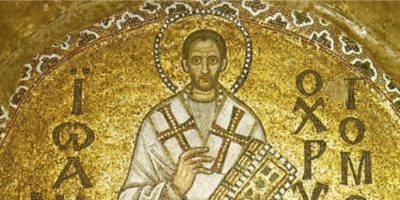