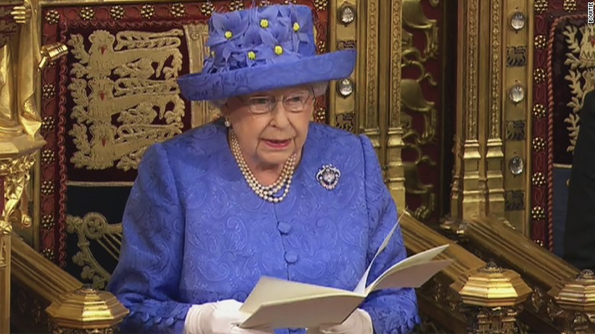 Can you remember where you were a year ago last Friday morning?

That is probably when you first heard the surprise outcome of the Brexit referendum: that 52% of the British voters had made the unprecedented choice to leave the European Union, much to the dismay of the ‘Remain’ voters who included the majority of Scots, Northern Irish and Londoners.

The first anniversary of ‘Independence Day’ was not exactly what Nigel Farage had in mind a year ago when he jubilantly proposed for June 23rd to become a national bank holiday called ‘Independence Day’. Few were in a celebratory mood last Friday, least of all Theresa May. Her days as prime minister seem to be numbered after her lost gamble calling a snap election earlier this month to strengthen her hand at the negotiating table with the EU.

When Queen Elizabeth turned up for her speech to the British Parliament on Wednesday wearing a blue dress and a matching hat with a circle of yellow-centred flowers, the internet exploded with speculation about what signal she intended to send. Guy Verhofstadt, the European Parliament’s Brexit negotiator, tweeted: ‘Clearly the EU still inspires some in the UK’.

The Brexit upset had been followed by another granddaddy roller-coaster dip with the American election surprise. Soon after, the new year began with concerns of more disruptions to come. Forthcoming elections and possible populist wins in the Netherlands and France were viewed with increasing anxiety. In January, I was part of a consultation of Christian thinkers where we talked about ‘the petals falling off’.

To the relief of many, both Dutch and French voters seemed to have been shaken awake both by the confusion that followed the Brexit outcome in the UK and the political chaos emanating from the White House. Both election results closed out the populists, although the French did throw out the old elite–for the sake of restoring stability for now at least. Their new pro-EU president is keen to consolidate the French-German axis on which the European project was originally built.

Prospects
While Theresa May and Angela Merkel share a common background as daughters of clergymen, they do not share political fortunes. Merkel’s chances of re-election are looking better than ever since her decision to run for a fourth term in office as chancellor.

Widely respected as Europe’s most important leader, Merkel is seen to have provided stability during the euro crisis, upheld Crimea-related sanctions and shown moral backbone during the refugee crisis. Her political prospects were however seriously challenged when Martin Schultz, the former President of the European Parliament, returned to Berlin with hopes to replace her. However her party’s unexpected recent win in a Social Democratic stronghold, the populous western state of North Rhine-Westphalia, have again revived her chances.

The Alternative für Deustchland (AfD) right-wing populist party, which seemed to be on the rise at the start of the year boosted by immigration fears, is now divided and disorientated.

Whatever the foreseeable outcome, Germany, in the heart of the continent, will remain committed to the EU, the eurozone, and the French-German alliance providing some welcome stability and continuity in a Europe facing uncertain times.

‘Poison’
Meanwhile back across the ever-widening channel, the Archbishop of Canterbury, Justin Welby, is deeply concerned that Brexit continues to divide British society. Through a national newspaper, he has called for cross-party talks to take the ‘poison’ out of the EU debate. Recent events highlighted the urgent need for a process of internal reconciliation, he wrote, between regions, social groups, faiths and generations. Britain’s future had to rest on the reconciled common good arrived at through good debate and disagreement, he pleaded.

Dr Michael Schluter, founder of the Jubilee Centre in Cambridge and a regular contributor to Schuman Centre events, is also concerned for Christians to be reconcilers, praying and working for positive and peaceful outcomes to the Brexit process. In a recent ‘Cambridge Paper’ called Brexit in a fractured Europe, he and his co-author, former IMF economist Dr Paul Mills, argue that Brexit is pregnant with risks and opportunities for the relationships between the communities and nations involved.

If handled badly, bitterness and resentment could result for years to come, souring relations between the UK and EU27. They warn it could result in significant mutual economic costs and the disorderly break-up of the EU27.

Conversely, if handled in a relationally-sensitive way, they argue, Brexit could lead to a new consensus on the UK’s identity and polity, and a mutually beneficial trade agreement with the EU27. In their paper, they propose a form of confederalism as an alternative to both federalism and the old pattern of totally separate national identities.

Whether or not that is feasible, one thing seems certain in these uncertain times: the roller-coaster ride is not over yet. 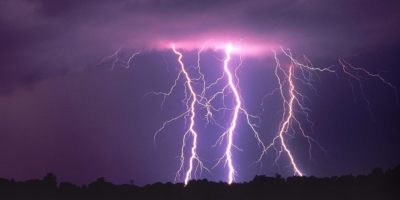