Reflections with family and friends on the highs and lows of the past year over the past days were enriched by a story shared in a friend’s Christmas newsletter.

After a church service, a young lad was intrigued by the organ console with its maze of stops, pedals and keyboards. When the organist asked him what he thought the black and white keys were for, the boy’s innocent response was: ‘The black keys are for funerals; the white keys are for weddings.’

So the black and white keys of the past year became our framework for looking back over the hardships of another corona year, and for evaluating hopes and prospects of the new. Our friend’s letter continued to tell about a musical performance of a young relative who had only learned to play on the white notes. Endearing as it was, it lacked the extra dimension and variety the black notes could give. The point was, white notes needed complementary black tones to give fuller expression. For example, consider how much the ‘corona’ black notes had forced us to re-evaluate our priorities, values, lifestyles and relationships.

In a zoom conference with family members in New Zealand on New Year’s Eve (half of us still in 2021, the others already into 2022), talk of black and white keys prompted my younger brother to ‘whatsapp’ the above photo to us all, with the caption, ‘how pianists dry their socks’.

My older brother forwarded a video clip he had recently watched in which a black American singer told about wisdom he had learned from an ‘old black lady down south’: “Son, if the mountain was smooth, you couldn’t climb it.”

“Think about that,” the singer said, before adding, “This old lady then asked me, did you know that just about all Negro spirituals are written on the black notes of the piano?” I was surprised on two counts: one, I didn’t think you could still use that n-word; and, two, I had never heard that fact before. Apparently like most of the singer’s audience.

“You look sceptical,” he told them, going to the keyboard and playing the five black notes, moving into a recognisable melody of ‘Every time I feel the Spirit’ just using the black notes, followed by ‘Swing low sweet chariot’.

The slaves of Africa did not come to America with the white note scale of do-re-mi-fa-so-la-te-do, he explained. All they had were the five black notes of the pentatonic scale, and they built the power and pathos of the negro spiritual on five notes.

When you study music, he continued, you also come across what are known as ‘white spirituals’, written by white composers who, in early America, talked about the ‘slave scale’. He then proceeded to play the most famous white spiritual based on just the black notes. Two notes into the tune, his audience had already picked up the melody of ‘Amazing Grace’ and began singing along.

The writer of that song, he continued to explain, was a former slave ship captain named John Newton. He would have heard the resonant sounds of west African sorrow chants rising up from the hold of the ship in the middle of the Atlantic. After his conversion, he wrote these words to express his gratitude for God’s amazing grace in his own life, setting them to a slave melody.

While the Library of Congress attributes the words to John Newton, the singer continued, the origin of the music is given as ‘unknown’. Other sources note ‘traditional American’.

Who on board those ships – sailor or slave – could ever have imagined the rich musical legacy that would issue from the extreme sufferings endured in one of the most inhumane forced migrations in human history? Afro-American spirituals, rooted in biblical stories of exile and liberation, have given the whole world the consolation and joy of blues, jazz and gospel.

The black-note scale has given comfort to millions through the years. That should in turn console us in any hardships we may have suffered this past year. Remember, ‘if the mountain was smooth, we couldn’t climb it!‘ For as Paul reminds us, ‘we rejoice in our sufferings, knowing that suffering produces endurance, and endurance produces character, and character produces hope’ (Romans 5:3-4). 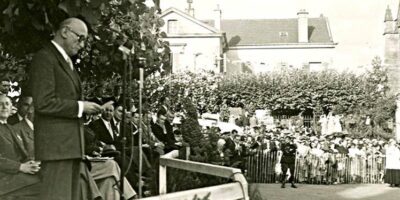 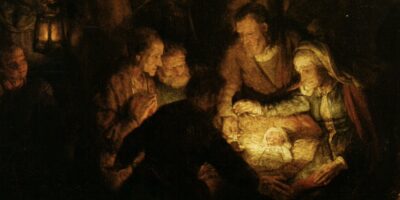