Here are some facts to wake us up.

(Warning: this will be far more offensive than anything Donald Trump has ever said!)

That’s more than the population of Amsterdam, Rotterdam and The Hague put together. Imagine that for a second.

Again that’s about the combined population of Cologne and Munich. Let it sink in.

That’s more people than those living in Toulouse. Or Liverpool. Or Gdansk. Or Antwerp.

This is in our Europe today. In 2016. Under our noses. Before our very eyes. In our cities. Maybe even in our street, or next door.

So where do these figures come from? How can they be so exact? And what time framework are talking about?

Good questions. I asked them myself. They come from the Eurostat 2010-2012 survey of 17 EU Member States. So they’re probably out of date now and too low. But they may be the best data we have. They are quoted by the European Freedom Network (a growing network of hundreds of Christian projects engaged in combatting exploitation) to open our eyes to the fact that human trafficking is happening all around us.

Julia and Jennifer are two key figures in this network. I’ve worked with them on various projects in the past. They ask us to help them in a very quick and simple way.

Go to their special website www.dontshutyoureyes.org and you will find a 100 second film, unsettling and powerful.

You’ll also see a button ‘Join the thunderclap’.  You can register for this ‘thunderclap’, and tomorrow, 18th October, EU Anti Trafficking Day, a link on the social media you choose (Facebook, Twitter, etc) will be shown to the Don’t shut your eyes film simultaneously with many thousands of other people. That way we all make a social media ‘thunderclap’ drawing attention to the film, its message and the website.  (Julia and Jennifer assure me Thunderclap is thoroughly reputable, there’s no security or spam risk).

Take 100 seconds to watch the film, then check out the website to learn how to spot human trafficking and what to do if you are suspicious. You’ll find action ideas for everyone, with prayer points and action ideas for churches too.

For example, we read there that there are different types of human trafficking. Human trafficking and other forms of exploitation are all around us. Victims may be washing your car, painting your nails, picking your food, repairing your home, begging, working in prostitution or posing in the pornographic photo.

Three out of four trafficking victims are involved in sexual exploitation (prostitution, massage parlours, pornography, strip clubs etc.). The vast majority are female. One in seven are children.

People working in the so called ‘sex industry’ may not be trafficked in the strict sense of the word but they are still exploited. The majority of sex workers do not have free choice but are compelled by such things as poverty, addiction, an abusive relationship, debt or even black magic curses.

Healthcare workers have a particular role to play in spotting abuse. Is a patient coming for treatment with a ‘friend’ who appears to be controlling them?  Is a patient requesting repeated abortions? Does someone who is pregnant or has recently given birth still want to carry on working in ‘sex work’?

Some trafficking victims are forced to beg. They must hand over the money they receive to a minder. Look out especially for children begging when you know they should be in school. Is it possible for you to get into conversation with the person begging or take them for a drink? Or does a minder intervene to stop you? Be highly suspicious if this happens.

Other trafficking victims are forced labourers. Most of the victims are men or boys. They might be working in agriculture, construction, hotels, catering, textiles, car washing, care, domestic service, fishing etc., etc.

It’s time to get informed, stay informed and tell your friends and colleagues.

It’s time to watch for trafficking news in the media, to cheer when the authorities get it right and to demand improvement when they get it wrong.

It’s time to lobby your politicians, police, judges and media that human trafficking must be stopped.

It’s time to demand that vulnerable children and families get the support they need so that they don’t end up in human trafficking situations.

It’s time to think about what goods and services we purchase, to commit to avoiding the black economy and, if we possibly can, to buy from particularly ethical companies.

Okay, so now we know. Don’t shut your eyes. Make a thunderclap! 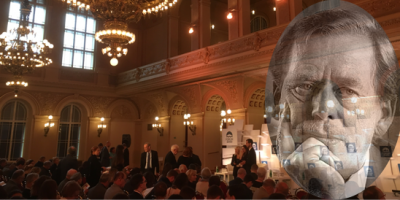 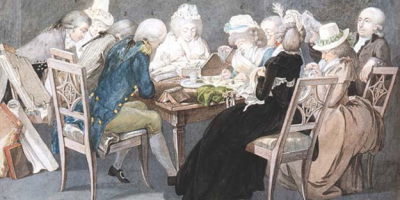