Almost everywhere in Europe, you can trace the footprints of faithful minorities who dedicated their lives to the spread of God’s kingdom. Driving to the heart of Switzerland this month for a coaching event for young, aspiring Christian politicians, my wife and I encountered inspiring stories en route of a Czech, a Swiss and an Irishman, all national icons in their own lands.

The name of Jan Hus, the Czech reformer, martyr and hero, is deeply embedded in the old fortified town of Constance, for example, on the Swiss-German border where the fast-flowing Rhine River leaves the Bodenzee (Lake Constance) on its winding journey towards the North Sea.

Constance was chosen for a council of the late medieval Roman Catholic Church to settle the rival claims of three pretending popes. The town of 7000, selected for its capacity to accommodate large numbers, hosted the council with its 29 cardinals and entourages, 100 ‘learned doctors of law and divinity’, 134 abbots, and 183 bishops and archbishops. Tens of thousands of hangers-on included political, civic and social leaders, as well as traders, merchants and hundreds of courtesans. For four years, 1414-18, the council addressed issues including the papal succession, heresies and Polish complaints about the Teutonic crusade against the pagan Lithuanians. (The Poles judged the crusade illegal, because forced conversions were incompatible with free will, an essential component of genuine conversion.)

The gatherings took place in a large merchant house built on the lakeshore in the late 14th century, still known as the Konzilgebäud (Council building). Here is where Martin V was declared to be the new pope on 11 November 1417.

The Oxford professor John Wycliffe, who had pleaded for the authority of the Bible over that of popes, was a particular target for condemnation of heresy in the opening session, despite already having been dead for three decades. Bohemian students had taken his teaching back to Prague, influencing Jan Hus, rector of the Charles University, popular for his preaching in the local language rather than Latin. Hus criticised the selling of indulgences, simony and other practices of the Church. The Council was determined to root out Wycliffe’s influence.

Summoned to Constance under an imperial letter of safe conduct, Hus saw an opportunity to challenge Church teachings and practices in the light of the Bible. Despite many warnings from friends, he set off for Constance where initially he is said to have stayed in a house near the Schnetztor Gate in what was to become known as Hussenstrasse. No one really knows which house he stayed in, but in this half-timbered dwelling is now a permanent exhibition telling Hus’ story, entitled: ‘Courage to Think, Courage to Believe, Courage to Die’.

After appearing before the Council, Hus was thrown into a dungeon in a tower on Dominican Island, a monastery built on the lakeshore near the Konzil building, today operating as the Steigenberger Inselhotel. Promises of safe conduct did not have to be honoured to heretics, it was reasoned. By letters from his cell, Hus exhorted his followers back in Prague to ‘seek the truth, hear the truth, learn the truth, love the truth, speak the truth, adhere to the truth, defend it to the death, for truth will free you’.

Refusing to recant over his criticisms against the Church, he was convicted by the Council of heresy on 6 July 1415: ‘This holy synod of Constance, seeing that God’s church has nothing more that it can do, relinquishes Jan Hus to the judgment of the secular authority and decrees that he is to be relinquished to the secular court.’ He was immediately handed over to the civil authority, who condemned him to death by burning at the stake on the same day.

Hus was led outside the city wall to a field west of the town, tied to a stake and burned alive. Legend tells us he uttered the following words:

‘You are now going to burn a goose, but in a century you will have a swan which you can neither roast nor boil.’ (‘Hus’ means ‘goose’; the swan alluded to Luther whose family arms depicted a swan.)

Today street signs in German and Czech guide visitors to a large boulder with his name and date of martyrdom in gold letters, the Hussenstein (Husův kámen, Hus Stone), marking the site of execution.

Over six centuries later, Hus’ motto, ‘Truth prevails’, inspired the dissident playwright Vaclav Havel to oppose the lies of communism, and after he became president were embossed on the presidential flag flying over Prague Castle Palace.

And the Swiss and Irish heroes? Their stories will follow. 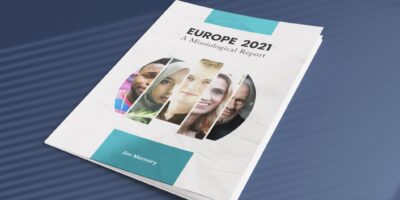