Weekly Word generally focuses on European issues but today I want to explore responses to the global influence of the American Civil War of Words.

The credibility of American evangelicalism globally has been hugely damaged over the past four years, especially among youth. Politicians in other nations, like Italy, Hungary and Brazil, have been emboldened by the authoritarian kind of personality, strongman persona, nationalistic policies and use of religious symbols and language. Bipolar debates now rage in those lands too: Are you for or against …? Hardly the politics of love.

Russell Moore, a spokesperson for the biggest Protestant denomination in the US, the conservative Southern Baptist Convention, recently wrote:

‘Look around us, five years into this experiment. Every family I know is divided. Every church I know is too. Friendships are broken, for almost everyone I know. And, most importantly, every survey shows that the church is haemorrhaging the next generation because they believe that evangelicalism is a means to an end to this political movement.‘

Last week’s ww, about our evangelical legacy of political naïvety, provoked a range of responses. Some felt I had been seduced by the ‘mainstream media’, embracing the wrong narrative and making ‘unknowing comments about the US’. Does one really have to listen to right-wing fringe media to get the ‘correct’ news? When ‘mainstream media’ is branded as ‘fake news’ and ‘enemy of the people’, alarm bells should ring. The role of the free press, the independent news media in modern society, is an essential check on political power. The route to autocratic rule requires the neutralising of this secular ‘prophetic’ voice, the fourth estate. It happens in every totalitarian state and is happening now for example in Hungary.

Johanna, a Belgian-based Canadian, drew my attention to the picturebook View From My Window, which chronicles a contrasting phenomenon to this toxic polarisation. Published last October with photos sent in from New York to Moscow, from Brussels to Mumbai, from Sydney to Säo Paulo, the book shows people reaching out to neighbours during lockdown, helping, sharing, just being there for them. Truthfully, wrote Johanna, it was love in action! What struck her was that it was not a church reaching out – it was ordinary people. This in contrast to the polarisation among Christians over politics!

Johanna: ‘Whether they were Christians or not, I do not know. So often, we might think that we Christians are the only ones that show love to others. We can even become quite proud of what we are doing, thinking that only we are on the front lines and that not many, if any, are doing this. What did Jesus mean when he said that there will be those who will be rewarded because they fed the hungry, clothed the naked, visited those in prisons? These people were not doing it because of their involvement in church ministry; they might not even have been followers of Jesus! And the answer Jesus gave to their surprise and questions? “As much as you did it to one of these, you did it to me. Enter into the joy of the Lord.”’

Marc from the Netherlands asked about the ‘Seven Mountain’ teaching, influential among American evangelicals in encouraging Christians to move into leadership positions in the so-called seven life spheres of religion, family, education, government, media, entertainment and business. Didn’t that come from Bill Bright (founder of Campus Crusade) and Loren Cunningham (founder of YWAM), he asked? Hasn’t this led to an unhelpful power-grab, top-down mentality seeking dominion? Wouldn’t be better to leave the area of politics all together? Doesn’t it just create a huge credibility problem for the gospel and the church when done with lack of wisdom and servanthood?

I was actually present the first time Loren spoke on what he called ‘mind moulders’ in August 1975. He talked of these spheres as ‘classrooms’ through which nations could be discipled. Given his pentecostal background, it was an epiphany for him about the implications of the gospel for all areas of life. Those from Reformed backgrounds would have recognised echoes of Calvin’s understanding of society, especially as taught by Abraham Kuyper. Others however embellished the idea, creating the Seven-Mountain teaching that God wanted Christians to infiltrate all these areas to dominate and rule non-Christians with ‘Christian principles’. This was not Loren’s emphasis. I am allergic to this power-based concept which unfortunately has been widely embraced.

The answer to the abuse of politics by Christians is not abdication, but the politics of love. Join us next week Tuesday on the Schuman Talk when our guest, Canadian political observer David Koyzis, will address this issue head on (February 9, at 18:00 CET, 17:00 UK time).

2 responses to “Politics of love” 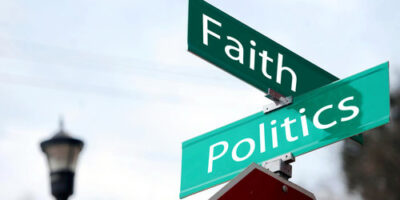 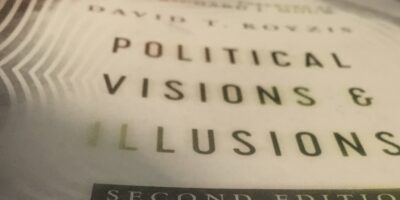