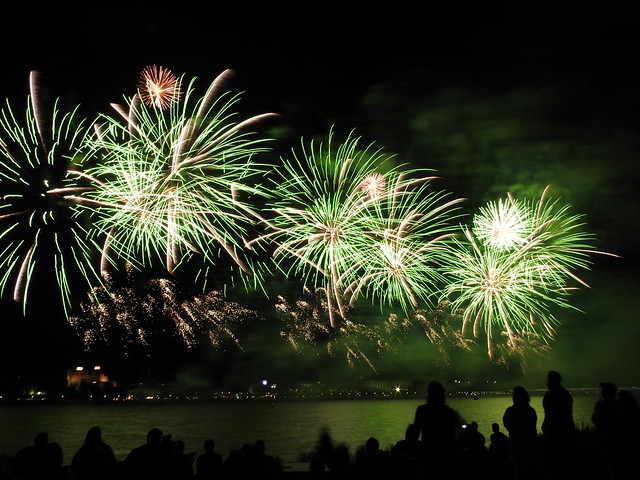 As everybody knows, last Friday (May 9) was Europe Day, occasioning wild celebrations all across the European Union with bonfires, fireworks and all-night dancing.

Well, hardly. I doubt if even a couple of civil servants in their Brussels offices lit sparklers during their lunch-hour. There hasn’t been a lot of celebrating in Brussels since Europe’s ‘shock and awe’ united-front performance during Gulf War Two. (Did you miss that too?)

So what exactly then does Europe Day commemorate?

As a matter of fact, there IS a wonderful story of forgiveness and reconciliation behind Europe Day, one that we do well to pause and reflect on. Perhaps you’ve heard me tell this before, but it’s worth telling annually around May 9.

We pick up the story towards the end of the Second World War, when ninety-five Swiss Christian families pooled their life-savings to purchase a derelict hotel high in the mountains above Montreux overlooking Lake Geneva. Their vision was to open a Centre for the Reconciliation of the Nations, a refuge of hope. Over the next few years, thousands of politicians and other leaders from across Europe and the world would come through its doors.

Behind this vision, and the movement known as Moral Re-Armament (MRA), was a man named Frank Buchman. An evangelist with global impact, Buchman was acutely aware of the need of reconciliation between the nations of Europe, and indeed the whole world. He knew that if Germany was not embraced by Christian forgiveness and reconciliation, godless forces of anarchy or communism would fill the post-war vacuum.

To one of the summer conferences immediately after the war, he had invited a French woman named Irène Laure, a socialist member of the Resistance whose husband and sons had been killed by the Germans. But when Mme Laure discovered Germans at this conference, she stormed off to pack her bags.

Buchman persuaded her first to have lunch with a friend of his, the German widow of Adam von Trott, co-conspirator with Dietrich Bonhoeffer in the abortive plot to kill Hitler. Mme Laure reluctantly listened to Frau von Trott’s story, of how her husband had been hanged by the Nazis, and her children had been taken away from her, given new names and put in children’s homes. As the two women shared their mutual sufferings, they were tearfully reconciled.

The next day, Mme Laure confessed to the whole conference, “I hated Germany so much I wanted to see it erased from the map of Europe! But I have seen here that my hatred was wrong. I want to ask all the Germans present to forgive me.”

Those Germans were among the first of over 3000 leading citizens given special permission by the Allied authorities to travel to Switzerland to meet their opposite numbers from Europe and other continents. The message of forgiveness and reconciliation taught by Buchman and demonstrated by Irène Laure affected them deeply. They invited Mme Laure to address many of their Länder parliaments.

Among the visitors the next year was Dr Konrad Adenauer, the future German chancellor, who invited MRA teams to bring the message of forgiveness to Germany through travelling musical shows. In the heavy industry area of the Ruhr, many Marxist trade union leaders were converted. The resulting moral transformation was seen as a significant factor in the recovery of post-war Germany.

Lying Alsation!
Meanwhile, the French Prime Minister, Robert Schuman, had heard that similar remarkable changes of heart were taking place among industrial leaders in the north of his country, where tensions had led to talk of civil war. He traced the changes back to this Centre for the Reconciliation of the Nations. So in 1948 Schuman, who like Adenauer was a devout believer, arranged to meet with Buchman. The Frenchman confided in Buchman that he was discouraged, and was considering retirement. Yet, something told him his life task still lay ahead, that of reconciling France and Germany.

“But which Germans can I trust?” he asked his new friend. Buchman encouraged both Schuman and Adenauer (who had once called the Frenchman a ‘lying Alsatian’) to trust each other.

This trust culminated in a bold plan, proposed by Schuman, to integrate the coal and steel industries of France and Germany, and of any other European country who wished to join. Since these industries would be the motor of any potential military machine, future war between the nations would be rendered permanently impossible.

Adenauer interrupted a Federal cabinet meeting the same day to announce the plan: “All my life I have fought to reconcile France and Germany. Today Robert Schuman’s generous initiative fulfils all my hopes. This French proposal is in every way historic: it restores my country’s dignity and is the cornerstone for uniting Europe.”

A few weeks later, Schuman decorated Buchman as a Chevalier of the Legion of Honour, in recognition of his role in helping “to create the climate in which the new relationship between France and Germany had been rendered possible.”

Now, that’s something worth celebrating, don’t you think?