The one time I saw and heard Pim Fortuyn – bald, flamboyant, outspoken and homosexual – he and four other well-known ‘non-church’ Dutch personalities delivered a powerful message to 300 spell-bound Christian leaders. Few present will forget that moment early in 2000.

Exactly a year ago, this would-be Dutch “premier” was shot dead outside the national radio and television studios. Memorial services are being held this week. A statue is being unveiled. A special memorial flag is being unfurled. And much is being printed and aired in Holland about his legacy.

Fortuyn was politically incorrect enough to declare loudly and publicly that Islam was a backward, intolerant religion. In his own colourful language, he exposed the threat posed by large-scale Moslem immigration to such “European” values as freedom of speech, equal rights for women and sexual freedom.

Before and after his death, Fortuyn’s photo appeared all over Europe as he represented a phenomenon with significance for all of us living on this continent. Somehow he seemed to trigger gut-level feelings in many ordinary people that something was going wrong in European society.

Most seemed to agree-yet-disagree with the columnist-turned-politician. A fighter for legalisation of drugs and freer euthanasia, Fortuyn could hardly be pigeon-holed as ‘conservative’. Yet the phrase “Fortuyn-effect” was picked up by conservative papers, especially in western Europe and even in America, calling for ‘moral-rearmament’ and immigration restrictions.

What then was so ‘spell-binding’ about the message from Pim and his colleagues to our gathering of Christian leaders?

A broad cross-section of representatives had convened to wrestle with how to communicate the gospel to 21st century Europeans. Fortuyn joined two politicians, a television newsreader and the Amsterdam police spokesperson on a panel to share their perspectives about faith, church and Christians.

Each in turn explained why they were not active church-goers. The stumbling block for one was all those man-made rules which had nothing to do with faith. The church had lost contact with realities of daily life, said another. A third said that instead of getting satisfactory answers to his questions, he was told to shut up and so rebelled. “I don’t believe I believe, but I’m not really sure,” he confessed to the audience.

The ever-sensitive Fortuyn surprisingly liked it in church. “All that ceremony and liturgy, the mysteriousness, the stained-glass windows, the lovely hymns, I found it all wonderful!” And yet he was not a believer. “Faith is a gift. You either get it or you don’t. I haven’t gotten it yet.”

Secret
Christians lacked attractiveness, said the police spokesperson, and rarely talked about their faith. Yes, agreed one of the politicians, it was crazy that people loved to talk about Ajax (the Amsterdam football team) but not what they were involved in on Sunday.

Others queried the secret code-language Christians seemed to use – even on television programmes going out to the general public. While church funerals were culturally richer than non-Christian burials, and small group discussion no doubt had value, the panellists doubted the survival of the institutional church.

For a whole hour, you could have heard the proverbial pin drop. Out of the mouths of these “non-believers” we were hearing uncomfortable truths. If only we had this level of honesty and vulnerability every week in church!

The church needed to be more involved in daily life, was the consensus from the panel – but not from an attitude of superiority. “Jesus did that himself,” one member began to preach. “A church that doesn’t do that is in my opinion a dead church.”

Finally, Pim Fortuyn had the closing word. “You have all been given a name at birth. Your task in life is to give that name special meaning.”

In his short career as aspiring politician, Fortuyn certainly gave special meaning to his name. Exactly what that meaning is, is still being debated.

For myself, I left that gathering deeply challenged to see the kind of 21st century church of Jesus Christ emerge that, deep down, each of these non-believers seemed intuitively to know ought to exist: attractive, outgoing, interactive, engaged in society, embracing and serving.

That has been the Fortuyn-effect on me. 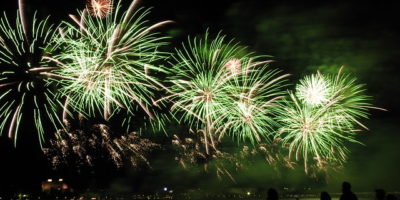