Barely a week goes by these days without someone somewhere in the world sending me an email about Geert Wilders, the controversial Dutch politician with the blonded hair. Often the subject line says something like: ‘This will give you the cold chills!!’ ‘This speech clearly shows our situation in the world… well worth reading!’ ‘Read this and weep!!’ 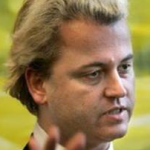 Actually I do feel like weeping when I read, for example, Wilders’ speech at the Four Seasons Hotel in Washington. But not for the reasons those well-meaning individuals initiating the emails might think. I want to weep because it is a response of half-truth and fear, rather than truth and love.
Like a Dan Brown novel, there’s enough truth in what he says to sound plausible; but it doesn’t measure up to closer scrutiny. Yet he is influencing a lot of people, including Christians, in a non-constructive way.
His opening line in the widely-circulated speech is: "We might be in the final stages of the Islamization of Europe. This not only is a clear and present danger to the future of Europe itself; it is a threat to America and the sheer survival of the West. The United States is the last bastion of Western civilization, facing an Islamic Europe."
This, to say the least, is hyperbolic! Yet it is the sort of rhetoric that appeals to certain Americans who open their purses wide to support Wilders as a champion of freedom and their last chance to stop the advance of Islam across the Atlantic.
Wilders is facing prosecution in Holland for hate speech about Muslims and Islam, having referred to Mohammed as ‘the devil’ and the Koran as ‘a fascist book’, among many other statements. The trial is on the back burner with the Dutch national elections under way. Wilders welcomes the trial as a platform for his anti-Islam campaign. It is giving him world-wide publicity, including in many western newspaper editorials.

Dilemma
But the trial raises a dilemma. A New York Times editorial observed that to call for a ban on the Koran and at the same time present yourself as a champion of free speech is ‘a bit rich’. Yes, freedom of speech must be defended. But does freedom of speech mean the freedom to insult, or to muzzle others, as seems to be Wilders’ understanding? If we support his right to freedom of speech, we are easily identified with his message.
One well-known Christian member of the House of Lords, whom I greatly respect, lent her name to his cause after he was denied entry to Britain last year. Unfortunately this associates Christians with his anti-Muslim message.
Wilders has important points to make, but few listen to what needs to be heard because of an extremist style that sows fear, antagonism and alienation. On the other hand, many politicians are too afraid to say anything politically incorrect. Both of these responses are unhelpful.
Last week at the European Leadership Forum in Hungary, Dr Christine Schirrmacher argued that ‘neither a resistance directed against Muslim neighbours and fellow citizens arising out of fear, nor a minimalising of the Islamic political activities will contribute to peaceful coexistence and the constructive shaping of a shared future’.
Yet Wilders makes Muslims feel unwanted and thus vulnerable to radicalism. But for second and third generation Muslims, Europe is their home. We have to accept that and build bridges of friendship. Europe’s churches, networked all over Europe, have a vital key to defuse the polarisation Wilders is creating.
There are issues needing to be addressed that require more than this weekly word. We hope to give attention to some of these in the future via Schuman Centre publications and events. My concern here is that too many Christians accept Wilders at face value. We must develop a more biblical and nuanced position, a response of truth and love.

Dialogue
As Philip Jenkins points out in his excellent book, God’s Continent, the Muslim presence in Europe is nowhere near as big as is often perceived. In Britain it is merely three per cent. France (8.3) and Holland (6.3) have the biggest proportional presence. The average for Western Europe is 4.3 per cent, and in newer European Union nations, 1.1 per cent. Hardly the final stages of Islamization!
There’s much more we could say: about the far greater numbers of Christian migrants being received by the EU, whose presence is beginning to transform our urban churches; about the widespread nominalism among Europe’s Muslims; and the falling Muslim birthrates both in Europe and abroad; and the widespread opportunities to dialogue with Muslims in Europe.
Last weekend my friend Bert de Ruiter of OM addressed a congress of the Federation of Islamic Organizations in the Netherlands, where Muslim and Christian scholars engaged on issues related to Muslim-Christian relations. He spoke on “Islamophobia and Westophobia: overcoming our mutual prejudices”. A Moroccan professor from Frankfurt agreed that Muslims needed to build bridges towards harmonious living together.
This issue is here to stay. No doubt we’ll return to it again soon.