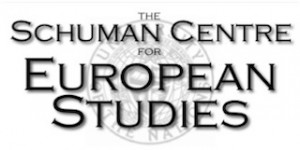 No, I’m not a doomsday prophet, but it is true. The end draws nigh–at least, of my twenty years as leader of YWAM in Europe. Next month in Amsterdam, Friday December 11, we hold a symposium and a reception to mark the transfer of leadership to the European Leadership Team, to be chaired for the first year by Stephe Mayers.

The symposium, as announced earlier in ww, explores what the next twenty years may bring for us in Europe. All are welcome at both the symposium and the reception. (see www.ywam.eu/symposium)
So what is next for us?
Firstly, Romkje and I will take a transitionary furlough in New Zealand, attending in January the first of a series of Jubilee Celebrations around the world next year marking 50 years of YWAM. Later in February, our sons, daughters- in-law and granddaughter will join us there for two weeks for a grand family reunion. We return to Holland in mid- April, to prepare to launch our next project on Europe Day, May 9.
That dates marks the 60th anniversary of an event that has effected the life of every European: the founding of the European Coal and Steel Community. For on May 9, 1950, Robert Schuman, the French foreign minister, proposed to his German colleague, Konrad Adenauer, to bring the coal and steel industries of both nations, and any other willing European nation, under a supernational authority, thus preventing the possibility of any of these nations developing their own war machine. This was birth of what has become the European Union.
Schuman was a devout believer. His vision for Europe was to become a ‘community of peoples deeply rooted in Christian values’. The question that begs is, what has become of this founding vision? And, how can we recover this vision?
UNPRECEDENTED
To find answers to these and other questions, we plan to launch the Schuman Centre for European Studies, with a church service in Brussels. Europe Day next year happens to fall on a Sunday. We want to give thanks for 60 years of peace among the EU member nations, unprecedented in European history. And we wish to reflect on the relevance of this founding vision and values for Europe’s future.
No, we are not leaving YWAM. Nor are we moving to Brussels. This ‘centre’ will be virtual, like the internet, not rooted in any one location; and it will be linked with YWAM’s University of the Nations. It will aim to promote European conversations about Europe’s past, present and future., from biblical perspectives.
The Schuman Centre will promote study courses, events, think tanks and resources to equip believers to engage effectively issues facing us in Europe today. Courses will include the annual four-week Summer School of European Studies, a three-month School of European Studies, and an Evening School of European Studies planned for Amsterdam with fortnightly sessions.
Events will include more symposia such as in Amsterdam next week, and Schuman Lectures, to be held in other European centres. On Europe Day each year, a State of Europe address will be held in the capital of the EU member state holding the presidency (Budapest in 2011), suggesting ways to recover Schuman’s founding vision.
STRATEGIES
Study units, or think tanks, will network thinkers and doers to encourage European dialogues on, for example, the role of the Bible in shaping Europe’s past; on responding to secularism, Islam and new spirituality; and on how to prepare the church for tomorrow’s challenges. Translating such dialogues into concrete strategies for local churches and organisations will be the task of other study units, as well as developing school curricula on such issues.
A website will soon be online (schumancentre.eu) to offer resources including articles, links, bibliographies, news and information on events and courses.
In UofN parlance, a ‘centre’ interfaces with other institutions and universities. A Schuman Council was set up earlier this year to advise on the development of the centre, including academics and practitioners from L’Abri (Utrecht), the Relationships Foundation (Cambridge), Christian Heritage (Cambridge), the Free University (Amsterdam), Schloss Mittersill (Austria), the Institute for Biblical Reform (Biel), and more.
So it’s not just the end that is drawing nigh. A whole new beginning is at hand!
Till next week,
Jeff Fountain