If in these grave days we believe that prayer for Ukraine is a responsibility and a necessity, then clearly so must we also pray for her aggressor, Russia.

Parallels in the Bible and in history help us to know how we should pray. The story of Daniel,  Nebuchadnezzar and Cyrus remind us that rulers are as clay in God’s hand. During World War Two, Robert Schuman, the future French Foreign Minister, wrote from solitary confinement in a Nazi prison cell to French underground fighters, reminding them that their countrymen would have to learn to love and forgive the Germans to rebuild Europe after the war.

Such an attitude is almost too much to ask of Ukrainians these days. And certainly we who still live in peaceful circumstances (even if the price of fuel, energy and food is rocketing) are in no position to preach.

But we can pray for change of heart or change of leadership in the Kremlin. We can pray for wicked plans to be thwarted and to backfire. Many such prayers seem to have been answered over the past three months.

And we can pray for upright Russians to find creative ways to confront their own leaders and fellow Russians with truth.

One such brave voice, Christian historian Andrej Zubov about whom I have written before, continues to find ways to post protests on Facebook, despite its ban in Russia. Zubov, our guest speaker at the State of Europe Forum in Riga in 2015 following the Russian invasion of the Crimea, continues to post warnings that truth prevails over lying propaganda, and that history teaches the fate of tyrants.

In one recent post, Zubov wrote about a mental illness afflicting tyrants he calls ‘geographic map mania’. ”They seek to push the borders of their countries to the max – ignoring the universal outrage, mocking the whole world, to include in their empires new provinces, departments and lands. If the world refuses to recognize all these anschlusses, unification and reunification,.. then everything usually ends very bad.

Zubov writes that Napoleon, for example, claimed for France parts of Germany, the Netherlands, Italy, Spain, Dalmatia and Greece. But the free European countries did not recognise these annexes. After Waterloo in 1815, France was returned to its old 1792 borders. The great empire collapsed, and the ex-emperor was exiled to the island of St. Helena as a British prisoner.

Hitler added to his ‘Thousand Year Reich’ parts of France, Austria, Belgium, Czech Republic, Slovenia, Lithuania, Poland, Bohemia and Moravia. No one except the Führer himself and his other satellites at that time recognized these manic expansions. The Potsdam Agreement of 1945 returned the borders of Western Europe to the Peace of Versailles. Germany lost all of East Prussia, all Silesia and Pomerania.

“And now… the Russian authorities talk about including a number of Ukrainian regions directly into Russia. Crimea has already been turned on, next is Donbass, Kherson, Zaporozhye… Do not forget how such games ended – shame, life sentence, bullet in the head … Maybe it’s time to end this bloody game and, healed from geographic map mania, to look sanely at the world.”

Zubov notes the similarity between the bloody fighting going on in Severodonetsk right now and the battle for Stalingrad in 1942/43, which finally broke the German aggression against Russia.

“There are peoples who are invincible on their own land, but weak and often powerless in aggressive wars on foreign land. But when the enemy attacked Russia, everything was different. After the first shock and confusion, the Russian army became a stone, and at some point the enemy, no matter how strong it was, turned to flee. Napoleon in 1812 entered Russia with an army of 600,000, and left in December, six months later, with maybe 15,000 combat-ready troops.

“Certainly, the current Russian army possesses all the same qualities, but only on their own soil. Detached from her native land and abandoned to foreign land, she (shows) inner weakness. Aggressive war on foreign soil is inconclusive for Russia. This is not a discredit of the Russian army, this is a statement of a historical fact, a sum of three centuries of experience.

“Vladimir Putin loves history. Let him scroll through her pages one more time. A wall of courage has grown in front of the Russian army, which it will not be able to overcome. The spirit of courage and determination to stand to the end has entered the hearts of Ukrainians. Ultimately, spirit always wins, especially when there are rockets and tanks on both sides.

“As a historian to a man who loves history, I want to tell you, Vladimir Vladimirovich, do not persist in a cause you have lost.”

May such voices multiply. 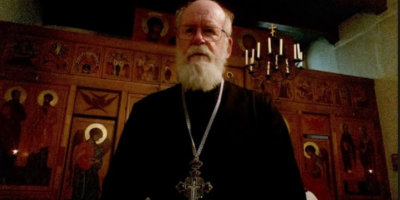 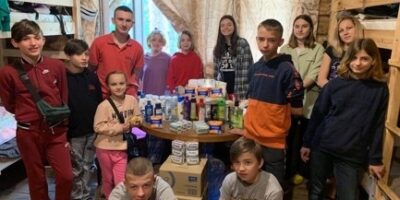