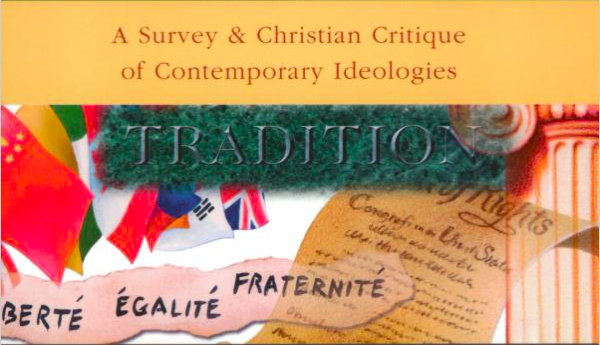 I have been reading Political Visions and Illusions by David Koyzis (IVP 2003) in preparation for the YWAM consultation on government I wrote about last week. I promised to unpack some of the author’s insights about today’s political ideologies, as well as briefly to look at two Christian historical models for political engagement.

Ideologies flow out of the religious commitment of a person or community, claims Koyzis. Humans are worshipping creatures, though not all humans will admit this of themselves. An atheist denies belief in God but may effectively worship rationality, artistic prowess or military might as god. Some aspect of God’s creation assumes an idolatrous role above all other aspects.
As suggested last week, that’s true for liberalism and its god of maximum individual freedoms, nationalism (liberation from rule by the ‘other’), conservatism (return to the ‘golden age’), socialism (the communal ownership of all wealth), and even democracy (which without proper spiritual foundations bows to the god of popular sovereignty).

However, even though ideologies flow out of an idolatrous worldview, argues Koyzis, they still may have something to teach us. They may have uncovered fragments of the truth which Christians have not clearly seen.

What, for example, caused otherwise good and decent German citizens to succomb to the attractions of national socialism? Or why did many western intellectuals turn to communism, scandalised by the suffering of the Great Depression?

Koyzis, a professor of political science at a Canadian Christian university, nevertheless sees the faithfulness of God to his creation despite the distortions of the ideologies. Even the most deceptive of ideologies is incapable of altogether misshaping human society in its own image. A liberal political order promoting individualism cannot totally erode the basic institutions of marriage and family. Neither has totalitarianism been successful in fully erasing family and other loyalities other than to the state.

“For this we may rightly thank God, who faithfully upholds his creation order in the midst of our disobedience,” writes Koyzis.

Scattered voice
If all our existing ideologies have idolatrous presumptions, where can the Christian stand? Some Christians label themselves Christian socialist, arguing that scripture commands us to care for the poor and the oppressed, and therefore requires a socialist agenda. Others retort that as the Bible supports private property, the liberal capitalist option is the most Christian system. Yet others style themselves politically conservative, as they identify faithfulness to the historic faith with loyalty to tradition in general.

The net result is a ‘scattered voice’, an unnecessarily fragmented Body of Christ in the political arena, according to Koyzis. Taking sides is based on a flawed understanding of what the ideologies actually are. Rather than seeing them as intrinsically religious, many Christians see them as simply neutral systems, and ignore the spiritual roots of capitalism and socialism.
Yet biblical Christianity affirms firstly that all of creation is under God’s sovereignty; but that man’s sin, the fall, has affected all our activities-what Calvinists call total depravity. Just as creation and fall are cosmic in scope, so also is redemption, which is ‘creation regained’.

And this regained creation includes politics. We cannot simply consign politics to a neutral, ‘secular’ realm, nor to the sovereignty of the prince of this world, says Koyzis. We must claim it for Jesus Christ.

So what does a non-idolatrous approach to society and politics look like? Koyzis argues that it will acknowledge the sovereignty of God over all of life. It will uphold individual rights, like liberalism, yet remind us that the individual is not sovereign. It will give due place to tradition, as does conservatism, yet recognises that all human works are tainted by sin. Like nationalism and the democratic creed, it recognises the place of the human community, but not as a sovereign focus of loyalty.

Civil society
The one non-idolatrous alternative, Koyzis argues, is a kind of pluralism. He devotes a key chapter to exploring two Christian models attempting to rise above the idolatries of ideologies, one Catholic, the other Reformed.

The social encyclical Rerum Novarum (1891) laid the foundation for a Christian democracy seeking reconciliation, not war, between classes, guided by church teachings. It rejected liberalism and socialism alike, insisting that the state must govern for the common good, and respect subsidiary communities. This doctrine of subsidiarity has become a foundational principle of the European Union. Society is made up of, not just of the state and individuals, but a variety of smaller communities, groups, associations, each of which should be allowed the greatest possible autonomy. This pluralist principle protects civil society.
A second tradition affirming societal pluriformity was developed by Dutch Calvinists in response to the ideologies spawned by the French Revolution. Groen van Prinsterer, Abraham Kuyper and Herman Dooyeweerd spoke of sphere-sovereignty, recognising that ultimate authority belongs to God. All earthly sovereignties are subsidiary. The family, the school, business, labour, the arts and so on are all sovereign in their own spheres, within their God-given limits.

These approaches hold promise for the complex political realities of the twenty-first century, suggests Koyzis. They avoid the injustice resulting from the state over-reaching its proper, God-given task.