‘Luther’ and ‘Populism’ are two words we will encounter frequently this year. In this 500th anniversary of the start of the Reformation, populists are expected to influence elections in some fifteen European nations.

Inevitably, the claim will be repeated that Luther was a populist. So, was he? That depends on what we mean by ‘populism’.

A dictionary definition reads: support for the concerns of ordinary people, or the quality of appealing to or being aimed at ordinary people. Nothing wrong with that. Populists can be leftist, rightist, or centrist. No identifiable economic or social set of conditions give rise to it. It is not confined to any particular social class.

Today the term ‘populism’ is often viewed as wooing an alienated public (‘the forgotten men and women’) through appealing rhetoric or unrealistic and simplistic promises (‘Make Britain/America great again’), and by claiming to take their side against an elitist establishment that has failed to deliver the goods (‘Lock her up!’). It aims to build enough popular support to gain political power (‘take back our land’) and displace the corrupt powers that be (‘drain the swamp’). Populism flourishes in times of uncertainty, unemployment and hardship, seeking scapegoats for all that is wrong in society (‘Jews, gypsies, homos, Moroccans, Muslims, Mexicans, refugees, experts …’). This sort of populism polarises society (‘us versus them’).

Populists seize opportunities to use the latest technology to get their message to the masses, short-circuiting traditional media often identified with the establishment. Social media, especially Twitter, has become a favourite way for populists of immediately responding to latest developments and keeping the initiative. Populists often use ‘politically incorrect’ language, speaking the language of the man on the street, unafraid to confront, offend and alienate, avoiding diplomatic niceties.

Populists appeal to emotion more than to reason, and in worst cases deliberately manipulate their public through propaganda, what everyone now calls ‘fake news’. It is often said that the first casualty of war is truth. But 2016 saw such widespread use of emotional slogans with little relation to reality that ‘post-truth’ was chosen as the Oxford Dictionaries Word of the Year–described as ‘an adjective defined as relating to or denoting circumstances in which objective facts are less influential in shaping public opinion than appeals to emotion and personal belief’. While the concept of post-truth has been in existence for the past decade, Oxford Dictionaries observed ‘a spike in frequency this year in the context of the EU referendum in the United Kingdom and the presidential election in the United States’.

So, was Luther a populist? He was not a politician seeking popular support. He had no political ambitions. He never ran for any political office. He was a theologian, a priest, a preacher, a professor, a writer and a Bible translator. And yet his speaking, actions and writings had profound political fallout which reshaped the political map of Europe.

His message, while not in the first place aimed at the public, certainly stirred the masses. After the publication of his 95 Theses, crowds turned out to greet him on his travels. On his arrival in Worms for his trial, he was escorted to his lodgings by two-thousand supporters. One contemporary writer polled people in inns around the territory and reported that three out of every four persons he talked to supported Luther.

His brave stand galvanised the popular imagination and has been often blamed for inspiring the bloody Peasants’ Revolt of 1524-26, a result of a tumultuous collection of grievances in many different spheres: political, economic, social, and theological. Yet Luther eventually joined with the ‘lawful authority’ of the burghers, nobility, and princes, preaching peaceful progress and passive resistance. No circumstances justified violence to be used on behalf of the Gospel, he argued.

While his revolutionary and powerful use of the new technology of printing, his sometimes vulgar language, appeal to the masses and opposition to the ‘corrupt elites’ of church and empire certainly resonate with the populist image, his goal was to reform, not overthrow, the established order. Even when excommunicated, Luther saw the new church structure as an emergency measure. Despite his emphasis on the priesthood of all believers, he retained the role of the bishop. He had never intended to break with Rome, as European populists today want to break with Brussels.

Luther was committed to divine truth, not emotional manipulation. The driving force of his life was his search for God’s grace, as Pope Benedict emphasised when visiting Luther’s monastery in Erfurt in 2011. His emphasis on the Bible as God’s Word, the Church as the People of God, the priesthood of all believers, the confession of the crucified Christ, and individual freedom of conscience and faith, has after 500 years been officially embraced by the Church of Rome, something Luther would rejoice to see. 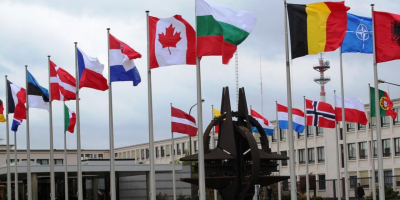 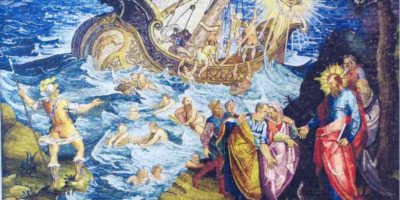