Something was puzzling the delegation of Ukrainian denominational leaders and politicians I met with last week in Strasbourg to consider the impact of 500 years of the Reformation. They were visiting the city as their president, Petro Poroshenko, was addressing the Council of Europe and unveiling a bronze monument to the ‘Heavenly Hundred’ who were killed during the 2012 Maidan protests in Kyiv.

How was it, they asked, that European officials from Protestant countries were insisting that if Ukrainians really wanted to be part of ‘Europe’, they would have to adopt ‘liberal-progressive’ attitudes towards subjects like same-sex marriage, abortion and euthanasia?

I explained to them what my colleague Evert Van de Poll calls ‘the paradox of Europe’: that Europe is the continent most influenced by the Bible… and by the rejection of the Bible. While the fruit of the Reformation could still be seen in those countries traditionally called ‘Protestant’ – in terms of stable democracy, low corruption, and high GDP per head of population – sadly the churches in these nations were no longer shaping the agenda. The process of secularisation had actually begun in Protestant nations as far back as the Reformation itself, when monasteries were secularised overnight. A long process had followed, as traced by Charles Taylor in A Secular Age, by which faith communities, starting with Protestants, had found themselves largely sidelined in the public square by late last century.

I and others with me encouraged the delegation members to stand their ground against such ‘western imperialism’, and to insist on being part of a Europe that expressed unity with diversity, not conformity. The positions being advocated as ‘European’ were perspectives only relatively recently adopted after being championed by a vociferous minority, and did not reflect the historic position of the overwhelming majority of Europeans. They as Ukrainians had as much right to call their perspectives ‘European’ as did the ‘progressive liberals’.

We also exhorted them to learn to engage in the debates, and to help equip the upcoming generation of Christian leadership to engage effectively in the public square. This was crucial for the spiritual welfare of their nation.

We can learn from those in other countries facing similar challenges. An Australian-based website I find very helpful is Mercator, which describes itself not as conservative or liberal, but as ‘dignitarian’: “We place the person at the centre of media debates about popular culture, the family, sexuality, bioethics, religion and law.”

A few days ago, Mercator ran an article relating to the current same-sex marriage debate in Australia. James Parker, a former gay activist who experiences same-sex attraction wrote the following:

“I am at the heart of Australia’s ‘No’ campaign regarding same-sex “marriage”. I am labelled as bigoted, homophobic, and discriminatory and yet in the past I have risked imprisonment fighting for gay rights.

“Few people realise that a significant percentage of Australia’s “out and proud” gay men and women are quietly voting No. These same-sex attracted men and women tell me they are voting No because they believe that wherever possible children have the right to know and be cared for by their biological parents in line with Article 7 of the UN Convention on the Rights of the Child. They want this relationship upheld and safeguarded at all costs. Understandably, many oppose any increase of commercial surrogacy and gay parenting, an obvious by-product of legalising same-sex marriage.

“Others see marriage as the sacred union of one man and one woman which cannot be replicated by two people of the same sex through a civil or religious ceremony, and thereby should not promulgate a lie by taking on the same name.

“Many gay people wisely foresee that Australians’ basic freedoms of speech, expression, religion and association will be under threat as a result of the words husband and wife being removed from the Marriage Act and replaced with the union of any two people. They rightly fear significant and even catastrophic consequences such as the dissolution of male and female across society, with its damaging effects across the school curriculum and into the family home as is being seen across Canada, the USA and the UK where radical gay sex education is becoming obligatory.”

To say ‘No’ can be to say ‘Yes’ to the core values of love, truth and justice on which we can build a better Ukraine, a better Europe, a better Australia and a better world. 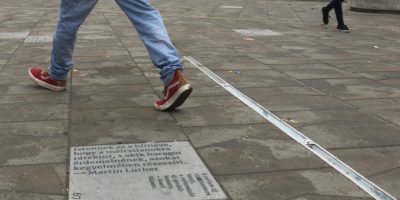 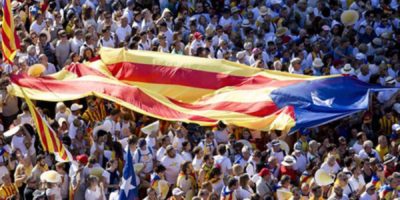