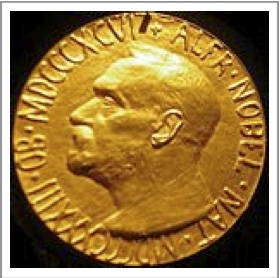 The timing was most interesting for several reasons. Friday morning I was addressing a Pentecostal European political forum for youth in the European Parliament building in Brussels, challenging conventional wisdom with several ‘outlandish’ propositions.
Firstly, that the story of Jesus has been the single greatest factor in shaping Europe’s past. Secondly, that the Bible has been by far the greatest inspirational source for western civilisation. Thirdly, that God’s faithful minority have had an unparalleled influence on the course of European history. And lastly, that the European project was born out of a  vision for a ‘community of peoples deeply rooted in Christian values’.
Next to me, the hostess of our gathering, Finnish MEP Sari Essayeh, was listening with one ear while twittering on her laptop. Something significant seemed to be drawing her attention.
As soon as I finished, she told the audience that what they had just heard from me was a wonderful justification for what had just been announced on the internet while I was still speaking: that the Nobel Peace Prize had been awarded to the European Union for  ‘contributing to the advancement of peace and reconciliation, democracy and human rights in Europe for over six decades’.
Surprise
The announcement came as a great surprise in Brussels as elsewhere around the world. EU officials were naturally delighted with such good news coming in the midst of tension and violence on the streets from Spain to Greece, due to economic hardship and high unemployment.
For myself, the news was excellent timing. You may recall from last week’s Weekly Word that next week we are holding a reception in The Hague to launch the Dutch version of Deeply Rooted. We have invited half a dozen academics, politicians and media experts to respond to one of the propositions I make in the book: that Robert Schuman’s declaration made in Paris on May 9, 1950, proposing the establishment of the European Coal and Steel Community, was the defining moment of post-war Europe.
I suggested that Schuman’s declaration led directly towards a united and prosperous western Europe, making eastern Europeans aspire to the better life of their western neighbours, resulting in the breaching of the Berlin Wall nearly forty years later. Responding to the award announcement, the BBC echoed these thoughts stating that after and just before that dramatic event in 1989, the EU acted as a beacon for democracy, for human rights and a civil society: ‘Many Eastern European countries rejected communism because they had before them a clear example of an alternative. Young people wanted to be part of a normal European society. Eastern Europe today is testimony to the spread of democracy’.
Others considered the award remarkable given the notable failures of the EU, as in the Balkans conflict, with Srebrenica a shameful lowpoint. One senior Dutch former minister said the EU should refuse to accept the award, given its more recent record. Besides, he said, NATO was really what had preserved the peace, not the EU.
But that is to miss the point. That half a billion Europeans from 27 nations are today able to live peacefully together in a continent for which the default setting over the centuries has been constant war took more than simply a NATO umbrella.
Scaffolding
Yes, the Marshall Plan and NATO were essential elements in post-war recovery, but they were like the scaffolding around a building. Unless the Europeans themselves had come to a place of forgiveness and reconciliation, allowing new relationships to form and the beginnings of a new model of international community with a degree of mutual accountability, no amount of scaffolding would have brought healing and renewal.
That was the genius of the Schuman Plan, a first step towards making war unthinkable. That itself was unthinkable in 1950. Today we simply take peace for granted.
The sudden focus on the original aim of the European project–peace among former enemies–is indeed a welcome reminder and encouragement. In all the press attention however, nothing is being said about the specifically Christian values and vision that Schuman, Adenauer and De Gasperi shared and worked towards. As Schuman himself warned, cut off from her Christian roots, Europe would lose the foundations for equality, human dignity, tolerance and compassion.
This remains the untold story behind the success of the European project, a story we will focus on in the reception next week Friday, Oct 26. Space is limited but if you would to attend, write us at:  schumancentre@gmail.com
Till next week,
Jeff Fountain