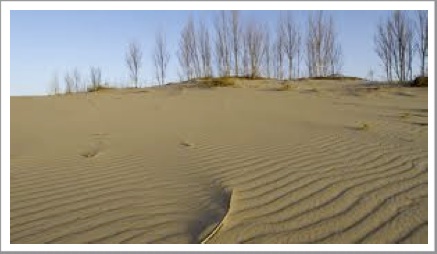 So what does the desertification of Africa have to do with us Europeans? Much in every way, believes a former Minister of the Environment for Benin, speaking this weekend at the European Economic Summit in Amsterdam.
Luc Gnacadja brings his Christian faith to his campaign against land degradation, promoting global sustainability through care for land and soil. For the past seven years, he was the executive secretary of the UN Convention to Combat Desertification. He is a passionate advocate of Zero Net Land Degradation by 2030 for the sake of healthy and productive land for future generations.
A subject usually far from European minds was brought close to home by the speaker as he spoke of the ‘surge in migration into Europe’. Already this year 110,000 illegal migrants had been caught trying to cross the Mediterranean on boats, compared to 20,000 in all of 2012. Most of these refugees were coming from Europe’s dry hinterland countries, explained Gnacadja: North Africa and Sahel, the Middle East and Central Asia.
They were trying to flee from the effects of decades of environmental degradation which had been compounded by escalating climatic shocks such as droughts. These regions were today’s most human-insecure and conflict-prone globally.
They therefore posed major threats to Europe’s security and created tensions among EU member states. No wall, no fence around Europe’s ailing prosperity could effectively keep these forced-migrants at bay, he told his attentive audience. This was about Europe’s dry hinterland, he stressed.
Push-factors
Further, he added, the majority of the world’s unreached peoples lived in this hinterland. All these facts added up to responsibility for European Christians to address the ‘push-factors’ of forced-migration.
Drylands were not marginal regions, he explained; they represented one third of the world’s land mass and population, nearly half of the world’s food production, half the world’s livestock and were home to the largest diversity of mammals.
Driving his point further still, Gnacadja unpacked the concept of ‘land footprint’, the area needed for any region’s food production. ‘Virtual land’ described the foreign land needed for the region’s imports and exports. In the case of EU-28, that is over a quarter of the globe, making a huge virtual land trade imbalance. Asia, Africa and Latin America were Europe’s main ‘virtual land‘ suppliers. Yet another related concept was that of ‘water footprint’, and again Europe’s footprint, and therefore ecological responsibilities, extended far beyond her geographical boundaries.
Africa’s problems were therefore Europe’s problems, and Europeans should seriously consider how best to invest in renewable energy, education, health, water, woodland and re-forestation projects in that continent. Drylands were a mission field, postulated Gnacadja, an opportunity for transformational business models, a new frontier for Europe to engage in co-prosperity.
Christians, he said, should be prophetic. Jeremiah chapter 12 talks of wasteland and parched ground mourning God. Drylands were a mission field to restore the people and their land, and thus mitigate the push-factors of forced-migration, the audience heard.
Roots
Mission agencies in Niger were in fact experiencing remarkable results in making man-made barren land to thrive. When you understand desertification, he said quoting Australian Tony Rinaudo, you can restore the land. Rinaudo developed ‘farmer-managed natural regeneration’ (FMNR) literally as an answer to prayer. This approach has been recognised as one of the most successful and cost-effective regenerative agro-forestry schemes in the world.
Rinaudo realised that beneath what seemed to be arid desert were hundreds of tree stumps buried in an ‘underground forest’. Instead of destroying the growth from these stumps as was standard farming practice, this indigenous growth needed to be nurtured. Seemingly treeless fields could contain seeds, living tree stumps and roots with the ability to sprout new stems and regenerate trees. Biodiversity could be increased, soil structure and fertility improved, wind and water erosion reversed and dried up springs coaxed to reappear.
Already five million hectares of land in Niger had been regenerated in this way, feeding 2.5 million people with 500,000 tonnes of new cereal production.
Suddenly I realised that here was a parable concerning the spiritual desertification of Europe. Under our continent’s seemingly spiritually arid landscape was an ‘underground forest’ of buried spiritual roots. Instead of letting such roots be destroyed by academics and politicians, we needed to nurture them into new life, to regenerate the wasteland and parched ground.