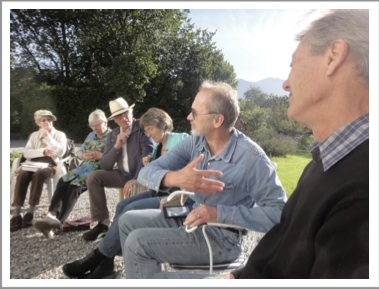 The responsibility of the ‘eye-witness generation’ to pass on the memory of the remarkable events of twenty-five years ago was on the minds of former senior YWAM Europe leaders as we gathered for the annual Caleb Forum last weekend in Einigen, Switzerland.
The new generation of leaders now assuming responsibility has little or no living memory of the revolution of the human spirit which swept aside communism. Stories needed to be told in verbal and written form, we recognised, not just of political and economic changes but of the role of courageous individuals who risked all to stand against the oppression and injustice of the communist system.
The secular assumption that we had reached the ‘end of history’, the final station in the long journey of human development, has been upset by the return to a new cold war status. Just as nato this year has rediscovered why it originally came into existence, we too find ourselves realising that peace cannot be taken for granted. Again we need to be stirred to rise to the new challenges, finding Christ-like responses in a season of renewed propaganda.
Al Akimoff, active in the Soviet Union since the early 70’s, hindered from attending this year’s forum, emailed about the day he and his wife Carolyn drove across from Austria into Czechoslovakia: ‘We prayed our usual prayers before the border, then slowly drove to the border control. We stuck our passports out the windows for the officer but he just smiled at us and said, “Today, you do not need passports to enter, welcome to a free Czechoslovakia.” We drove on to a country delirious with freedom. People were climbing on statues in Wenceslas Square in Prague. Flags were flying, horns blowing and people danced in the streets. It was an incredible experience.’
Is this really happening?
Later he and his family arrived in Moscow by train from Kiev in the early hours of the morning, tanks were encircling the Kremlin at the same hour. When the hostess of the apartment they stayed in turned on her television, there was only music from Swan Lake. ‘She looked at us and said, “something terrible is happening, they only play this music when there is some major happening.” All television and radio was shut down. For the next week we stayed with this lady. Every once in a while something would come on TV or radio from pirate stations. We began to piece together that Gorbachev had been arrested and that there was a coup in progress. Finally, the coup leaders appeared on television explaining that they had taken control over the land. They were very old men whose voices and hands trembled as they spoke. Our friend remarked, “Is this what we have been afraid of all these years?”
‘The next day Yeltsin made his famous stand and the Soviet Empire collapsed. We were heading in to the city in the morning and were on the underground metro. As we came into the city this particular line came up to street level. Everyone gasped, as we looked out the window, there was the Russian flag (instead of the red Soviet flag) flying for the first time since the Revolution. It was one of the most incredible experiences of my life, living among the Russian people, experiencing what they were going through.’
Miracle after miracle
Al continued: ‘In Bulgaria we had a Jesus Festival in the main park. The mayor of the city stood up and said, “People, listen to the message these people have brought us, we have not heard this for many years, they have come to tell us about Jesus.” Every day we would wake up and pinch ourselves and say, “can this really be true, is this really happening?” From that time on we went on to experience miracle after miracle in country after country.’
The warm Swiss sunshine on our faces, we heard about the role of the newly elected Polish Pope, John Paul II, exhorting his countrymen to ‘fear not!’ and encouraging the Gdansk shipyard workers, by speaking of the ‘eternal significance’ of their free trade union, Solidarnosc; about the hill of the crosses in Lithuania where the people defied the authorities by replacing the crosses bulldozed away the day before, creating a monument of defiance marked today by over two million crosses; of the pan-European picnic I have written about in Weekly Word; of the Singing Revolution in Estonia when song festivals became the weapon of peace to undermine the oppressive regime; of the human chain across the Baltics demonstrating the people’s solidarity; of the movement in Romania that began when  one pastor’s congregation gathered outside his house as police came to arrest him, swelling into a national movement chanting ‘God exists!’ in the public square.
Next week will be the 25th anniversary of the breakthrough of the prayer and peace movement in Leipzig, on October 9, 1989.
More about that then,
Jeff Fountain 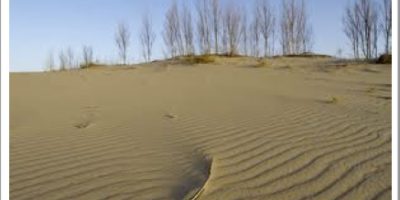