We must pause to jog our memories about the legacy of Mikhail Gorbachev with his passing this week and his burial ceremony in Moscow today. For his was an essential role in the events that led to the fall of communism and the Soviet Union a generation ago – and consequently the reunification of Germany, the eastward enlargement of the European Union and the freedom enjoyed by literally hundreds of millions of Central and Eastern Europeans today.

According to his former interpreter, Gorbachev had been both shocked and traumatised in recent months by the Russian invasion of Ukraine, the breakdown of relations between the two countries and the return of Cold War east-west tensions. Both he and his wife Raisa had had a mixed Russian-Ukrainian heritage. Where he had promoted a ‘common European home’, his successor now fought for a Russian-dominated Eurasianism.

After Stalin’s death, the young Komsomol worker became a keen proponent of the de-Stalinization reforms of Soviet leader Nikita Khrushchev. Six years after joining the Politburo in 1979, he was elected as General Secretary of the Communist Party, leader of the vast Soviet Union spread over eleven time zones – and its even bigger Soviet empire.

The 1986 Chernobyl disaster forced him to recognise the need for widespread reform. The Soviet economy was in a dire state. Food was scarce due to failed grain harvests. While still committed to preserving the Soviet state and its socialist ideals, Gorbachev took seriously the critique of dissidents and protesters, unlike his predecessors. He saw that, barring drastic change, the days of the empire were numbered. Withdrawing his troops from the Soviet-Afghan War, he held summits with Ronald Reagan to limit nuclear weapons and end the Cold War. His domestic policy of glasnost (‘openness’) allowed for unprecedented freedom of speech and press, while his perestroika (‘restructuring’) sought to decentralize economic decision-making to improve its efficiency.

In an illuminating article on the Schuman Centre website, professor Evert van de Poll calls Gorbachev a ‘typical tragic hero’ who, ‘to the astonishment of the whole Western world, set in motion a series of internal reforms and a policy of friendly international relations that would arouse such a strong popular support in the whole communist world, that the old order was completely overtaken by it.

Only six years later, atlases and history books had become obsolete, as the Iron Curtain had been lifted, the Soviet Bloc fallen apart, and the Soviet Union completely disappeared.’

Evert, who translated one of the first biographies of Gorbachev to appear in the West, describes him as ‘the hero hailed by many’. ‘But’, he continues, ‘he became the victim of his own “success”, because with the end of the old order, his own political career came to a sudden end – like a general mortally hit by a bullet on the day of final victory. For this tragic hero, there was no place in the new order that he had helped create.’

Putin views his predecessor in the Kremlin as the architect of the disintegration of the Soviet Union: ‘the greatest geopolitical catastrophe of the twentieth century’. After taking 15 hours to produce a neutral acknowledgement that Gorbachev had had a ‘huge impact on the course of world history’, Putin has denied the former Soviet leader the national day of mourning and grand state funeral in Moscow’s Cathedral of Christ the Saviour which he bestowed on Boris Yeltsin. While sanctions will prohibit world leaders from attending the funeral, as would be customary, Putin’s own ‘work load’ is the reason being given for his absence.

While his legacy may remain controversial, Gorbachev’s promotion of Europe as a ‘house of nations’ resonated strongly with the views of Pope John Paul II. The Polish pope’s championing of the Polish trade union Solidarity catalysed the fall of the communist government in that country, setting off a domino effect. Historic changes were unfolding in 1989 as Gorbachev met with JPII, the first communist leader to meet any pope. The Bishop of Rome repeatedly denounced the division of Europe in two halves, insisting that East and West belonged together, as the two lungs by which Europe breathed.

Gorbachev too considered the Soviet countries as belonging to ‘the house of Europe’. As early as April 1987, while visiting Prague, he declared his opposition to ‘the division of the continent into military blocs facing each other, against the accumulation of military arsenals in Europe, against everything that is the source of the threat of war.’ He repeatedly spoke of this vision of peaceful coexistence within a ‘a commonwealth of sovereign and economically interdependent nations’.

Oxford history professor Timothy Garton Ash described the historic inter-relationship between the pope, the trade union and the secretary general as follows: ‘Without the Pope, no Solidarity. Without Solidarity, no Gorbachev. Without Gorbachev, no fall of communism.’

One response to “A tragic hero” 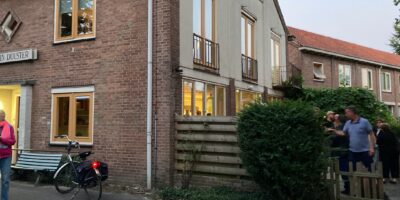 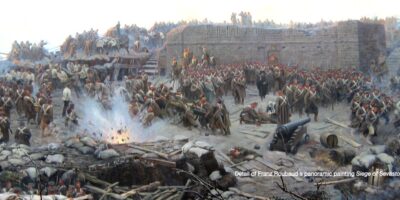