“(Russia) is in great measure composed of spoils which she has torn from surrounding nations. Her frontier provinces are filled with injured, discontented hostile populations … many of whom wait, with patience and desire, the blessed day of emancipation and revenge.” – The Economist

This quote from the venerable British journal is dated 1854 – during the Crimean War – yet is equally applicable today. That war has many parallels with the current conflict, including a Russian army that had been feared throughout Europe yet was soon exposed to be weak, corrupt, poorly equipped and demoralised.

It’s worth asking what can be learnt by comparing that war with the present situation. Ted Widmar asks in The Guardian: “Can history offer any clues? Vladimir Putin likes to talk about the Second World War, Russia’s best war, but the closest parallel is probably the Crimean war, which dragged on for two and a half years, from 1853 to 1856, before the exhausted belligerents worked out a peace agreement.”

This week marked six months of this ‘special operation’ which western observers estimate to have caused over 15,000 Russian lives (equal to death toll in the whole ten-year Russian campaign in Afghanistan). And there is still no end in sight. In reality, many of those killed are not ethnic Russians but from minority ethnic groups recruited from Siberia to minimise negative fallout closer to Moscow.

These are high figures by today’s standards, and according to Ukrainian estimates, may be only half of the true figures. Yet they are dwarfed by the 250,000 lives lost by each side of the Crimean War to tactival blunders and disease. A total of half a million!! The Russians did not have a monopoly on folly. Lord Tennyson’s epic poem, The charge of the Light Brigade, immortalised a disastrous British military operation. Misinformed British officers sent 600 cavalry soldiers armed only with sabres charging directly into to cannon barrage:

‘Into the jaws of Death, Into the mouth of hell’

‘Theirs not to reason why, Theirs but to do and die’

As with the present war in which messianic pretensions have influenced Putin’s decisions, religious factors helped trigger the Crimean War. Russia promoted the rights of the Orthodox Church in the Ottoman Empire and France those of the Catholics. Russian and French monks argued over rights to the keys to the Church of the Nativity in Bethlehem. Although the churches eventually came to an agreement with the Ottomans,  pride could. not allow Tsar Nicolas and Emperor Napoleon III to back down. Not expecting Britain and French to take up arms to defend the Ottomans, Nicolas moved to invade the Ottoman empire, hoping to gain Constantinople, now Istanbul. Resisting the influence of liberal democracy in Europe, he coined the slogan, ‘Orthodoxy, autocracy, nationalism’ – anticipating Putin’s own ideology of Russky mir.

For the British in particular, the Crimean war was fought for the balance of power in Europe rather than for questions involving the Near East. Likewise, western support of Ukraine has been bolstered by the argument that Putin must be stopped on his own borders before he further threatens the European order, rather than a concern for affairs around and beyond the Black Sea.

The Crimean War was fought in front of a global audience following thanks to developments in photography. A wine wagon converted into the first mobile dark room on the battlefield, enabling clear images of the bloody fighting to be telegraphed to armchair readers everywhere. Karl Marx, reporting on the war for the New York Tribune, observed of Nicholas I that ‘only a miracle can extricate him from the difficulties heaped on him and Russia by his pride, shallowness and imbecility’. Many would say that today of the current ruler in the Kremlin.

Anno 2022, the media is a major player in the battle to capture people’s minds through words and images. Social media, mobile phones and videos recorded from drones allow the truth to seep past the Kremlin’s efforts to distort reality.

As Widmar points out, wars can produce unforeseen consequences. The Crimean War led to the abolition of serfdom in Russia and an emancipation proclamation on March 3, 1861, the day before Abraham Lincoln was inaugurated as US President. Lincoln was to issue his own Emancipation Proclamation of slavery within two years. After Crimea, the young Tsar Alexander II also decided to sell Alaska to the US as an indefendable distant frontier.

Another major outcome of the Crimean War was the birth of the modern nursing profession through the heroic efforts of Florence Nightingle and her team of nurses and doctors who established new standards of hygiene and care preventing the needless loss of life through disease.

Who knows how we might view the outcome of Putin’s ‘special operation’ when the dust finally settles? 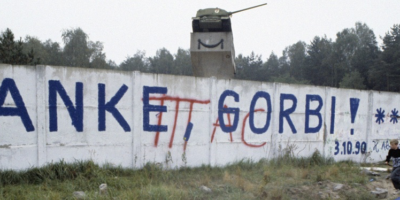 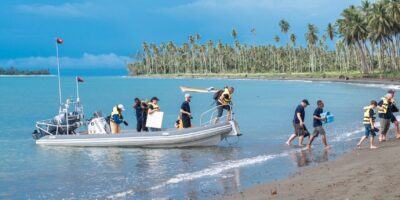