When rivers burst their ancient boundaries, devastation of life and property results. We watched in shock on our screens this week as turbulent, rushing, muddy waters tore at the foundations of houses, tossed cars aside like toys and overturned rescue vessels in Germany and Belgium. Lives have been lost. Livelihoods, homes, families and hopes have been ruined. The culprit, we are told, is climate change.

What happens when ethics and morality burst their ancient boundaries, reshaping the cultural landscape, undermining traditional structures of society and forcing unprecedented social experimentation to the fore? What effect will this have on the welfare of future generations? The culprit, it appears, is a spiritual climate change.

In a week of reflection inspired by past Amsterdammers, including Rembrandt, Vincent van Gogh and Abraham Kuyper, participants in the Summer School for European Studies were challenged by author and lecturer Evert Van de Poll (Christian faith and the making of Europe) to understand the turbulent undercurrents shaping European society today. Evert talks of the SMR society: secular, yet multi-religious. For a long time, despite the process of secularisation, the common values of society were still basically Christian, he explained. Since the 1970’s, however, a shift in understanding of human rights, from protecting individuals from the state, has come to mean the right to non-discrimination, the right for people to live as they desire.

‘European values’ now include diversity and the tolerance of different lifestyles. Marriage has been redefined for the first time in human history. Sexuality without procreation has shifted to procreation without sexuality. Future offspring will not know who their foreparents were, and thus neither their true identity. Diversity in sexual expression embraces unbounded possibilities, none of which can be discriminated against. Olivier Roy (Is Europe Christian?) talks of an ‘anthropological breakup’ since the sexual revolution.

While ‘tolerance’ has always meant the willingness to make room for opinions and behaviours one may not personally accept, the word is now often used to imply ‘acceptance’. In the name of ‘diversity’, all are strongly pressured to conform. Those who resist diversity as an end-goal are not allowed to be diverse themselves. Tolerance, in its original meaning, is not enough and will not be tolerated. Yet diversity belongs to the very nature of God’s creation and is something believers can affirm: within the boundaries of God’s purposes.

‘The curse of modern life‘

In one of his earliest of many lectures and sermons in Amsterdam, a young Kuyper offered a helpful framework on how Christians should view the question of unity and diversity. One afternoon, we traced some of Kuyper’s life and ministry in Amsterdam’s inner city visiting several buildings representing different spheres in which he worked: the newspaper office of De Standaard, the national daily he edited for fifty(!) years; the first building of the Free University (Vrije Universiteit, VU) he founded in 1880; the Nieuwe Kerk on the Dam Square, where at the inauguration of the VU he had famously declared:‘There is not one square inch of human life where Christ, who is sovereign over all, does not say “Mine!”’.

Then we gathered opposite the historic Odean Theatre, where famous artists including pianist Robert Schumann had performed. Here in 1869 the 31-year-old Kuyper spoke to a Christian young men’s club on the topic: ‘Uniformity: the curse of modern life’. On the contemporary European scene, Italy and Germany were in the last phases of their respective unifications, completed in 1871. Kuyper was concerned about the ruthless conformity of both unification processes, but also of the spirit of the Industrial Age where workers were reduced to factors of production on assembly lines making uniform products.

While God’s end goal was unity of the created diversity under the Son of God – In Him all things hold together (Col.1:17) – humankind consistently strove for a rebellious counterfeit unity, such as at Babel, Kuyper told his audience.

He drew examples from architecture, dress, gender, language and commerce to bolster his argument that ‘an iron steam engine is eliminating the rich diversity that used to confer on every enterterprise its own charm’. ‘Where does creation, he continued, ‘which bears the signature of God, exhibit that uniform sameness of death to which people are nowadays trying to condemn all human life?’

Anticipating van Gogh’s fascination with the ‘starry heavens’, Kuyper pointed to the endless variety of heavenly bodies in the night sky. God’s creation displayed a multiplicity of colours and forms. Humanity was divided into nations and peoples, tribes and races, clans and families, all destined for a unity under the Messiah. In the unity of the kingdom of God, diversity was not lost but all the more sharply defined. At Pentecost everyone heard the mighty works of God in their own tongue, he continued.

Yet diversity was not an end goal. It could flourish only within a foundation for unity or it would collapse into uniformity. We should embrace pluriformity as reflecting God’s creativity, but reject diversity for it’s own sake. We can affirm diversity within a shared vision of the common good, and God’s purposes for the human race and creation.

But when diversity bursts the ancient boundaries, rejecting God’s norms and ordinances, devastation will follow.

One response to “Bursting the boundaries” 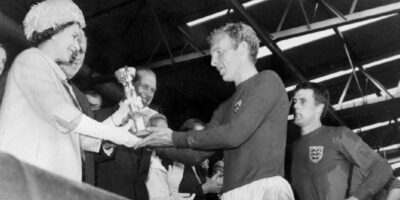