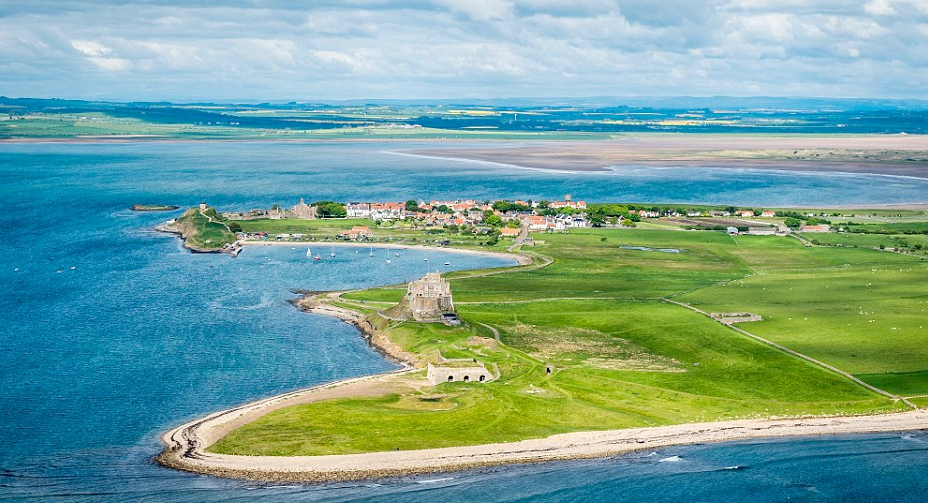 It was a nation much divided over Brexit that our band of fellow travellers encountered as we headed south from Edinburgh towards Canterbury last week to round off this year’s Celtic Heritage Tour. While some we met feared the loss of Britain’s unity and tolerance, others exuded bravado and optimism despite an uncertain future.

We also encountered a much earlier north-south division which had led to a tragic centuries-long loss of an alternative spirituality to that of Rome and its Anglican derivative. For the English–or their pagan Anglo-Saxon forebears–were evangelised from both the north and the south, beginning in the seventh century.

Irish Celtic missionaries who had settled in Iona off the west coast of Scotland had established a sister community on another island on the eastern coast of what is now northern England, just south of the Scottish border. In 635, St Aidan had chosen Holy Island, or Lindisfarne, only accessible at low tide, as an ideal location for a Celtic monastery (see photo). That is still true today, as we could only drive across the causeway within a six-hour window, roughly following the row of tall poles placed at regular intervals across the mudflats to guide pilgrims on foot to their destination. Here and there refuge platforms had been constructed for those too slow to evade the incoming tide.

Early missionaries, among them the brothers Chad and Cedd, had made the reverse trip across the mudflats to begin the challenging task of bringing the gospel to these Germanic barbarians who had flooded into Britain after the Romans had left, pushing the Britons into the western and northern corners of the island: Cornwall, Wales, Cumbria and Scotland. Yes, the English too were unwanted immigrants once. Chad and Cedd were themselves among the first Anglian converts trained under Aidan’s leadership in the Irish Celtic tradition. Both of them were to carry out apostolic missions to their fellow Angles and the Saxons, reaching down as far as today’s Essex, east of London (Cedd), and into the Midlands (Chad).

Meanwhile, from the south, Roman missionaries under the authority of Augustine of Canterbury, sent by Pope Gregory to convert the Anglo-Saxons in 597, had been working their way northwards. Very soon they discovered that Celtic Christianity practised the faith in ways unauthorised by Rome. Tensions grew. The two traditions differed on the shaving of the monastic tonsure, the celebration of the Sabbath, baptism and fasting. They worked from different calendars, one lunar, the other solar. The roots of the Celtic church were in the Coptic or Eastern tradition, and celebrated Christmas on January 6. Easter too was celebrated on different dates, which caused lot of confusion for mixed marriages where one partner was feasting and the other fasting–as was the case of the Northumbrian King Oswiu and his wife Queen Eanfled.

So the king called for a synod to decide once and for all which tradition would prevail. It was held in 664, in Whitby down the coast from Lindisfarne, in a mixed Celtic monastery led by Abbess Hilda. Cedd was to play a pivotal role as translator. Both parties stated their case. The Celts explained their legacy went back to the Apostle John with his emphasis on love. The Romans claimed supremacy over the Universal Church appealing to their patron St Peter. After all, they argued, if Peter had been given the keys of the kingdom of heaven, the king would be wise to get in his good books.

This convinced the king who judged that the Roman Church should prevail. The first English church historian, Bede, writes that all present consented. However, many of the Celtic followers were deeply disappointed, and retreated from Lindisfarne and other monasteries to Iona and Ireland. Whitby marked a turning point in the rise of the Roman Church and the decline of the Celts.

As John Finney writes in ‘Recovering the Past’, ‘the free-flowing, mobile, community-centred evangelism of the Celts was much more effective than the more leaden-footed Roman style’. Yet it was the Roman organisation which Britain inherited rather than the Celtic one. Church laws were introduced to prevent wandering Celtics monks from trespassing on Roman dioceses and parishes, laws which only very recently were repealed by the House of Lords to allow more than one church per parish so that the Fresh Expressions movement supported by the Anglican Church today could multiply new forms of churches.

Celtic spirituality was decentralised rather than hierarchical, relational rather than legalistic, recognised giftings rather than titles, promoted men and women equally in leadership, and saw the light of God in all men rather than stressing fallenness. In a largely non-Christian context, as we often see today, the Celtic model was more effective, Finney suggested.

Sadly, Celtic Christianity was largely forgotten until its rediscovery in recent decades.

And that was a tragic loss. 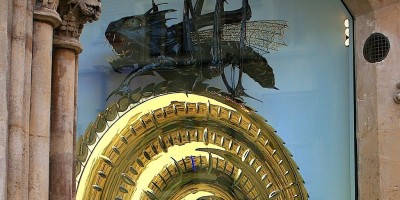 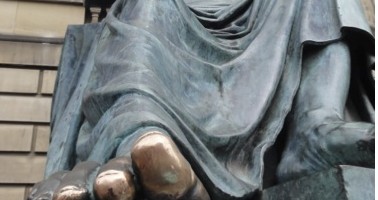