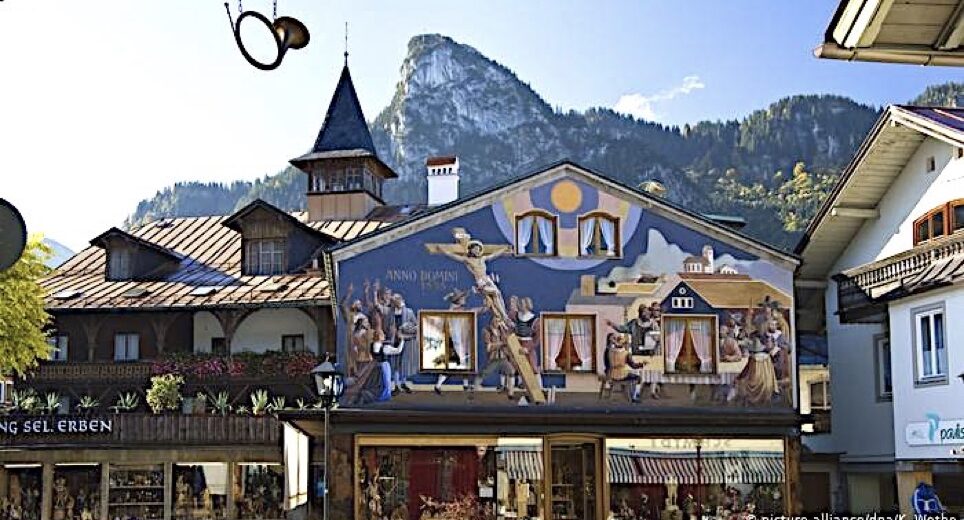 This second easter of the Covid-19 pandemic is a good time to ask ourselves what good God might bring out of this global tragedy. And the story of the German town of Oberammergau is a good place to start.

The Passion story is a tragedy ending in the unforeseen and the unexpected, in surprise and hope. The disciples were disillusioned and disorientated after they had seen their Messiah die on that cruel instrument of execution. How unprepared they were for the discovery that God was at work behind this tragedy!

The story of Oberammergau is also one of tragedy ending in hope. The Bubonic Plague, which claimed two-thirds of the deaths during the Thirty Years War (1618-1648), ravaged through the Bavarian town in 1633 killing eighty villagers, half the population. Legend tells us how the villagers vowed to God that if spared they would perform a Passion Play on the life and death of Jesus every ten years. The deaths stopped immediately, so the legend goes, and the villagers kept their vow, performing the first play in 1634.

The Passion story has continued to be performed each decade since then, interrupted only by the two world wars – and the corona outbreak last year. Over the centuries, Oberammergau has grown into a town of 5000 inhabitants, 2000 of whom are involved directly in the play’s production as performers, musicians and stage technicians. The five-hour production runs over a season of some 100 days and has become a bucket list item for many worldwide. The half a million visitors who planned to attend last year were disappointed by the outbreak of the latest pandemic and now hope the postponed presentation will be able to take place next year.

Over nearly four centuries, the tragedy of Oberammergau has led to the presentation of the gospel story to literally millions from all around the world, a surprising outcome no-one could have foreseen in the midst of the suffering of 1663.

This Easter we find ourselves still in the midst of a global crisis that has cost the lives of nearly three million, which could eventually surpass the (at least) four million fatalities of the Thirty Years War. Unlike last Easter, various vaccins developed in record time now offer hope that the end could be in sight.

Without lessening the suffering of the 130 million who so far have contracted the virus, and the countless millions of loved ones who have suffered indirectly, we are beginning to see some blessings emerge which may help to improve human life everywhere.

One is the development of synthetic messenger RNA biotechnologies (mRNA). RiboNucleic Acid, is a ‘cousin’ of DNA, short for DeoxyriboNucleic Acid, both of which make up the nucleic acids, one of the three or four classes of major ‘macromolecules’ considered crucial for life. (No, I didn’t know any of this before starting to write this blog). The vaccines of Pfizer-BioNTech and Moderna are based on this new mRNA technology. The mRNA has been described as ‘a short-lived, single-strand molecule that carries the instructions from the DNA in the nucleus to the protein-making factory outside it’. The Covid-19 crisis has accelerated research and knowledge about coding this mRNA and is expected to lead to vaccines for other diseases including malaria and cancer.

Another is the increased use of internet leading to new ways of working, meeting, collaborating, informing, researching and tracking. All of us have been forced to meet in new configurations without travel. Telehealth – medical consultation online – has brought help closer to millions without unhealthy commuter travel.

Yet another blessing is that lockdown has confronted each of us with ourselves making us reflect on the deep questions of life. This week, British columnist John Harris asked in The Guardian how faithless people like himself made sense of this past year of Covid. ‘Many of us yearn for meaning’, he added, ‘but in our individualistic, secular society we lack even the flimsiest of narratives to guide us’. Research across 95 countries  showed that the coronavirus pandemic had resulted in a 50 per cent surge in online searches for prayer as people turned to religion to cope with feelings of anxiety and hopelessness. Life without God, he concluded, had turned out to be life without fellowship and shared meaning – and in the midst of the most disorientating, debilitating crisis most of us have ever known, that social tragedy now cried out for action.

Dr Peter Saunders, CEO of the International Christian Medical and Dental Association, urges Christians not to waste the opportunity of a crisis. The pandemic has forced many deep questions of life to the fore. Peter, who will be our guest next Friday April 9, 6pm CEST, on the Schuman Talk, urges us to recognize how God turns curses into blessings. 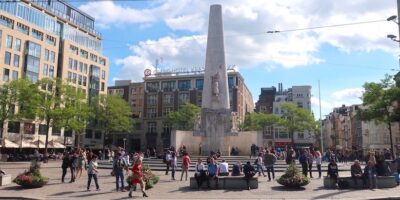 Joining God in the public square 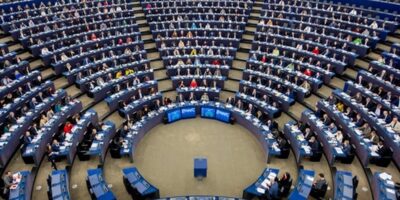