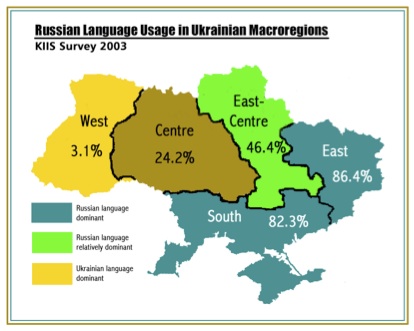 Dr William Yoder, a missionary based in Minsk whom I recently met in England, sent out this commentary on the Ukrainian crisis last week, offering perspectives at odds with much western media coverage. Whether or not we agree with this view, we should recall the prayer of St Francis: ‘Grant that I may not so much seek … to be understood as to understand.’
Yoder: ‘The Protestant sisters and brothers in the large Ukraine claim that Russian soldiers are standing on their territory, and that it is time to defend the fatherland against Russia. Yet Ukrainians in the eastern region of Donbass assure that they are doing the very same: defending the fatherland. So it would appear that Ukrainians are defending the fatherland against other Ukrainians. That would fit the definition of a civil war, even if such a claim is politically highly ‘incorrect’ in today’s Kiev-run Ukraine. A victory by Kiev would lead to people in Eastern Ukraine be driven from their long-time fatherland.
‘Christians in the larger Ukraine are guilty of a serious mistake when they maintain that only the Ukrainian language is capable of uniting the country. Yet precisely this attempt has contributed greatly to the country’s division. Imagine a group of Swiss concluding that Switzerland could only be united under the banner of the French language. That would likely split the country. And Ukraine has probably been multi-lingual as long as Switzerland has.
Poisoning
‘The hate among young Protestants, the poisoning of impressionable minds, really hurts. (This of course can also occur in Russia, but it seems more readily apparent to me when I visit Ukraine.) At a primarily-Charismatic conference, a young participant was met with applause when he compared the annexation of Crimea with the German occupation of Kiev from 1941 to 1943. Generally, Ukrainians serving in the Donbass armies are disqualified as ‘terrorists’. The other way around, Kiev’s Ukrainians are finished off as ‘fascists’. Those are fightin’ words encouraging warfare. Let’s wipe them out of our vocabulary! They have no place among peace-loving Christians.
‘Baptist Parliamentary President Oleksandr Turchinov is calling for a resumption of hostilities in the East. On 6 November he wrote: “You can't negotiate with occupied territories. They can only be liberated.” But have we been stricken with amnesia? Did not the mass destruction of West Ukrainian forces in the region of Ilovaisk at the end of August make very clear that Eastern Ukrainians and their cohorts could not be driven back beyond the borders of Russia? One conclusion from Ilovaisk: Russian interests will not be overcome in this conflict by military means. Would NATO be willing to risk a big, European war for the sake of a 50 km-wide swath of turf? This conflict has no military solution.
‘The option which remains is a return to the negotiation table in Minsk. A vital question would be: “What will it take from Kiev to get the Eastern Ukrainians to lay down their weapons for good?” If no negotiated agreement is possible, then one should divide the country. During the democratically-legitimised run-off elections of 7 February 2010, the now-deposed Viktor Yanukovich received 49% of the vote. So let’s give the Eastern Ukrainians 15% of the territory–a part of the region which they have always inhabited. (Crimea is a different case–it will very likely belong to Russia for a long time.) Of course, not all Eastern Ukrainians– Protestants least of all–desire the creation of a separate state. But a clear majority there does desire that–note the results of the not unproblematic referendum on 2 November 2014.
Division
‘The Western Ukrainians (including Protestants) insist on breaking with their ancient, East Slavonic roots and joining the West. One must of course concede them that if this is truly their desire. Yet that can qualify as democratic only if one also respects the decision of the Ukrainian East. Pro-Kiev Ukrainians believe the dissenters amount to little more than a molehill kept alive by Russia. But the stream of refugees heading towards Russia (significantly larger than the group moving towards Ukraine) and the election results of 2010 indicate otherwise.
‘A splitting of the country would not lead to Ukraine’s demise. In 1993, the Czechs presented 38% of ‘their’ territory to Slovakia. The two peoples remain friends  and their territory is open to all. One should of course add that Czechoslovakia was not giving away property: The Slovaks had an equal right to possess a part of that territory. The same would be true for the eastern Ukraine.’
Yoder concludes: ‘Do you see any other way to peace? Diplomats to the negotiating table; down with arms! Christians can do their part to help this come about.’