Expect the unexpected while driving through Ireland, they warned us. It was a warning worth heeding.

Whether it was a sudden confrontation with a menacing piece of farm machinery on a narrow country lane, or the equally abrupt discovery of monastic ruins linked with the 8th century Celtic missionaries to Austria, or pre-Christian stone circles, Romkje and I were kept constantly on the alert criss-crossing Ireland from coast to coast last week.

Irish humour added its own surprise element. “On this site in 1863”, read one imposing bronze plaque, “absolutely nothing happened”! “For those of you who like this sort of place, this is the sort of place you like”, read another helpful sign. One store selling local handcrafts boasted: “Probably the best crafts shop in the west”; while further up the road it’s more modest competitor informed passing motorists: “Possibly the best crafts shop in the west”….

The most pleasant surprise, after seeing the ugly sectarianism in some neighbourhoods of Northern Ireland the week before, was the discovery of an opposite spirit of reconciliation growing among Christians in Ireland, north and south. ‘Evangelicals and Catholics Together in Ireland’ (ECTI) is a broadly-based Call to Christians – Roman Catholic, Protestant, Pentecostal and New Church believers – “to build friendships as disciples of Jesus Christ, that we may more clearly witness to Him, our only Saviour and Lord”.

Rob Clarke, our YWAM leader in Dublin, introduced us to his close colleague and friend Paddy Monaghan, a key networker in the country, and one of the initiators of ECTI. Paddy immediately said we had met before, probably at King’s Lodge, the YWAM centre in the Midlands of England where he and his wife Anne attended a Crossroads DTS a decade ago.

About that time Paddy had begun to describe himself as an Evangelical Catholic – which, to most people, was about as logical as talking about frozen steam. But Paddy was convinced of the common biblical ground and
wrote to Patrick Johnstone, compiler of Operation World, challenging him to include figures on the number of Evangelical Catholics in his country-by-country analyses. Patrick replied expressing his willingness to do so, but asked, “what exactly is an Evangelical Catholic?”

So Paddy drafted a response, since co-signed by over 50 Irish Catholic leaders and published ‘with Ecclesiastical Permission’. The full text includes the following statements:

‘Evangelical Catholics are committed to:

This document has been an important stepping stone toward the later ECTI initiative, as expressed in a 16-page document detailing

It concludes with the sentence: “We know this is a time of opportunity and of responsibility for Christians from all traditions to be Christians together in a way that helps prepare the world for the coming of Him to whom belongs the kingdom, the power and the glory forever. Amen”

As far as I know, this is the only European response to the American “Evangelicals and Catholics Together” initiative in 1995, signed and endorsed by Chuck Colson, Jim Packer, Os Guinness, and Bill Bright among others.

Who would have thought that Ireland could lead the way in Europe in Catholic-Protestant relations?!

Well, they did warn us. Expect the unexpected.

Jeff Fountain< p.s. Former YWAMer Tim Nichols edits a Christian internet magazine at www.irishchristians.org with articles, a Christian events guide, bulletin boards and links to other sites, for those interested in the Irish scene. 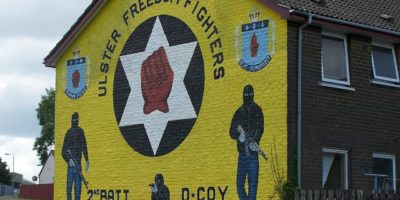