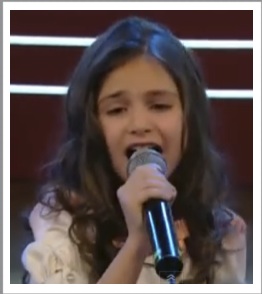 Early last Wednesday morning, several hundred politicians, civil servants, diplomats, businessmen and women, church leaders, and activists sat together at table in the European Parliament building in Brussels for the annual European Prayer Breakfast.
One of some 130 similar gatherings around the world, the Prayer Breakfast is a meeting place focused around Jesus and his teachings. In Washington it has been attended every year by the incumbent US president since 1953. It has grown into a series of meetings, seminars, luncheons and dinners, inspiring similar gatherings around the world. Speakers in Washington have included Mother Teresa, Bono and Tony Blair.
The Brussels breakfast is hosted by members of the European Parliament. Recent speakers have included the former president of the EP, Jerzy Buzek, and Herman van Rompuy, who just days ago finished his term as first President of the European Council.
Peace
At last week’s breakfast, two speakers were invited to address the theme: ‘In Me you shall have peace’, based on John 14:27 – Peace I leave with you; my peace I give unto you. It is not as the world gives that I give unto you. Do not let your heart be troubed, and do not be afraid.‘
Dutch MP Gert-Jan Segers of the ChristenUnie noted that the command–Do not be afraid!–appeared 365 times in the Bible: ‘once for each day.’ Were we willing to stay by our calling, however tough that may be? he asked his audience. The film Of Gods and Men, about nine Trappist monks living peacefully with the largely Muslim population of Algeria, illustrated how tough that choice may be, he said. Seven of the nine were kidnapped and assassinated in 1996 when they found themselves caught between opposing sides in the Algerian Civil War.
While those monks were called to stay in Algeria, Dietrich Bonhoeffer was called to return from America to Germany, where, just days before the end of the war, he was hung for his complicity in the plot to kill Hitler. Yet his writings lived on, continuing to inspire new generations, Segers observed. The peace Jesus promised was not freedom from but within tensions and strife.
Florica Chereches, a member of the Romanian Parliament, represented the newly-elected President Klaus Ioannis, leader of the National Liberal Party and a member of the Evangelical Lutheran Church. She described his surprise election victory last month as an answer to the prayers of many for integrity and competence to replace corruption and cronyism.
Asking her listeners if they had known moments of fear,  Ms Chereches unfolded her own dramatic story of discovering the peace of Jesus in the midst of trouble. Pregnant and with two young children, she was awaiting the return of her husband, a professional cellist, from a two-month concert tour in northern Europe. Then she received the news he had been killed driving home after falling asleep behind the wheel.
Trust
‘Alone, afraid and unemployed–that’s when I knew I had to trust God,‘ she said, ‘and I held on to Psalm 34. I chose to bless the Lord at all times.’ Ms Chereches entered politics after remarrying and having had a fourth child.
After prayer around the tables for  situations of conflict, persecution, slavery and political hardship, 10-year-old Bulgarian singing phenomenom, Krisia Todorova, brought smiles all round the moment she opened her mouth. Runner-up at this year’s Junior Eurovision Song Festival in Malta, little Krisia surprised all present at the breakfast with such a mature and confident rendition of Amazing Grace.
The closing prayer for the breakfast was read by Tunne Kelam, MEP from Estonia, a leading dissident under Soviet rule and one who deeply appreciates the blessing of European unity. I asked him for his written notes so others could also pray this prayer:
Almighty God in Jesus Christ,
We are thankful for this miracle to be able to gather here freely in Your name, people from many countries of Europe, in the belief that You are the real source of life, peace and hope.
We pray for all people who experience persecution, imprisonment, torture and even face death because they persevere in their faith in You. We ask for Your mercy and help to save Christians, our brothers and sisters in Iraq, Syria, Nigeria, Pakistan, North Korea, China and many other countries.
We pray for the Ukrainian people that peace and unity could be restored there in justice and good cooperation and that all nations in that region could respect one another as equals. We pray expecially for those who have sacrificed their lives in the name of freedom and human dignity.
We pray for Europe as a whole. We ask that You bring us closer together in the spirit of Jesus. Help us to discern better and more clearly what is right and serves the common good, and what is selfish, short-sighted and cowardly. Enlarge and refresh our perception so that we can discover the spiritual roots of Europe, its Soul that makes us all members of one family – citizens of your kingdom.
Amen!

3 responses to “Gathering around Jesus”