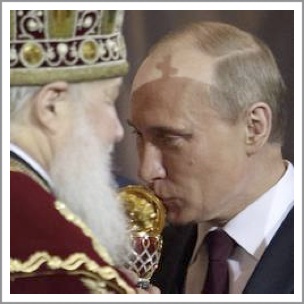 ‘Forget about the world being flat. Forget technology as the great democratizer. Forget the niceties of international law. Territory and the bonds of blood that go with it are central to what makes us human.’

So Robert Kaplan responds in this week’s TIME magazine to the disbelief and disorientation among western leaders about Russia’s heavy-handed annexation of the Crimea, many of whom are meeting in The Hague as I write.
In his recent book The Revenge of Geography (Random House, 2012), Kaplan reminds the Thomas Friedmans, who think that globalism based on neo-liberal values will the shape the future, that geography hasn’t gone away. The western elite may largely have forgotten about it, he writes. But in the East-West struggle for control of the buffer state of Ukraine (as well as in events in the Arab world and in East Asia) is geography’s revenge.
Three decades of reporting from various corners of the world has convinced Stratfor’s chief political analyst ‘that we all need to recover a sensibility about time and space that has been lost in the jet and information ages’. In response to glib talk by ‘elite moulders of public opinion’ about what Friedman labels a flat world, Kaplan promises to ‘push up hard’ against the notion that geography no longer matters.
Institutions
Russia remains illiberal and autocratic because, unlike Britain and America, it is not an island nation. It is a vast continent with few geographical features to protect it from invasion. Putin's aggression stems ultimately from a fundamental geographical insecurity. Ukraine simply matters to Putin more than it matters to the United States or even to Europe because of geography–including Russia's need for access to the warm waters of the Mediterranean via the Black Sea.
Ukraine has a long border with Russia with no formidable geographical boundary features. Thus, even as Putin needs Ukraine and Crimea more than the West does, he also has more leverage over Ukraine and Crimea than the West does. Geography dictates that natural gas deposits are primarily in Russia rather than in Ukraine. Ukraine is thus dependent on Russia for not only trade, but energy, too.
So, geography still matters.
And so does theology, according to the Jewish Kaplan. He caught my attention recently with another, different observation about Russia’s recent behaviour which struck me as relevant to our upcoming State of Europe Forum in Athens. In a widely published article entitled ‘Elections don’t matter, Institutions do’, Kaplan, author of numerous influential books and articles including Balkan Ghosts, The Coming Anarchy, The Arabists and The Ends of The Earth, he observes that Russia’s system of oligarchs is a tell-tale sign of weak institutions. Corruption merely indicates an alternative pathway to getting things done when laws and state bureaucracies are inadequately developed.
Institutions, Kaplan repeats in various places in his writings, are key to the genius of Western civilisation, perhaps even more so than democracy. For enlightened dictators like Lee Kuan Yew in Singapore have built solid institutions for order, prosperity and relative freedom, where weak democracies in Africa have not.
Accident?
Addressing corruption in the Balkans, Eastern Europe and Russia, Kaplan argues that the Eastern Orthodox faith has never encouraged strong institutions, impersonal standards, transparency and rule of law. Compared to Protestantism, and even Catholicism, Orthodoxy’s contemplative nature accepts the world as it is, corruption and all, having created its own alternative order.
Work, for Orthodox monks, is almost a distraction, he writes in Balkan Ghosts, keeping them from the worship of heavenly beauty. While western Christianity, Protestant and Catholic, emphasises both ideas and deeds, the Eastern emphasis is beauty and mystery, with Orthodox services recreating heaven on earth.
Geography, religion and history remain of primary significance, Kaplan concludes; yet for two decades now, Europe's elites have believed that we were suddenly ‘all identical creatures in a global meeting hall’. Is it simply an accident that the countries in direst financial and political straits in Europe today are mainly in the southeastern and southern parts of the continent?
Unfortunately, according to Kaplan, an ahistorical generation of Eurocrats in Brussels and elsewhere decided to form a geographically wide-ranging currency union, composed of countries with a vast variety of historical and developmental experiences, without also forming a political union to better manage the single currency.
Here is much to reflect on as we prepare to address the crises affecting our southern neighbours in Athens in May.