For the past two Sundays, my home church in Auckland has been exploring God’s fingerprints in history.

Last week, Anna, a member of the church leadership team, gave an inspiring talk on ‘God’s fingerprints in Aotearoa New Zealand’. She recalled the Māori prophet, Toiroa, who in 1766 prophesied about the arrival of the Europeans: ‘The name of their God will be Tama-i-rorokutia (Son-who-was-killed).’ Three years later, Captain Cook arrived, followed by the Church Missionary Society missionary Samuel Marsden in 1814. Henry Williams arrived in 1823 to contextualize the story of Jesus into Māori culture, translating the New Testament by 1837 and the Old Testament by 1857. Māori themselves spread the message so that by 1852 over ninety percent of Māori were Christian.

The Treaty of Waitangi (pictured above) saw New Zealand become a British colony in 1840,  a covenant between two cultures brokered by missionaries designed to protect the distinctiveness of both but to combine their destinies. Unfortunately the colonial government betrayed the treaty through unjust landgrabs, resulting in the New Zealand wars.

Still, biblical themes of liberation from oppression inspired prophetic and millenarian movements among Māori, including a nonviolent resistance settlement in Parihaka, Taranaki, met by violence, destruction and unjust imprisonment.

Recent years thankfully have seen tribunals and hearings leading to restitution and recognition of official injustices.

What made Europe Europe?

Anna’s talk raised the question, how did these Englishmen receive the gospel? Which in turn begged another question: what made Europe Europe? Yesterday, it was my turn to explore these questions with the church on the topic: ‘God’s fingerprints in the story of Europe’.

I was raised and baptised in this Baptist church, planted by Charles Spurgeon’s son, Thomas. I recalled my own struggles seated in that auditorium during my university days trying to reconcile my faith with my studies.

Secular education had given me little perspective to understand God’s fingerprints in history.  I shared with the congregation how those years had set me on a quest to understand how and where God had been at work in history.

I had come to realise that studying official church history was not going to be upbuilding, with its crusades, inquisitions and religious wars. While realising we could not ignore the dark chapters of history, I began to learn to focus on the story of the faithful minorities who shaped history disproportionately through their lifestyles of obedience.

So, I asked, what indeed had made Europe Europe? We talk of Europe as ‘The Continent’, when in reality it is the western peninsula of the Eurasian landmass. Our European foreparents came from the east, were polytheists (hence the names of Wednesday- Woden’s day, and Thursday – Thor’s day), and gave us Indo-european languages. So how and when did Europe became so distinct from Asia with its own identity?

The one answer is: when the Bible was introduced! This book changed everything. It opened a worldview of one, good, forgiving, loving, compassionate God, who had created humans reflecting his own image. All humans were morally equal before this God who taught the key to flourishing life was love: for God and neighbour. These three factors: imago Dei and hence sanctity and human dignity, moral equality and love became essential foundations for Western civilisation.

Unbelievers also recognize the impact of this book. Arch-atheist Richard Dawkins says: you cannot understand European history without understanding Christianity and the Bible. Author Tom Holland came to the shocking – for him – conclusion that the Enlightenment assumption that it owed nothing to Christianity was unsustainable. His book Dominion unpacks this assertion, as does my Schuman Talk with him.

Brave story-tellers like Paul, Patrick, Columbanus, Boniface and countless others had introduced the story of Jesus to Europe’s unreached peoples in the first millennium – including the then pagan-English, or Anglo-Saxons.

In fact, I reminded the congregation, the names of key messengers resulting in the evangelisation of the Irish, the Scots and the English, were scattered across Auckland city as churches and schools known to all: Patrick, Columba, Kentigern, Aidan, Oswald, Cuthbert and Chad. These are among those story-tellers we follow in our Heritage Tours, either online or on the road, as circumstances allow. (Next week we embark on an online Continental Tour – you can still join up).

Despite all the travesties done in the name of God and religion, we can detect God’s fingerprints through all the centuries – when we know where to look.

Even in our modern, secular times, we can see God’s fingerprints in the much-criticized global missionary movement. Accused of aiding and abetting western imperialism, we can recognize its incomparable contribution towards global democracy and development, as Robert Woodberry has researched. And also in the post-war reconciliation in Europe with Robert Schuman, and the spiritual uprising leading to the downfall of communism, as I have often written before.

One response to “God’s fingerprints in history” 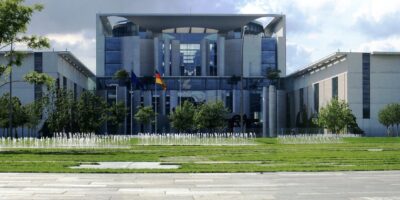 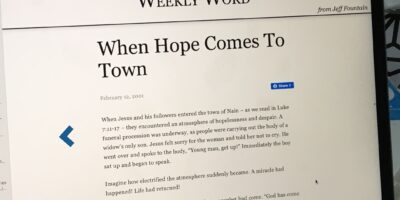