Opened in 2001, the Federal Chancellery (Bundeskanzleramt) in Berlin is the largest government headquarter in the world, about eight times the size of the White House in Washington.

The eighth floor, 200 square metre apartment in the official seat of the German Chancellor was immediately occupied by the then chancellor, Gerhard Schröder.

His successor however, a pastor’s daughter from Communist East Germany, has preferred to live in the same private apartment in Berlin where she lived before being elected in 2005, like any other German citizen.

A former scientist with a doctorate in quantum chemistry, Angela Merkel shops for groceries herself whenever possible, queuing up at check-out counters. With no household help, she shares chores with her husband: ‘I arrange the clothes, and my husband operates the washing machine.’ When asked by journalists why she wears the same clothes so often, her answer has been: ‘I’m a government employee, not a model.’

When she became Germany’s first female chancellor, she was seen by her own party as a ‘temporary’ leader, plugging the gap until a ‘true’ successor to Helmut Kohl emerged. Proving she was not to be underestimated, Merkel today is recognised as one of the world’s most successful and trusted political leaders.

Tony Blair, George Bush, Jacques Chirac and Silvio Berlusconi were all in office when she was elected. Fifteen years and seven Italian prime ministers, five British prime ministers, four French presidents and four American presidents later, the 66-year old Merkel prepares to leave office this year enjoying popularity both from her own compatriots and globally.

A recent Pew Research Center survey of fourteen countries revealed high levels of confidence in the Christian Democratic Union leader. Four out of five Germans trusted her leadership and often affectionately call her ‘mutti’ (mother). Across the nations surveyed, three in four expressed confidence that she would do the right thing in world affairs – higher than for Emmanuel Macron (63%), Boris Johnson (50%), Vladimir Putin (23%), Xi Jinping (19%) and Donald Trump (17%).

Adjectives used to describe her include ‘steady’, ‘diplomatic’, ‘calm’, ‘rational’,  ‘straightforward’, ‘reliable’, ‘humble’ and even ‘boring’, but – in stark contrast to many of the world leaders she has outlasted –  never ‘glamorous’, ‘erratic’, ‘charismatic’ or ‘corrupt’.

Her leadership was soon challenged by the financial crisis of 2008, which shook both the eurozone and the global economic system, and drove the economies of southern Europe towards hopeless debt. Her tough, unpopular budget cuts and fiscal austerity were at the heart of the response to the eurozone debt crisis which led both Germany and Europe back to growth, with the chancellor emerging as Europe’s de facto leader.

Merkel has acted on what she deemed to be morally right, rather than politically expedient; ending nuclear power in Germany following the Fukushima nuclear disaster in Japan in 2011, and opening Germany’s borders to over a million Syrian refugees in 2015.

‘If we can save the banks, we can save the human beings,’ she said at the time. Many criticized the move, and the far-right anti-immigration party, Alternative für Deutschland, grew in support. Despite this, she was re-elected for a fourth term. The AfD has since faded in the polls, and her policy of welcoming refugees and migrants into a country facing a demographic time bomb seems now to be paying off economically. Half the working-age refugees were employed as of February last year.

Last year Merkel faced her last major challenge head-on. The COVID-19 pandemic was not just ‘a hoax’ or ‘a light flu’, as initially dismissed by some world figures. ‘The situation is serious’, she urged. ‘Take it seriously!’ With 15 million more people than Britain, for example, Germany has suffered half the fatalities.

In her final budget debate late last year, Merkel passionately urged her compatriots to fight the spread of the coronavirus. ‘Conspiracy theories are not only dangerous and untrue,’ she told the Bundestag with emotion and passion. ‘They are also cynical and cruel to those who are suffering.’ She spotlighted the Turkish-German husband-and-wife developers of the world’s first reliably approved drug, the BioNTech-Pfizer vaccine, developed in Mainz. Noting the 60 nationalities working for the company, Merkel could ‘think of no better example of how European and international cooperation, the strength of diversity, brings progress.’

To a response of loud and sustained applause, she declared: ‘Never have we greeted the new year with so much hope, despite all of our concerns and skepticism.’

May God grant us new leaders with the humility and moral clarity of this pastor’s daughter – for Germany, for Europe and for the world. 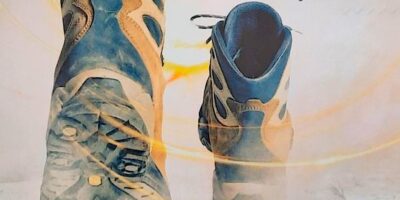 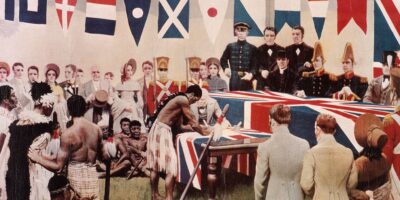