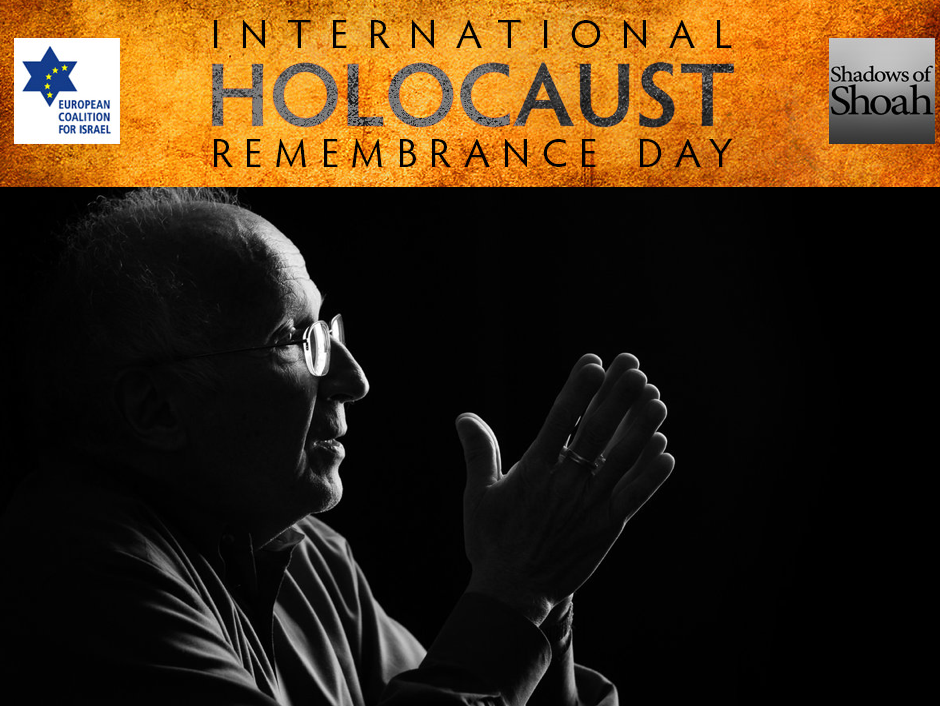 Today, Monday January 27, is International Holocaust Remembrance Day, a day to remember the victims of the genocide that resulted in the annihilation of six million Jews.

For 69 years ago today, Soviet troops entering Auschwitz concentration camp in Poland were met by a ghostly gaggle of survivors, the ‘lucky’ ones left behind after 60,000 other prisoners were forced to leave the camp just days earlier on a grisly death march.
The United Nations General Assembly voted in 2005, on the 60th anniversary of the liberation of the Nazi camp, to designate this day as a permanent international reminder of the ghastly realities of the Holocaust.
The European Union adopted the day officially the same year, as did a number of European nations, including Germany, Britain, France, Italy and Scandinavian countries. Other countries have chosen dates related to their own local histories. Israel observes 27 Nisan in the Hebrew calendar in April or May as Yom HaShoah (Holocaust Day), but commemorates 27 January as a mark of the struggle against anti-Semitism.
In January 2005 European Coalition for Israel initiated and organized the first Holocaust Remembrance Day event in the European Parliament in Brussels. It has since grown to become an official event of the European Parliament, hosted and organized by the President of the European Parliament.
Since then the ECI has called upon churches and faith communities in Europe and beyond to honour the victims of the Holocaust in their Sunday service nearest to the 27th, this year on the 26th.
Anti-semitism
The recent rise of anti-Semitism in Europe has challenged European lawmakers as they are faced with new forms of anti-Semitism which are difficult to regulate under existing laws. The new Nazi-style salute, the so-called quenelle, popularised by French comedian Dieudonné, is a good example.
Whereas in recent years anti-Semitism and racism have been a problem primarily among football supporters in the stands, they have now found their way down to the centre field, with some high-earning professionals making the quenelle salute in front of millions of TV viewers. Given their high visibility and position as role models for the younger generation, this spells further trouble for Europe.
What the salute actually means continues to be hotly debated, but Dieudonné himself has been convicted seven times for inciting hatred against Jews and may well be on the way to his eighth trial. This time, it will be for implying that a Jewish journalist belongs in a gas chamber. French Interior Minister, Manuel Valls, has stated that the quenelle salute is a gesture of hatred and anti-Semitism and that it breaches French anti-hate laws.
ECI Executive Director Tomas Sandell, whom I’ve known personally for over 20 years, believes the best way to counter this new rise in anti-Semitism is through education. In collaboration with Shadows of Shoah, the ECI launched its annual educational campaign ‘Learn from History’ with newly-released videos of Holocaust survivors sharing their own testimonies in short, but powerful, black and white videos.
As Tomas explains, the genuine testimonies of surviving victims of the Holocaust become increasingly important at a time when media personalities such as Dieudonné and a growing number of European parliamentarians have either openly denied the existence of the Holocaust, or simply trivialised its meaning.
Exhibition
Shadows of Shoah is the work of New Zealand photographer and composer Perry Trotter. An exhibition was officially launched by the Prime Minister of New Zealand, John Key, at the International Holocaust Remembrance Day event exactly a year ago. Shadows of Shoah videos can be viewed here.
In London, on Tuesday January 28th, the film Nicky’s Family will be shown in Cadogan Hall telling the story of Sir Nicholas Winton, sometimes called ‘the British Schindler’. Winton, now 104, rescued almost 700 Jewish children from certain death in Nazi concentration camps. Some of those he saved will be present. His story ends with the legacy of his brave deed – a family of about 7,000 today, in turn encouraged to do good deeds.
With fewer and fewer survivors of the Holocaust still alive today, ECI and Perry Trotter have given us some powerful tools for keeping its memory alive.
Till next week,
Jeff Fountain