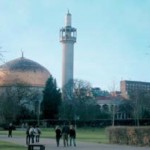 Across Europe this month, Muslims are celebrating the annual feast of Ramadan, the Islamic month of fasting from dawn to dusk. Meanwhile, many of us are confused as to how to respond to what is commonly seen as an ‘un-European’ religious celebration.
Ramadan this year coincides with the hot debate in America about the controversial ‘Ground Zero’ mosque, an issue being given attention in European editorials too; as well as the murder in Afghanistan of ten members of a mainly Christian medical team, (whose leader by the way, Dr Tom Little, attended a DTS at Heidebeek in the late 1970’s).
Emotions are running high. Debates are generating more heat than light. Like it or not, we’re engaged in an issue which will not fade away.
Fear plays a major part in our responses. So let’s try to shed some light on the subject.

Complex
How many Muslims are there really in Europe? And how ‘religious’ are they? Well, that depends on what we mean by ‘Muslim’. And what we call ‘Europe’.
There are no clear answers. Statistics are incomplete and often incompatible, and it’s not necessarily easy to define a ‘Muslim’. Darrell Jackson and the Nova Research Centre of Redcliff College (www.novaresearch.eu) have discovered that the ways Muslims relate to Europe and its member countries is complex and confusing. One French study counted ‘people of “possible Muslim faith” whose ancestry is from countries where Islam is the dominant faith.’
What do we know about Muslims in Europe? asked Darrell and his colleagues. How religiously observant are they and what influence does living in Europe seem to have on religious practice?
The European Values Study (EVS) has surveyed a sample group of 11,500 Muslims over the past thirty years with the question: ‘How often do you attend a religious service?’ (www.europeanvaluesstudy.eu).
Even in historic Muslim-majority countries like Albania, Bosnia and Turkey, almost a quarter of those who self-identity as ‘Muslim’ never attend a mosque. A further 5.4% claim they go less than once a year. In other words, about a third of all citizens in Muslim-majority countries may not be religiously observant and are better described as ‘nominal’ or ‘secular’ Muslims. Another third attend mosque weekly, with the remaining third somewhere in between.
However, less than one in four Muslims attend mosque regularly in European countries like Bulgaria, Croatia, Romania, Russia, Macedonia, Serbia and Montenegro with historic (or indigenous) minority Muslim populations.

Nominal
Only one in ten Muslims in France (with Europe’s highest proportion of Muslims at 8%), consider religion very important in their lives; and a good majority say they never pray, according to a 2008 study.
Likewise, a Free University of Brussels (ULB) report in 2005 estimated that only one tenth of the Muslim population of Belgium were ‘practicing Muslims’.
A further recent study in Sweden indicated that as few as 15% of second-generation Muslims could be considered ‘religiously active’.
Taken together, concludes Darrell, these statistics suggest that in European countries where Islam is a migrant and minority faith, one third of that Islamic population attends mosque at least once a week, a further third attends only once a year, and a final third never or rarely attends a mosque.
NOVA estimates 15 to 18 million is a likely total for all Muslims living in the European Union, one third of which attend mosque weekly. That amounts to about one per cent of the 500 million citizens of the EU.
One per cent!
And yet between two-thirds and three-quarters of all self-identified Muslims celebrate Ramadan.
Which I suppose is the equivalent of all the ‘Christians’, nominal and active, who celebrate Christmas.
So let’s continue to pray especially for the nominal majority to experience divine encounters this Ramadan.
Till next week,
Jeff Fountain