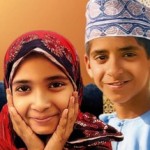 This week Muslims all across Europe will be joining their fellow believers around the world in prayer and fasting for the holy month of Ramadan. An extra challenge for many of the faithful this year will be the long wait for sun-down before they can break their daily fast. For this year Ramadan, which is based on a lunar calendar, falls on the northern hemisphere summer (August 11-September 9).
Also this year, Ramadan falls in the middle of a growing protest in America against plans for an Islamic centre near Ground Zero in New York. And in Holland, a right-wing minority government is being formed with the support of the outspoken anti-Islamic Geert Wilders, creating insecurity for Dutch Muslims of all stripes and colour.
Millions of Christian believers, however, are grasping this season of prayer and fasting as a means to identify themselves with Muslims for an annual season, and to pray for God to reveal himself to Muslims during a time of the year when they are particularly ‘religious’.
They are responding to a call which first went out in 1992 for Christians globally to pray for the Muslim world.
The “30 Days” prayer movement was thus launched, to coincide with Ramadan each year. While disagreeing with Islamic ideas, theology and practice in several areas, the movement emphasizes God’s love for Muslims. It encourages all believers in the Messiah to cultivate a spirit of humility, love, respect and service toward Muslims.
Diversity
A really helpful and informative prayer guide is available in numerous languages to coordinate, inspire and inform prayer in a rich diversity of forms.  You can download the guide in pdf form, or order hard copies from www.30-days.net, or subscribe to a free e-mail version in which prayer topics are sent daily via the internet.
This is no longer a topic for ‘specialists’. All European Christians have (potential) Muslim neighbours and we all can benefit from the high-class information and presentations prepared by “30 Days”.
This year’s guide begins with extracts from the Grace and Truth Document, an affirmation from a global network of Christians, most of whom live and serve among Muslims. Jesus calls his followers to experience and live out the love of God, they remind us. Christ came to the world “full of grace and truth.” Yet many, because of cultural differences, threats of terrorism and negative stereotypes of Muslims, shrink back from fulfilling Jesus’ command to love all people.
The Islamic world includes secularists, modernists and traditionalists, as well as extremist Islamists promoting militant jihad. Recognizing this great diversity, the Grace and Truth Document affirms nine biblical guidelines for Jesus’ followers relating to Muslims of every persuasion.
Neighbours*
1. Be Faithful to God’s Truth – the Whole Truth: Relating to Muslims with respect, understanding and love includes bearing faithful witness to essential truths of the gospel.
2. Be Jesus-Centered in our Interaction: A Jesus-centered approach to Muslims does not confuse the good news with Christendom, patriotism or our civilization.
3. Be Truthful and Gracious in our Words and Witness: Overstatement, exaggeration and words taken out of context should not be found among followers of Jesus.
4. Be Wise in our Words and Witness: We need to embrace that which is impartial and sincere, neither glossing over vital truths nor telling only one side of a story.
5. Be Respectful and Bold in our Witness: Respectful witness focuses on giving a positive presentation of the gospel, not attacking the other or avoid presenting truth.
6. Be Prudent in our Google-ized World: An out-spoken leader may try to clarify a controversial statement. But the damage is already done. Prudence is required.
7. Be Persistent in our Call for Religious Freedom: We defend the right of Muslims to express their faith respectfully among Christians and of Christians to express their faith respectfully among Muslims. Thus we stand against all forms of religious persecution toward Muslims, Christians, or anyone else.
8. Be Peaceable and … Uncompromising in our Dialogue: Dialogue between Muslims and Christians provides us with opportunities to understand Muslims, build relationships, engage in peacemaking and share our faith. We seek to share the gospel respectfully and boldly, without compromise – as Paul “reasoned with” people (dialegomai – Acts 17:2, 17).
9. Be Loving toward All: The world’s Muslims are our neighbours, as Jesus used the term (Luke 10:29-37). The command of God to his people stands for all time: “Love your neighbour as yourself” (Lev 19:18; Luke 10:27b).    (*You can download the full document from www.30-days.net)

So, I wish you a fruitful Ramadan!
Till next week,
Jeff Fountain