Marriage Week is over and Valentine’s Day too. But now the homework begins. For improving our marriage relationships and family relationships is a daily task that never ends.

That’s quite a challenge in the context of the major changes taking place in the family domain over recent generations. We hear constantly about declining marriage rates, increasing divorce rates, the normalisation of co-habitation, the legalisation of same-sex marriage and falling birth rates, all of which have shrunken the average EU household to a mere 2.4 people.

Despite all these changes, data gathered by the European Values Study suggests that European attitudes to family remain surprisingly conservative. An overwhelming majority still prefer the ‘married-with-children’ lifestyle, despite the liberating sixties, emancipation and individualisation.

In fact, family remains of the utmost importance to people. According to the EVS, eighty-four percent of Europeans say that family is very important, twice as many as those who find friends very important.

Most Europeans believe parents should do their best for their children, even at the cost of their own well-being. And as recent mega-marches in France have demonstrated, most also still believe that for a child to grow up happily, both a father and a mother are necessary.

Little angels
Children set the limits on individualism, it seems. Where children are involved, people abandon individualistic behaviour in favour of traditional family patterns. The EVS research concludes that children and their well-being are becoming an important, if not the most important, issue in the domain of family.

In fact, the centre of the family has shifted from the father to the child. The ‘image’ of children has shifted: they have become ‘little angels’, requiring and deserving high investments and intense emotional involvement from their parents.

That is, when couples have children. But today, having children is optional. They are no longer an economic necessity, a provision for old age, a duty to God or to society. Having children, and how many, are matters of personal and free choice, influenced by the availablity of contraceptives and emancipation in the market place.

According to the editors of the Atlas of European Values, the publication of the EVS, individualisation is the driving force behind these changes. Values promoting autonomy, privacy, self-actualisation and personal happiness are side-lining more collective values. For example, obedience as an important quality for children to acquire at home is losing ground to independence, say the editors of the atlas.

Attractive
We can be sure that marriage and family will continue to shape European society, despite all the variations being promoted today. Neither marriage nor the family is the ‘property’ of the church or of Christianity; both existed long before Jesus walked this planet. The unhealthy ‘marriage’ of church and state over the centuries has resulted in much abuse of the church’s role in controlling people’s lives and marriages.

Her responsibility is to teach and proclaim, rather than to compel behaviour. Luther and Calvin argued that marriage was a natural condition subject to natural law, principles which hold true because of our human condition, not because of any moral imperative. Believers should live such lives of fidelity to the marriage covenant as to make the Christian teaching attractive.

The fact that our fellow Europeans continue to value family ahead of friends, work, leisure time, politics and religion as the most important thing in their lives should make us stop and think, observed Jim Memory in a recent edition of the mission bulletin Vista.

Perhaps, he suggested, it was time to consider again what ‘mission to families’ might mean in 21st Century Europe. 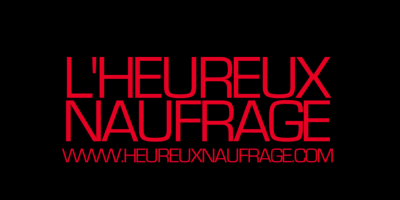