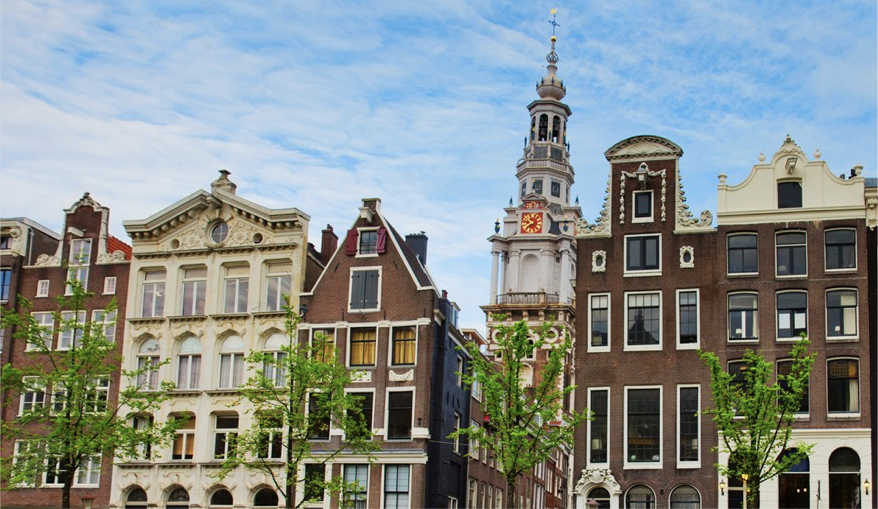 In the cool of the Schuman Salon during Brussel’s tropical heat on Saturday, the discussion centred around our view of the future. What had our various church backgrounds taught us?

From six different nations, participants of the European Studies Course reflected on our expectations of the future. Mostly, it seemed, we had picked up negative views of the future. American “Left behind” eschatology, which assumed Europe would become the ‘beast’ of Revelation, still influenced many evangelical and charismatic Christians. An earlier generation had been raised on “The Late Great Planet Earth”-hype of the ’70’s, which fostered short-sightedness and wide expectation that the end was nigh.

Low future expectations corresponded to a lack of teaching about how to face the future, other than a vague belief in the return of Jesus and of the faithful ‘going to heaven’, wherever that might be. Just what we should expect and what we should be praying and working for between now and then was rarely addressed.

We hear plenty of reasons to be negative about the future, of course. Climate change (for those who believe in it), the islamisation of Europe (for those who believe in that), the loss of traditional values and national identity (whatever they ever were), the fear of terrorism, falling birth rates, an increasingly intolerant secularism, the undermining of democracy, the rich-poor gap and much more.

So how can we live as people of hope in the midst of such negative trends?

We talked on Saturday about four ‘apps’ or concepts to be grasped or downloaded into our hearts and minds.

The second ‘app’ is that of ‘the wheat and tares’: we should not only see the tares or weeds, the negative, but also remind ourselves of the positive things God is doing, the wheat. Too often news is focused on the negative, not on what God is doing, even here in Europe.

App three is the realisation that Christianity is all about death and resurrection. Christian history does not resemble a cannon ball trajectory, peaking sometime in the middle ages and doomed to disappear over the horizon. Rather, it is an up and down pattern of apostasy and renewal, apostasy and renewal, much like in the book of Judges. Even if we are living in times of spiritual decline, we can look forward to the next thing the Spirit of God will do. Our hope is not based on current trends, but on God’s character and his purposes, two unchangeable things (Heb 6:18,19).

The fourth ‘app’ is that God has always worked in the Bible and in history through faithful minorities to bring transformation. When we see that challenges our spiritual ancestors often faced in the past–like Francis of Assisi, Martin Luther, John Wesley and many others–and the renewal and transformation they brought, it builds faith and hope for what God can do again.

In his second letter, Peter writes three times in chapter 3 about ‘looking forward’ to God’s future (vv 11-14). This is in a chapter often interpreted to mean that God will destroy this earth and create a new heaven and new earth. Many conclude that there is no purpose therefore in creation care, and no future for this planet. More accurately, Peter is writing about a renewed and restored earth and a renewed or cleansed heaven or spiritual realm to which we can look forward. This is in keeping with Paul’s passage in Romans 8 about creation itself being liberated from its bondage to decay–not destroyed.…! (v.21)

So where can we be equipped to engage constructively for tomorrow’s Europe? How can we develop faith, hope and vision for a Europe that would be more pleasing to God?

The Masterclass in European Studies at De Poort in Amsterdam, Aug 1-5, is designed to equip professionals, church leaders and workers, student and youth workers, teachers, missionaries, social workers and anyone called to make a difference in Europe. Professor Dr Evert Van de Poll and myself will teach interactive sessions on Europe’s past, present and future. We invite you to join us. I’m looking forward to it. 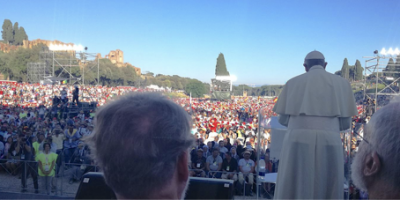 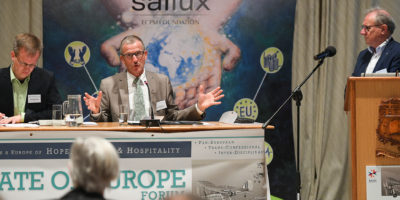