Could Donald Trump’s most positive legacy perhaps be to help make Europe great?

After all, since his inauguration just four months ago, European voters–warily observing the chaos, confusion and contradictions across the Atlantic–have been scared away from populist options in the Netherlands, France and now Germany.

Wilders, Le Pen and the AfD populist party leadership in Germany have had the wind taken out of their sails by the negative Trump effect. Which begs the question, what might have happened in the Brexit referendum had the presidential election come first?

Last Sunday’s unexpected wins by Angela Merkel’s party in elections in Germany’s most populous state, North Rhine-Westphalia, boosts the likelihood of the chancellor remaining in office until 2021. Two Sundays ago, Emmanuel Macron won his place in the Élysée Palace until 2022. In the most favourable political climate since the economic crisis hit in 2008, the two leaders met last week to discuss a fresh start for the European project.

Even Theresa May’s chances of winning a mandate to stay in Downing Street until 2022 further enhance prospects of stability and continuity in Europe despite the rough Brexit negotiations ahead.

Not that the goal should be to make Europe, or any nation, great at the expense of others. The question we asked ourselves at the State of Europe Forum in Malta recently was how Europe could become a place of hope, of healing and of hospitality–both for Europeans and non-Europeans. With or without inadvertent help from the White House, the task ahead remains hugely challenging, as George Weigel, author of ‘The Cube and the Cathedral’, warned forum participants.

Speaking via video about the external and internal great threats to Europe’s well-being, the American professor began with Vladimir Putin’s determination to rebuild Stalin’s empire. The Russian leader’s perception of himself as the ‘defender of Christian civilisation’ was in itself peculiar. But more threatening was the extraordinary propaganda programme Russia was conducting throughout the western world, a danger to the entire democratic enterprise throughout the north Atlantic world.

Revelations of the Trump team’s bizarre flirtation with the Kremlin underscored the disturbing fact that, as Weigel said, American interest in Europe was at its lowest ebb since the 1930s: ‘and we all know where that unfortunate vacation from history ended up.’ The political leadership to call the United States out of this current ‘vacation from history’ did not seem available at present, he lamented.

Other contributors to the forum echoed these concerns, including Dutch General Arie Vermeij (photo above) who gave examples of cyber warfare on Russia’s borders with the Baltic states and Finland, where photos of girlfriends and wives of western soldiers on duty near the borders were mysteriously appearing on dating and sex sites. (See video of morning plenary sessions).

Threats to Europe’s future were not just external, cautioned Weigel. Internal challenges included indifference, if not hostility, to the intellectual and moral foundations on which European civilisation has rested for millennia; a too-prevalent culture of arrogance and bureaucracy; and the demographic winter facing each EU member state, at root a selfish and short-sighted focus.

Weigel quoted the German legal theorist Böckenförde who had summed up these threats a generation ago: the modern secular liberal democratic state rests on a foundation of moral and cultural premises, on a fund of social capital, that it cannot itself generate. Or as Pope John Paul II put it: it takes a certain kind of people living certain virtues to make free politics and free economics work so that the net result is genuine human flourishing.

We should not expect secular politicians to lead the way. Until faith communities accepted a sense of responsibility for Europe’s future, and the convictions were restored which were at the root of the project of European integration when it began in the aftermath of the Second World War, the way forward for Europe would remain doubtful, he told the forum.

Other speakers at the forum fingered Europe’s moral failure in various areas. Maltese legal expert Dr Katrine Camilleri spoke of 2016 as Europe’s ‘year of shame’, when EU leaders signed the ‘infamous’ deal with Turkey to stem the flow of refugees without giving due regard to the needs of the asylum seekers. The trend was towards more restrictive policies, criminalising and punishing the undeserving, she said.

‘I fear a world where the church is not taken seriously, where church and theology are seen as co-evil with superstition,’ said a concerned Dr Henrik Syse of the Norwegian Nobel Committee, adding that faith communities needed to emphasise the seriousness of climate change.

In her closing address, the President of Malta, Marie-Louise Coleiro Preca, said Schuman believed that the rebuilding of the European community would only be possible if it was deeply rooted in basic Christian values.

Europe’s future is not Trump’s responsibility. It’s ours. 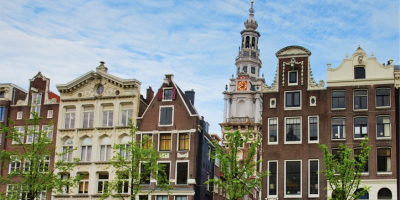 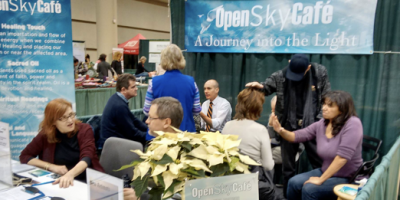